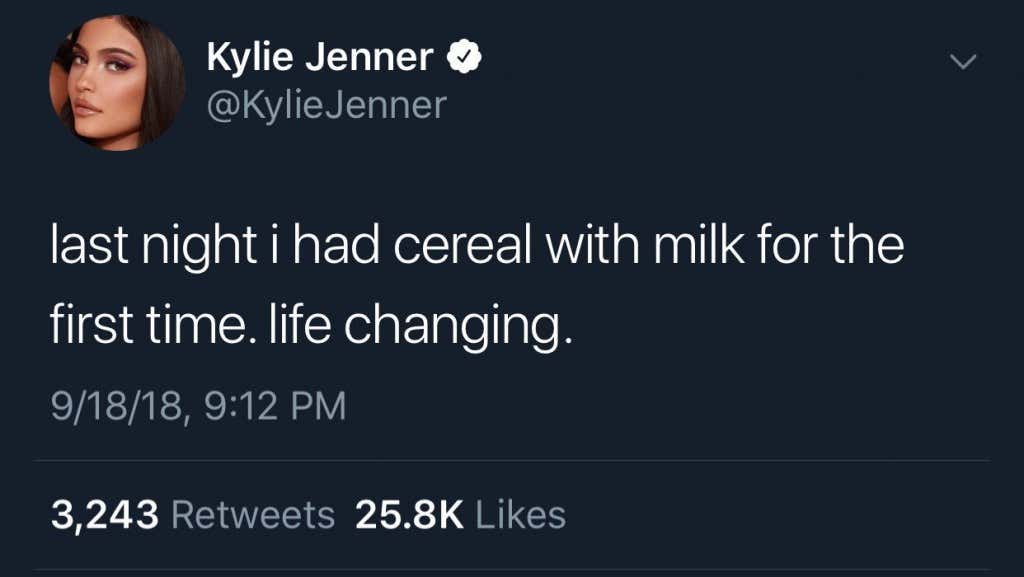 As everyone already knows it was “Make An Enemy” Day here at Barstool, and I was left out in the cold, dateless. It was Prom all over again for the Mick Man with the clock winding down. Luckily, the cosmos knew I was in desperation and lobbed me a series of words so loathsome that I’ll never be the same ever again.

HOW ARE YOU 21-YEARS OLD, WITH A CHILD, AND HAVE NEVER ONCE TASTED THE GLORIOUS NECTAR THAT IS CEREAL AND MILK? WHAT DOES THAT EVEN MEAN? HOW IS THAT EVEN A POSSIBILITY?

Legitimately I want to know how wealthy a person is that they’ve never even eaten cereal with milk. I’m uncomfortable even typing the phrase “cereal with milk” because that’s just what fucking cereal is. You eat it dry as a snack, as we’ve all done, you have to go out of your way to say that it’s dry or by itself. Cereal inherently is a milk-based food. Cereal is more tied to milk than peanut butter has ever been tied to jelly.

And the worst part is when I type “Kylie Jenner cereal” into the old Google machine THOUSANDS of articles pop up because she’s posted pictures with Lucky Charms before. 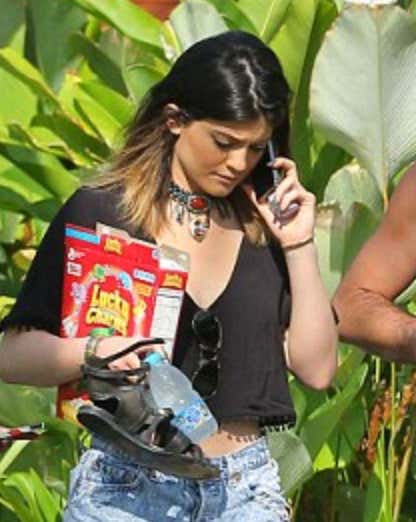 In fact she’s so rich she’s been sent MARSHMALLOW ONLY boxes of Lucky Charms. 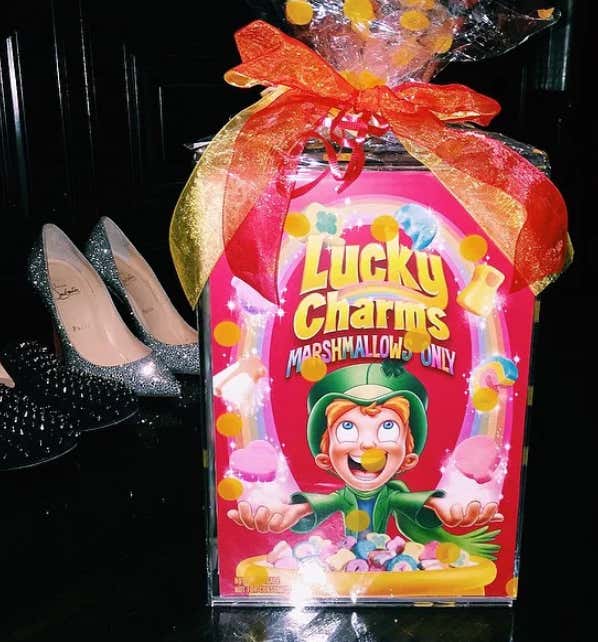 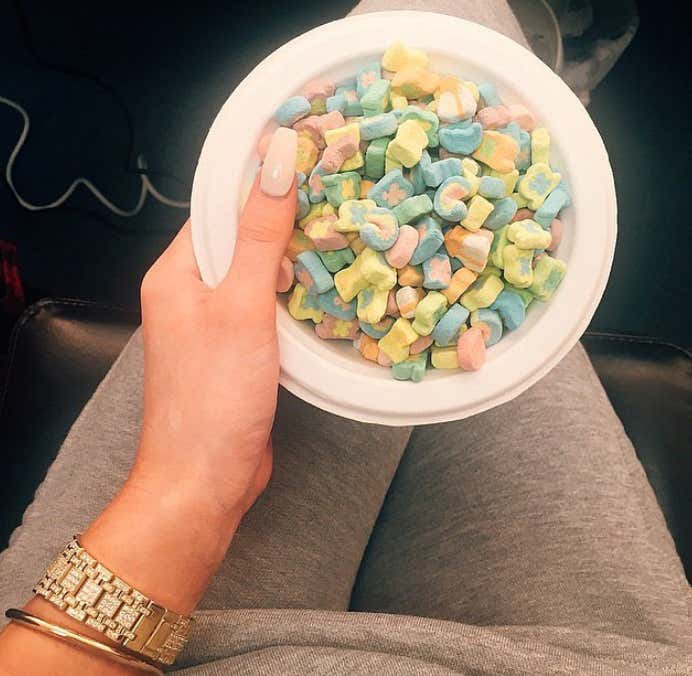 I understand that celebrity comes with certain perks us normals aren’t privileged to experience. But in all honesty: what the fuck? Is there no God? How is a person who has never had cereal with milk prior to September 18, 2018, allowed anywhere near such a sacred box of cereal that every one of us had fantasized over as children after being poured a bowl with simply too many cheerio bits before scampering off to school. I’m hopping mad about all of this ordeal. It would be one thing if she had flat out never had cereal before. It’s the fact that she seemingly loves one type of cereal, has traveled with it around the world, and had never once dared to mix it with sweet, sweet cow juice will cause me many sleepless nights for the foreseeable future.

The only thing Kylie was right about in her tweet was that this news was, in fact, life changing. She just didn’t realize whose life she was even talking about. It was me. Cause from here on out, I’ll never be the same. How could I now that I know there’s a level of rich so far away from us commoners they don’t even know the simplest of life’s true joys: cereal.