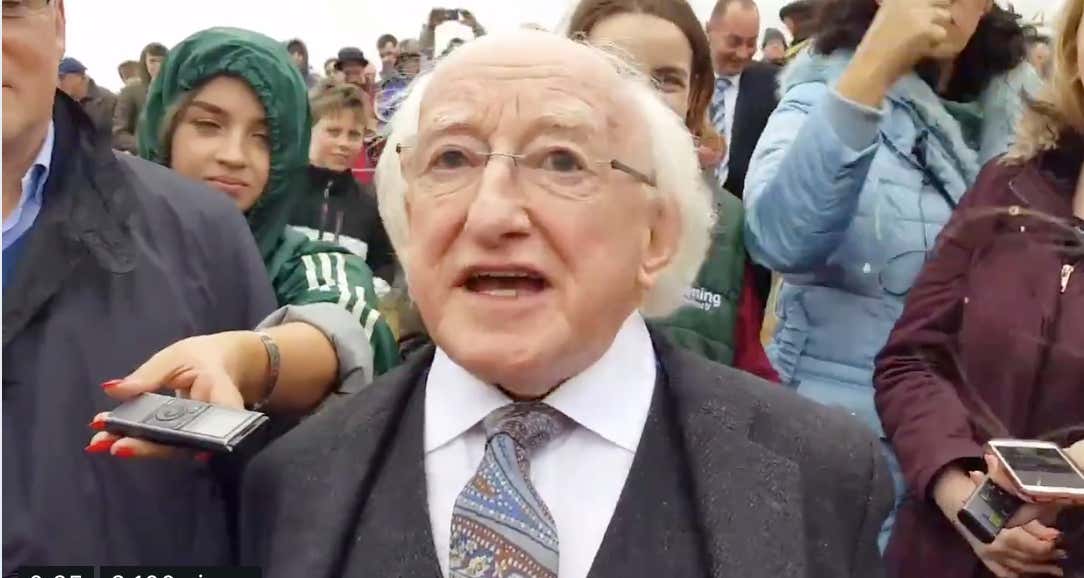 I dont know anything about this fella but I would absolutely love to start my day by tossing the wee lad into my front-breast pocket and having him discuss politics with everyone we encounter. Seems like he’s the kinda guy who remembers everyone’s name too.

He’d be hanging out of my pocket and going over the injustices of the two-payer system in healthcare while keeping the crowds regaled with his demeanor and prose. He’d be shouting about the rights of all citizens and how they are inalienable. I’d smile and nod while he carries on for hours on end and be his protector when need be. Leprechauns, after all, dont know spells of protection. People are often confused by this fact. Dont ask them to do spells.

After a long day, some bollix from the back would shout that my presidential friend was a leprechaun. Can you believe that? In 2018? No chance. Not on my watch. I’d say something to the grimy bastard and defend the President’s honour. I spelled it the English way out of fucking respect (something the fella in the back could learn from).

The President would say it didnt bother him at all, that he’s used to elementary insults and whatnot. But, sadly, I could see the sting in his eyes because he’d been demeaned. I’d begin to rub under his chin like he was the tiniest kitten in the world who is barely big enough to lap up milk from his saucer (bowl).

“There, there, Mr. President. You’re not a leprechaun and I’m offended that anyone would say something like that. Enjoy your milk.”

Of course he was enjoying his milk with Lucky Charms. Dont be insane. He fucking loves cereal.