There are certain moments in your life where you always remember where you were. The older generation says the JFK assassination and the moon landing. A more modern answer is 9/11. Well yesterday, reading Seth Rogen’s tweet was one of those moments. I will never forget where I was when I found out that Player Number 2 controlled the motherfucking DUCKS in Duck Hunt. I was sitting on my couch at 6 in the morning, watching Alvin and the Chipmunks: Chipwrecked with Shea and Keegan. Which are all important details: enough time in life had passed where there have been FOUR (4) installments of major motion picture Chipmunks movie staring the guy from Mallrats, I had procreated twice, and one of them was already old enough to dominate the television from me. All that shit had gone down between Duck Hunt’s release in 1984 and now for me to learn that you could fly around the screen as the ducks and try to avoid the gun blasts.

My Special Ed ass spent the better part of the last 3 decades with the Nintendo Zapper pushed up DIRECTLY against the television screen flat out slaughtering ducks. BLAM! BLAM! BLAM! Look around and you see nothing but a field of fucking dead birds as my dog and I stand with our hands over my head, Odoyle Rules. 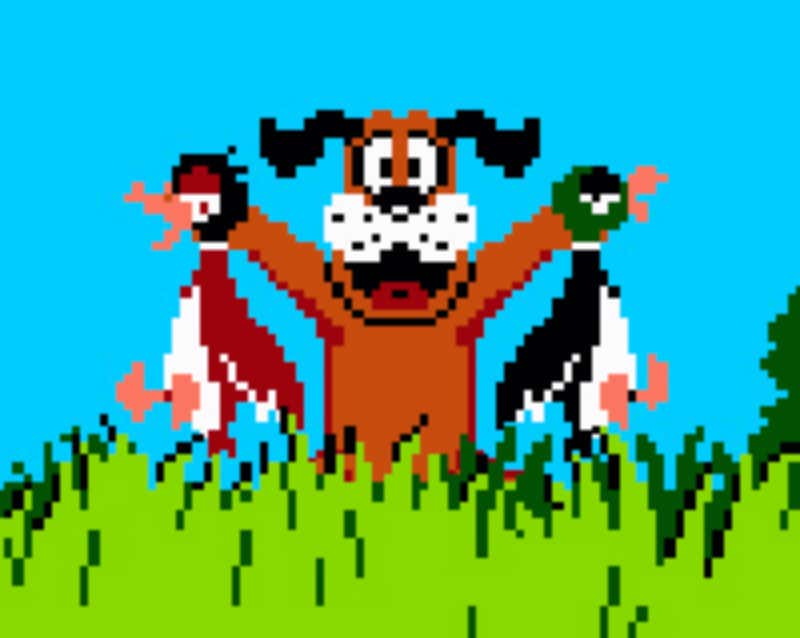 King of the Jungle. Top of the Food Chain. Never once do I consider stepping back and challenging myself and I most certainly do not plan to play as the fucking DUCKS. What’s next? Playing as the cardboard cutout in Hogan’s Alley? Playing as the space ships in Galaga? Being the Ghosts in Pac-Man?? Alright that would actually be Fire. Like a MFing Bounty Hunter up in that maze. (Programming note for all the kids out there reading this who were born after 1994 and have no idea what’s going on: I’m KFC and I’m one of the best bloggers round these here parts, and these are all video games that used to BANG. Literally. With a controller that was a dope ass gun. True story that gun looked so fucking cool I once took a pair of scissors and cut the cord off so I could walk around with it while playing pretend. Super Producer BC was not happy.)

If you’re from the younger generation, this is almost like playing as one of Smitty’s bushes in Fortnite. If you were every psychotic enough to play 2 player Duck Hunt with your friends and you were the bitch boy playing with the controller instead of the Zapper you probably amounted to nothing in life and you should kill yourself.

PS – If there was a 3rd player and I could be that Dog laughing in everyone’s fucking face, sign me up for that.