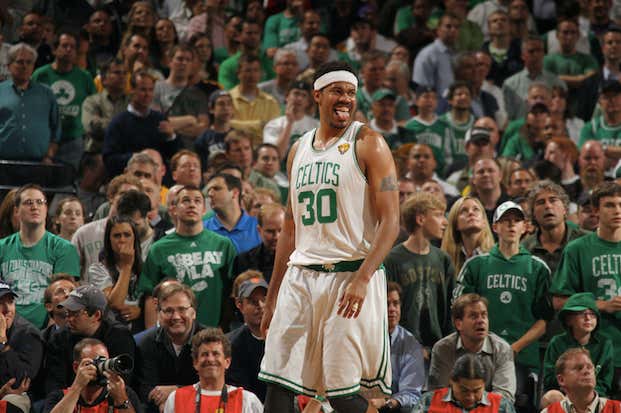 I couldn’t let the day pass without throwing a quick shoutout and happy birthday to the legend that is Rasheed Wallace. Sheed turned 44 today, and that at first made me feel a little old and for a brief moment in time a little angry because my brain immediately went to Game 7 in 2010 and that whole ordeal, but I quickly was able to eat those feelings and look back on Sheed for all his glory. I won’t get into whether or not you consider him a HOF player given that they seem to let everybody in, but here’s what I do know when it comes to Rasheed Wallace.

– Most importantly, he let us know in fact that the ball…does not lie

– Sheed was part of two awesome teams in both the Jail Blazers, and those early 2000s Pistons. Two drastically different teams yet they both had a huge impact in their respective era. Portland was where we got our first look at Sheed as the player and Sheed as the trash talker. Then in Detroit we saw him as that lethal veteran who could take over games and was part of the best defense the league has ever seen. I hope people still remember how ridiculous that dual Wallace front court was. Two complete monsters.

And sure, that last season with the Knicks when he was 38 was a bit of a disaster, but I won’t hold that against him one bit. He told them to cut the check and Dolan listened. From a Celtics perspective it was a little bit of a full circle moment since he was part of a trade that brought the Celtics Tony Allen, and then he eventually got to play with Tony Allen for that one season. He was awesome until that one stretch in Game 7 where he was gassed and fouled out at a time where we really needed him to not foul out but that’s a different story for a different blog.

If you grew up watching the Rasheed Wallace era, I can’t imagine you don’t love the guy. He was a stretch four at a time where not every team had one, and from basically 2001-02 on Sheed was taking no fewer than 3 3PA a night. The ultimate three point line to three point line PF as he got older, what I always respected about Wallace was that even if his game started to decline his mouth never did. He talked shit until the very last minute, which is exactly what I would have expected.

So happy birthday Rasheed Wallace. Your free Ball Don’t Lie shirt is in the mail, promise.