I’m out of ideas with how to turn this around. Sincerely and totally lost. Last night I smoked a pack of rally cigs by the 6th inning. I’ve sat on every piece of furniture, bled my gums dry with chewing tobacco, listened to radio, watched without audio, worn every iteration of rally cap and good luck boxers and even sacrificed an adorable baby lamb to the baseball gods in my dad’s garage just to get the Cubs bats going and still nothing. Like I said I’m out of ideas. 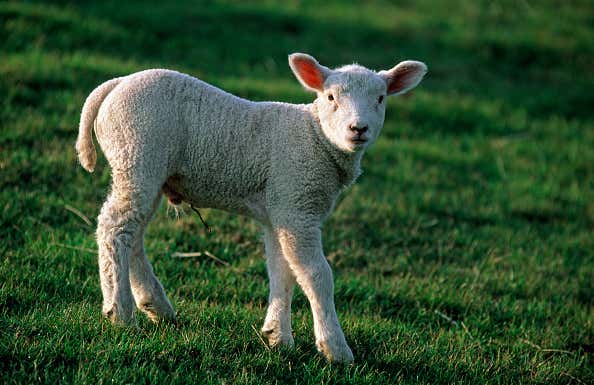 The Cubs offense just got embarrassed at home by an overwhelmingly forgettable group of starting pitchers. The pressure is legitimately on and for one reason or another the Cubs have responded with downright awful baseball, which blows for obvious reasons. This is a phenomenal group of extremely talented players with every 5-star resource at their fingertips. It’s a group that averages 27 years old, otherwise known as the physical prime of your professional baseball life. And it’s a group that should be able to muster more than 5 ER in 27 innings against the God Damn Milwaukee Brewers.

But that’s where we’re at right now. It’s September 13th in case you didn’t know and the Cubs haven’t had an off day in awhile. Specifically it’s been 23 days notwithstanding 4 hour rainouts in DC on a travel day. Obviously that too blows, but the fact Joe Maddon’s parading that around town as a big Fuck You to MLB doesn’t do anyone any favors either. Growing a pair of cherries and setting a bad boy tone does, which is why I would like to turn my attention now to Anthony Rizzo flying to Washington D.C. last night after losing to the Brewers: 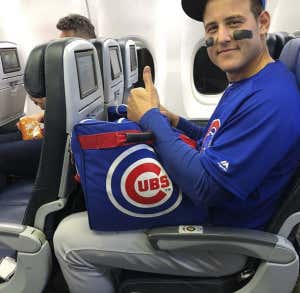 Full uniform. I couldn’t love this move any more with or without a C on his chest. It’s oozing nostalgia and I’m a sucker for those little league vibes. I wouldn’t be surprised if Rizzo organized a Sandlot style camp out at Nationals Park just to bond with his boys. And if he didn’t, you can expect someone from the Cubs is reading this right now thinking Hey Maybe Carl Is On To Something. Maybe I am. Maybe not. But we can all agree that this team needs to loosen up BIG TIME and there’s no better person for the job than Anthony Rizzo (AGAIN) with or without a C on his chest. When all else fails leave it to him to be just weird enough. See: Rizzo naked Rocky dancing in the 2016 World Series down 3-1. Also see: Cubs 2016 World Series Championship. It’s time to get weird folks.

Finally, Joe Ross is pitching for the Nationals tonight opposite Mike Montgomery. It’s notable because Joe Ross hasn’t pitched in the big leagues since July of 2017 due to Tommy John surgery. Initially most thought Max Scherzer would get the ball this afternoon but Nat’s manager Davey Martinez, former Cubs bench coach and notorious Joe Maddon disciple, has decided to start Joe Ross instead. We’re talking certified damage goods in Joe Ross. This is a gift from the baseball gods and for the life of me I need the 2018 Chicago Cubs to make it count with 7+ runs. Need Need Need it because lord almighty this bullpen needs a mental breather. Hang Joe Ross out to dry early and never look back. PLEASE.

PS - Red Line Radio is now a Barstool Sports podcast. If someone sees Kerry Wood tell him to get off the couch and respond to my emails thx.