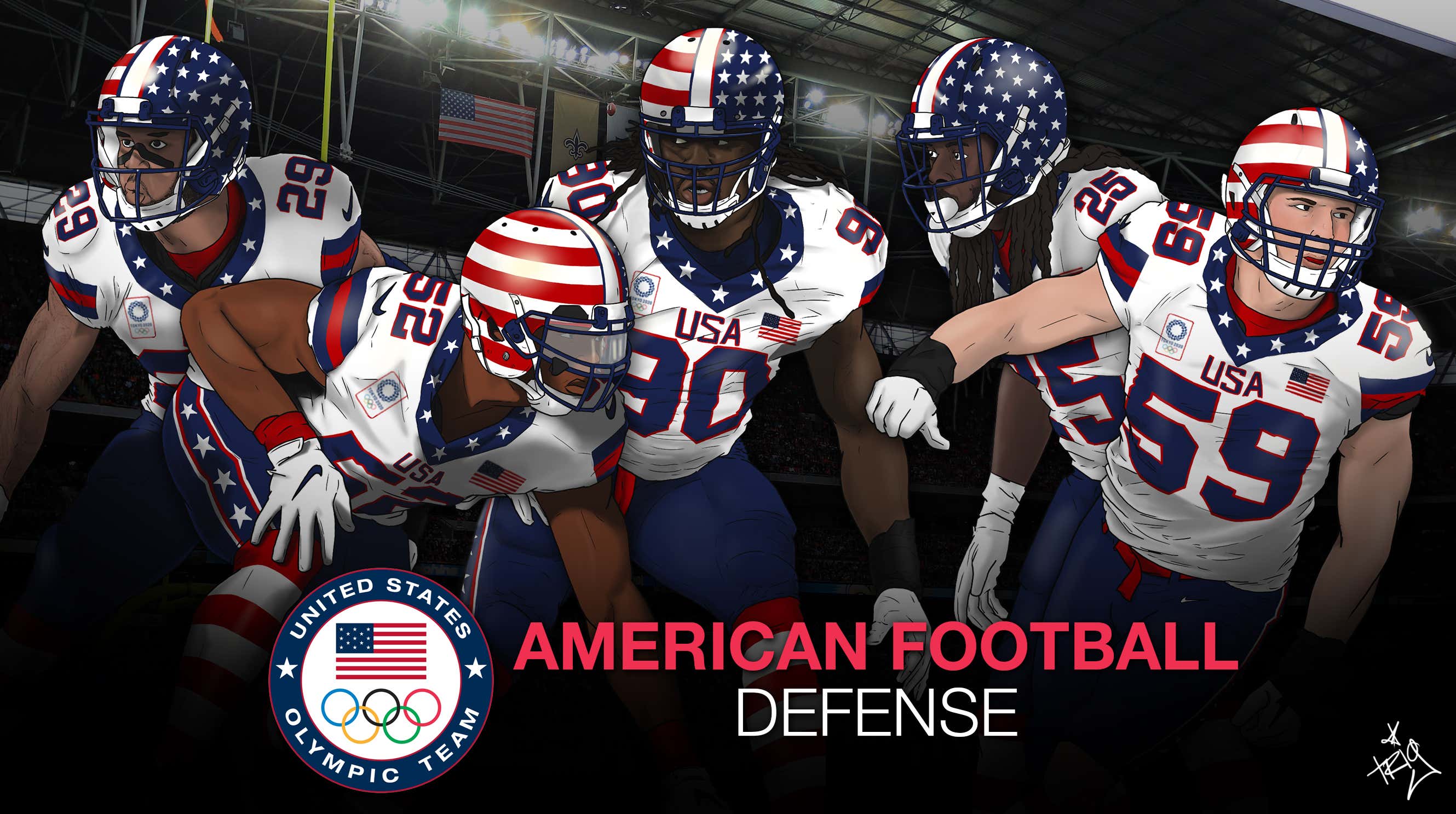 I can tell by tweets and comments that many people didn’t read my top paragraph yesterday, so I will note again that the teams were decided by a fan vote on Twitter.

If you missed the first part of my series yesterday, the Team USA Offense, just click here to read it. The idea of this whole thing is to figure out what the Olympics and Team USA would look like if American Football was an Olympic sport. I set up a vote on Twitter where people picked the players that they would want to see represent Team USA. No, this is not just the All-Pro team, as Team USA basketball teams don’t always have just the best players top to bottom. Sometimes there are second tier players and even some young rookies (see Anthony Davis and Christian Laettner). Again, this is basically just fan fiction for football. The offense looked dominant, but they might not even need to score many points, because the defense might not give up one touchdown the entire Olympic Games.

Huge shout out to @TrigDraws on Twitter, who did all of these cartoons. 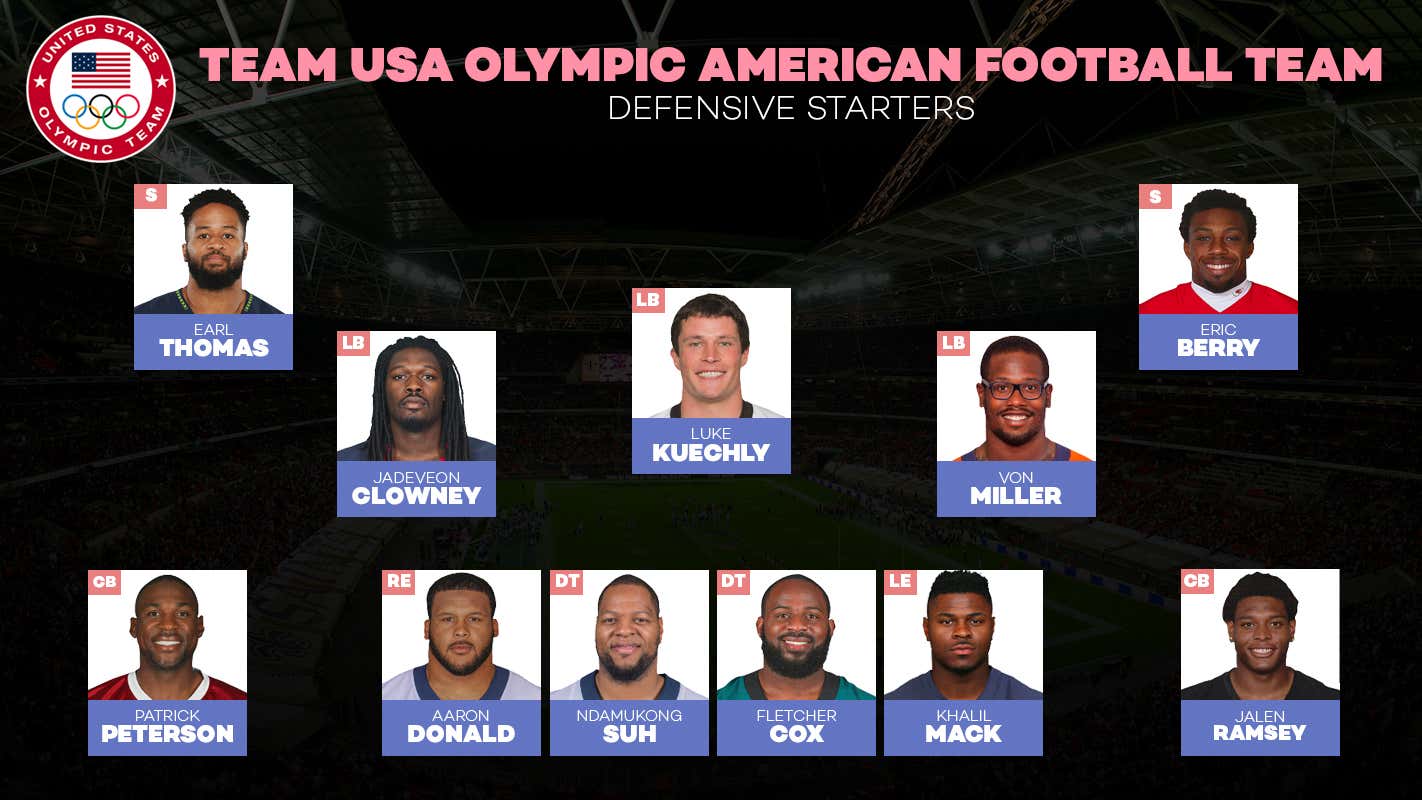 I am sure some countries could match up to the size of Team USA, but no one will be able to find guys who can match up in regard to football skillset and techniques. The speed and size of guys in pads alone would put Team USA in a position where scoring against them is nearly impossible.

Would it take three offensive linemen to contain Ndamukong Suh? What about Fletcher Cox? The answer might be yes. 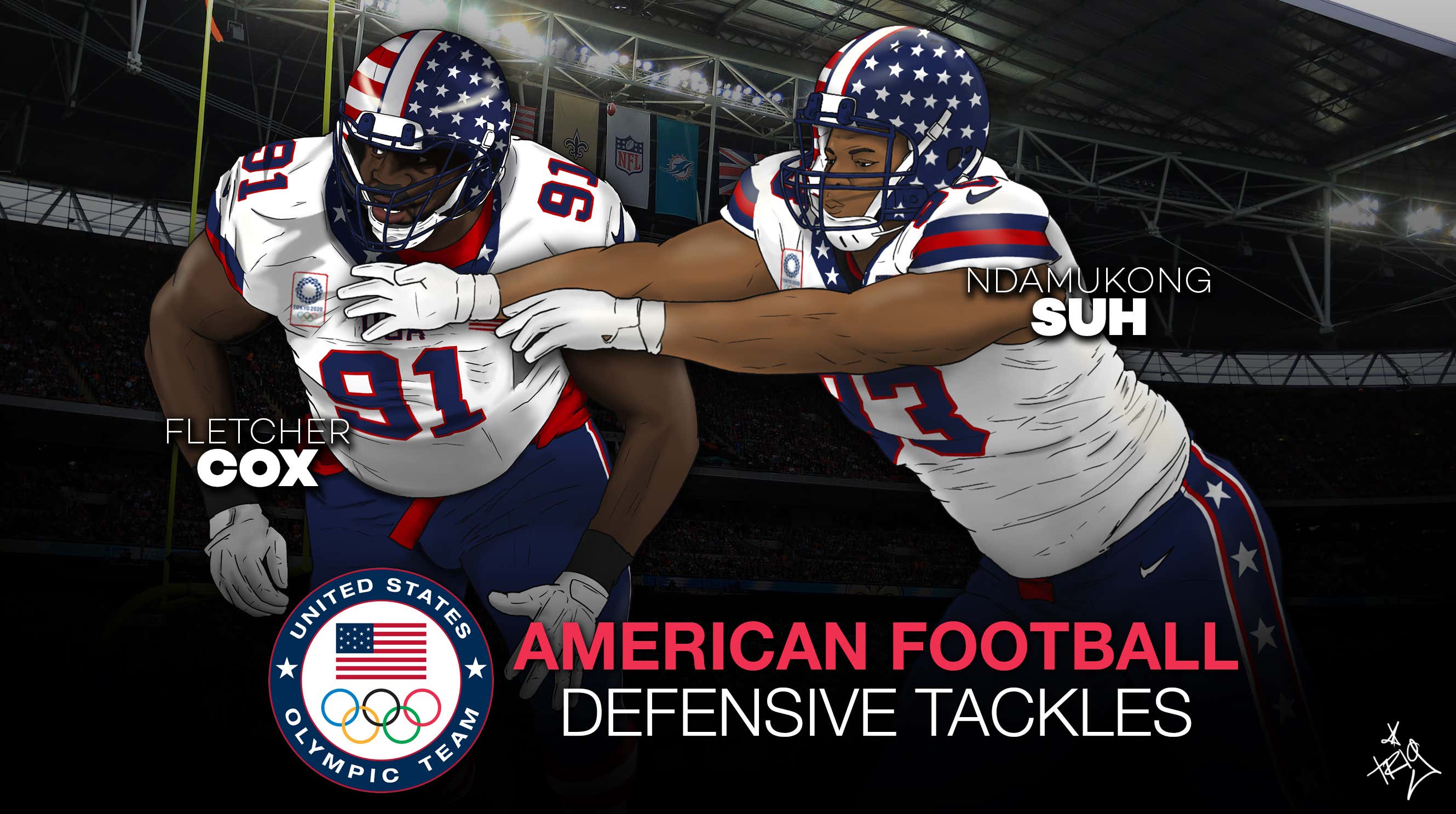 I would be willing to bet that Suh, Cox, Geno Atkins, and Gerald McCoy could get a couple of sacks on their own without even playing alongside any defensive ends. The number of balls batted down at the line of scrimmage might even surpass completions from countries like Uruguay, Italy or South Korea. Referees would have to just let holding calls go because there would be one on every snap.

Look at this ridiculous group of athletic freaks! You could also argue that the defensive ends on this team could play any position on the field against these other countries. They wouldn’t even need to use their arsenal of moves when engaging with blockers. One simple rip or swim move and they’re on their way to the quarterback. You would probably have to eliminate intentional grounding, otherwise, the quarterbacks on other country’s teams would get snapped in half. 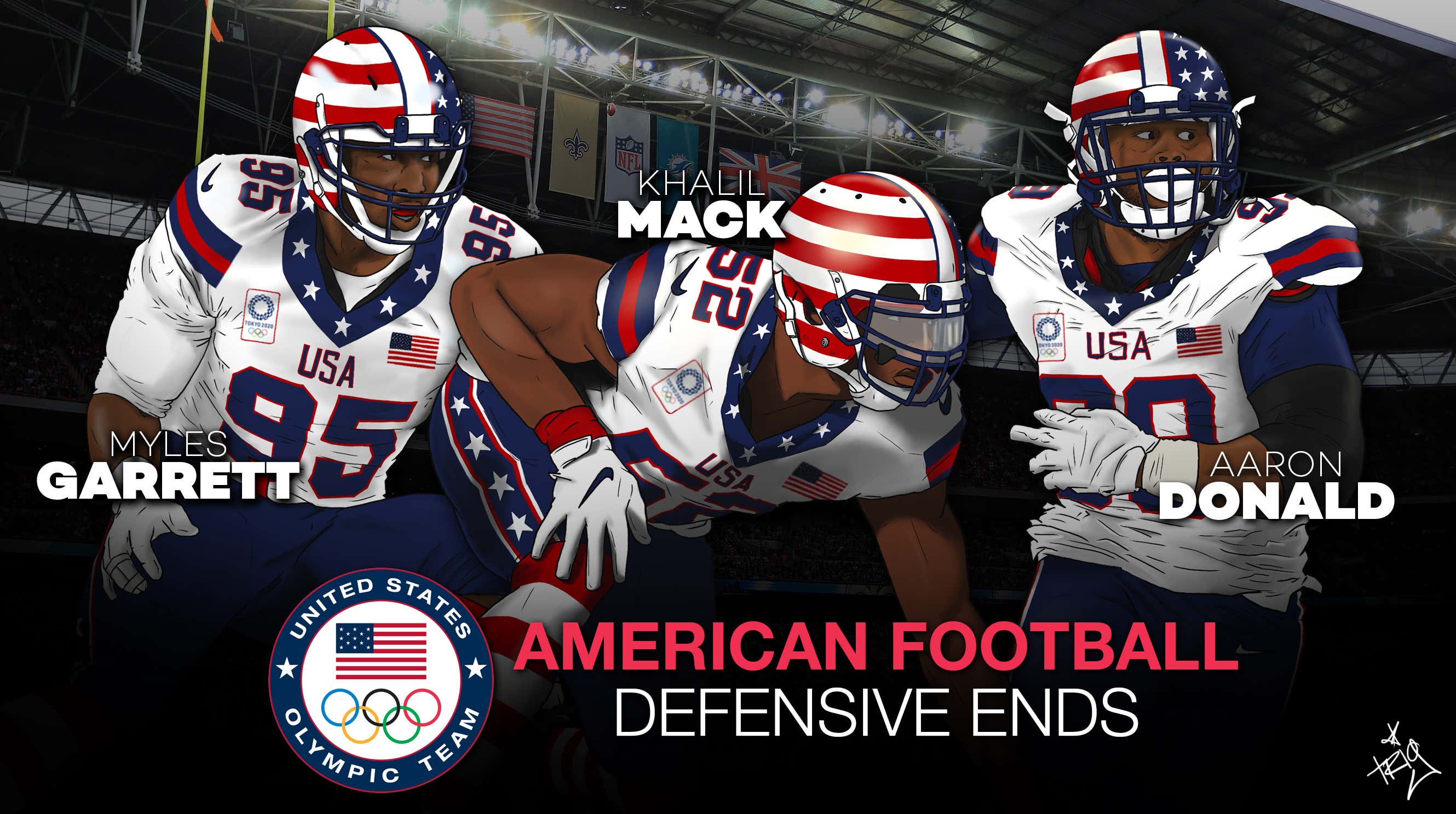 Aaron Donald and Khalil Mack would get the start, but it really won’t matter much when they swap in the likes of Myles Garrett, J.J. Watt or Joey Bosa. They’re all too quick, too athletic and too skilled for any country to match. If Khalil Mack can do this to an NFL team, what in the world would a country like Ecuador do to stop him?

One of the two rookies on the defense, Bradley Chubb wouldn’t see a ton of time, but he would occupy one of those rookie roles that we saw with the Dream Team or the 2012 Team USA Gold Medal squad.

Good luck running the football against Team USA. There isn’t a chance any country’s running back would get to the second level. This squad can line up anywhere and cover virtually anyone. 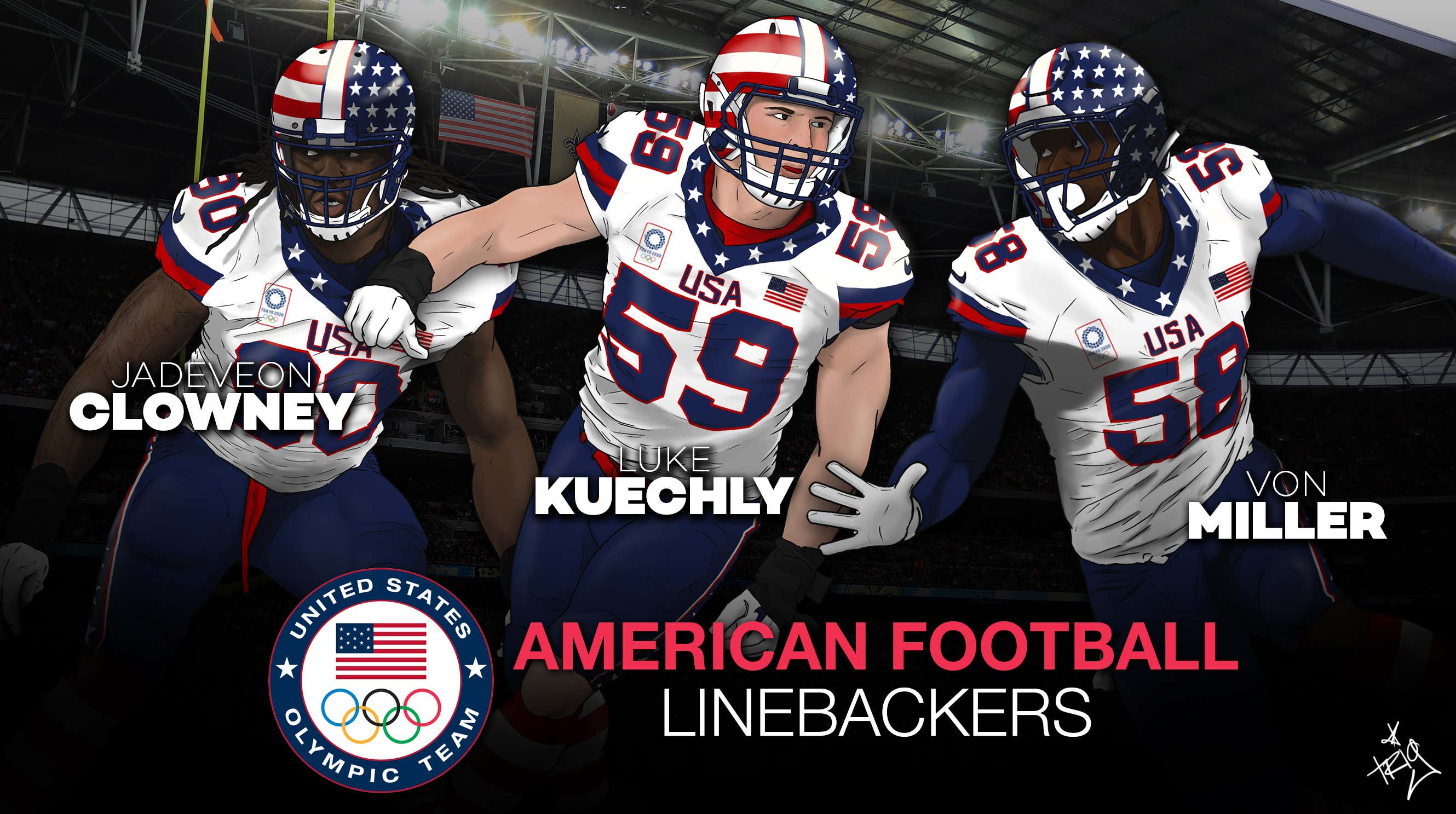 This is a big part of where the “aggression” comes in to play in terms of scheming and play calling. Would you blitz every single down? If the blitz gets picked up by some random stroke of luck by a German or Jamaican defender, you might be giving up a good chunk of yardage or even points. On the other hand, the all-out blitz might assure you that the opposing team turns it over every three plays.

What would happen if Jadeveon Clowney did this to another country?

Would the helmet explode? Would the players’ head pop off? Would he be cut in half like that one nerdy kid in ‘Not Another Teen Movie’?

This is the second part of the “aggression” discussion with the Team USA defense. You could essentially put the defense in permanent press coverage and just ball hawk endlessly. Giving the opposing offenses a little cushion and preying off their weak skills and poor speed would probably guarantee a pass break up on every other throw, though. 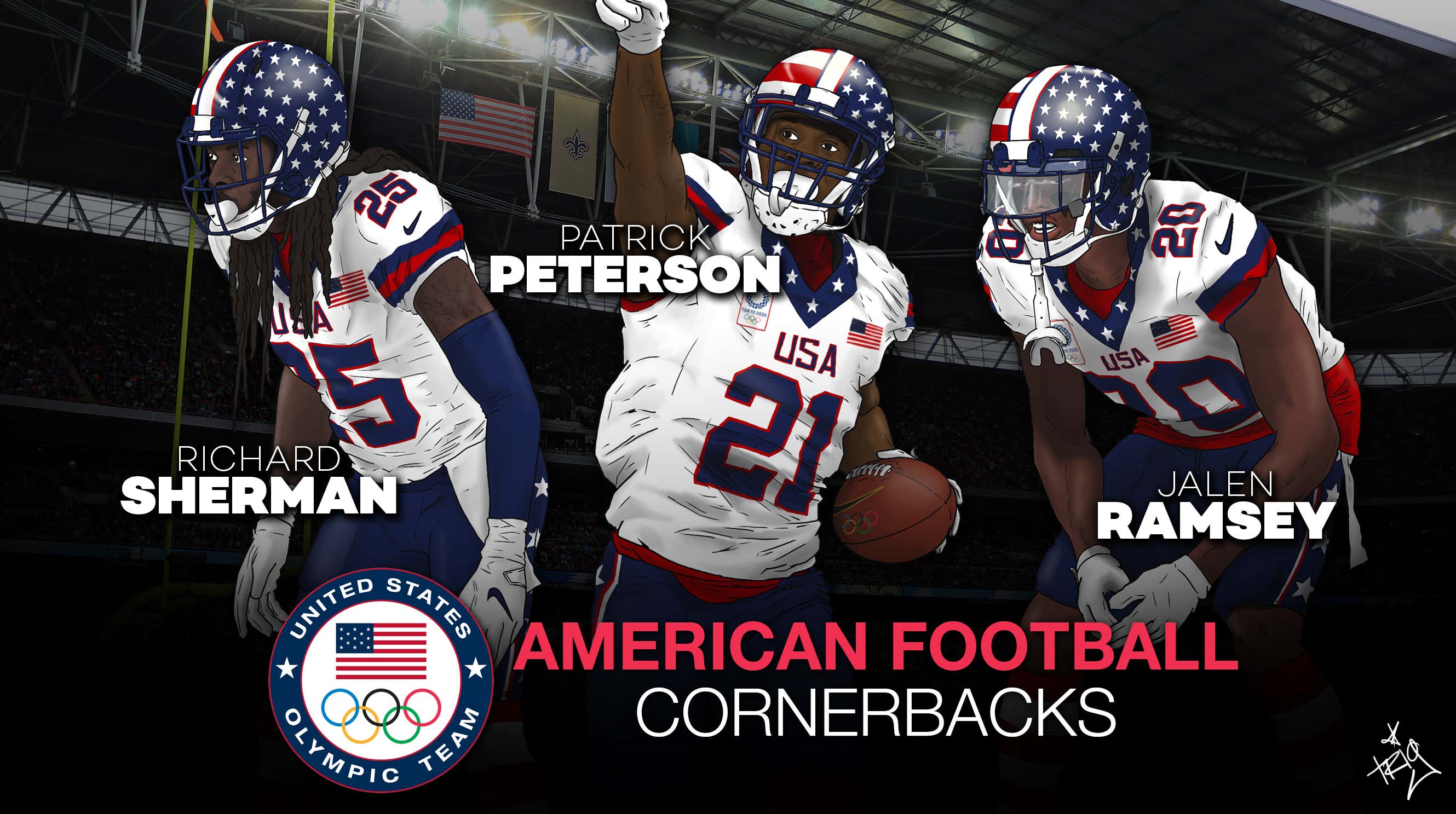 It’s an interesting thought and I think I would just go with the aggressive route. I’d want the guys to try and make a move to intercept the football on every throw. Why not? Even if someone like Patrick Peterson whiffs, he will still likely find a way to chase down the wide receiver.

The trash talk would also be off the charts and probably force the IOC levy some sort of penalty against Team USA for poor sportsmanship. If you don’t think Jalen Ramsey or Richard Sherman are going to be standing over opposing wide receivers and jawing at them after every play they make, then you’re crazy. 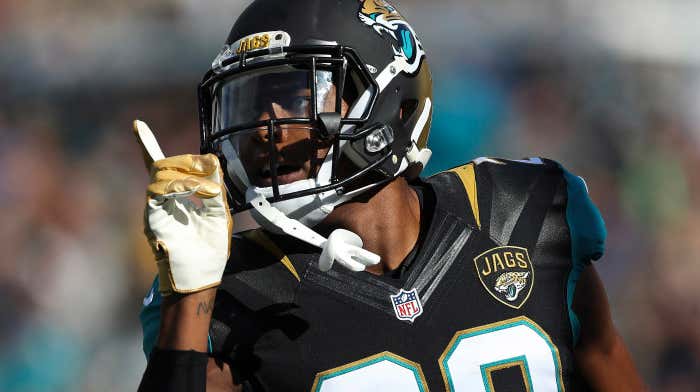 What I would want to see is an interception by one of the cornerbacks and then a lateral if it looks like they won’t score. I want the defensive backs to try and score after every forced turnover.

Being the safety who gets to just patrol the secondary and wait to strike on an errant pass would be the most fun position to play on the team. You probably won’t even need to tackle, nobody with the football is ever going to get to your area. 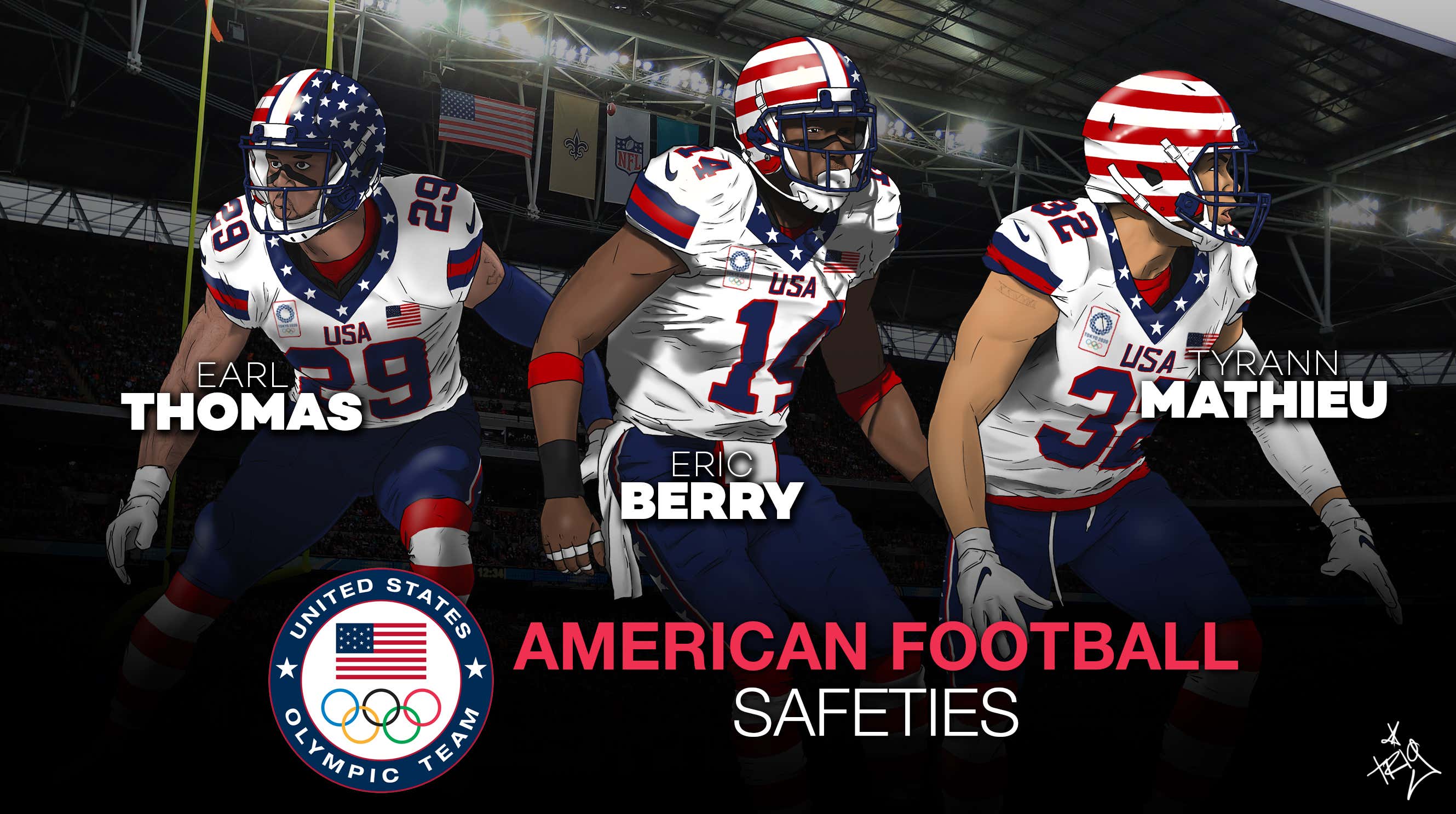 I would set the over-under on interceptions per game from the safeties at around three. Earl Thomas would feast on quarterbacks from Eastern European countries.

As a coach, I would love to see one of these guys, probably Eric Berry, flip to the offensive side of the ball for a few plays as well. Why not mix it up? Keep the fans entertained, they’re paying a ton of money for their Olympics tickets.

Minkah Fitzpatrick gets the other rookie spot on the defense. I’d venture to guess that he would see a little more time than Bradley Chubb as he would also roam around, just grabbing every ball that is within ten yards of his positioning.

–
That was fun. I enjoy watching a great defense. Watching Team USA basketball defend other countries is always a treat. Those other teams never know what to do and that is what football would look like in the Olympics for Team USA. So how would the games play out? Check back tomorrow for statistics from all six of Team USA’s games.