NASA Administrator Jim Bridenstine has directed the space agency to look at boosting its brand by selling naming rights to rockets and spacecraft and allowing its astronauts to appear in commercials and on cereal boxes, as if they were celebrity athletes.

While officials stress that nothing has been decided, the idea could mark a giant cultural leap for the taxpayer-funded government agency and could run into ethics regulations that prevent government officials from using public office for private gain. Astronauts may be the most venerated employees in the federal government, but they are still civil servants bound by regulations.

The future of advertising is out of this world. Ehh? Ehhh? That might sound unique but it’s been done before..

Though NASA shut down the idea of official marketing for it, Coke & Pepsi had their own space race in the 1980s as both were sent up for a taste test. Both companies had to spend big bucks developing special cans that could dispense carbonated drinks in weightless conditions. For all the efforts the astronauts thought both were horrible & it made them have pukey burps. It’s actually a pretty interesting story if you want to check it out HERE. 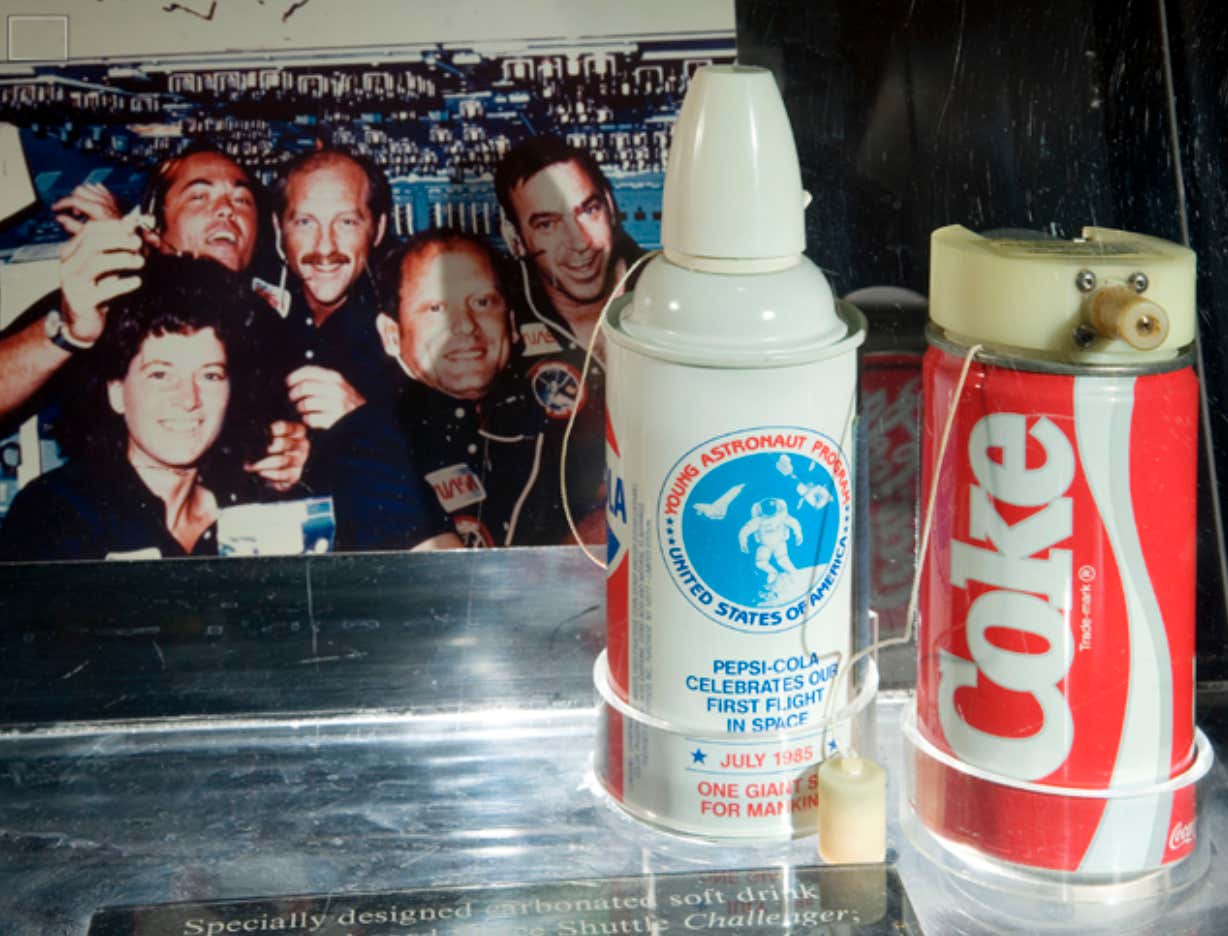 In 1997 Israeli milk company Tnuva paid $450K for a bizarre commercial with some scenes filmed aboard the Russian MIR Space Station. Something goes wrong, they fix it, and then this Russian astronaut is like, “I really need specifically Tnuva milk.” And then he’s floating around eating floating milk droplets.

In 2000 Pizza Hut spent $1M to debut it’s new logo on the side of a Russian Proton rocket whilst sending a salami pizza to the international space station (pepperoni did not pass the 90-day perishables test). The ad and/or news of it is estimated to have reached about 500M people. This was actually their plan B with plan A being a giant laser-beam ad on the moon.

Besides those there’s been ideas for billboards floating above the atmosphere among other things. Though I’d hate to look up & see a flashing sign for Tide Pods rolling across the Milky Way, the move to allow the corporate world into the extra terrestrial realm might help offset some astronomical costs. It might also be necessary for holding up against competition as private entities make the move to pass the government in space exploits.