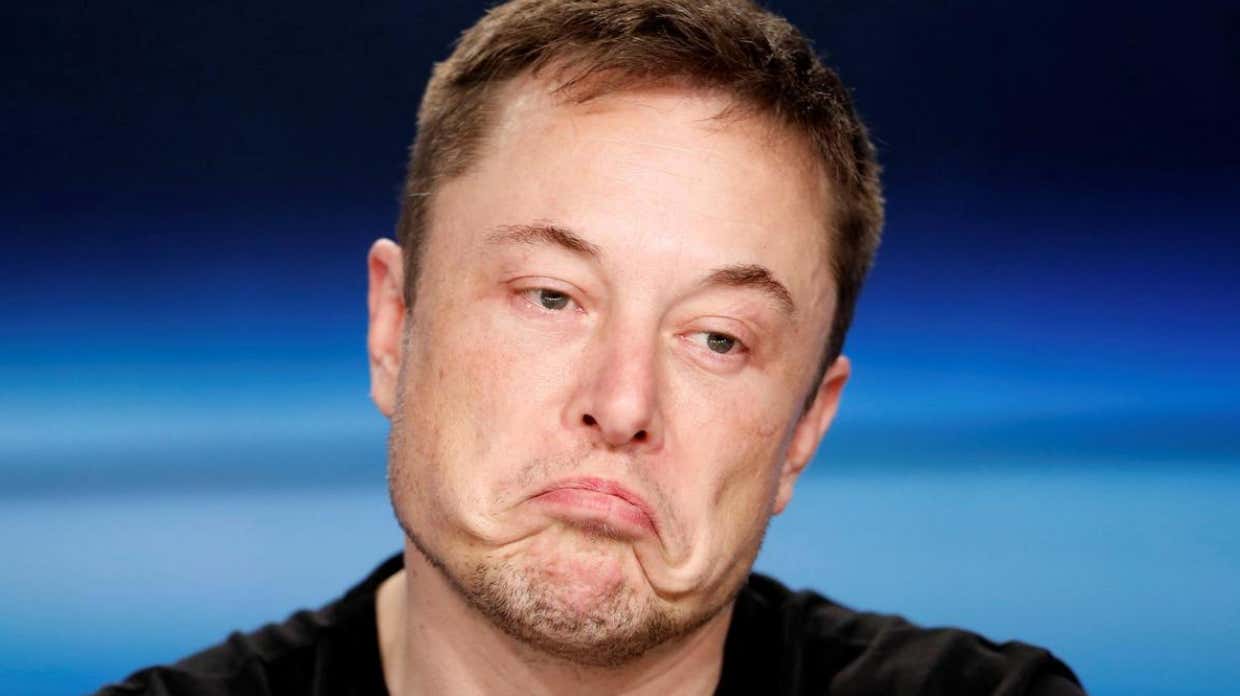 Daily Mail- The US Air Force is looking into Elon Musk after he smoked marijuana during a wild, rambling two-and-a-half-hour podcast streamed live onto YouTube, it emerged on Friday. Marijuana use is prohibited for people with government security clearance, which Musk gained in 2015 when his company SpaceX started launching satellites for the Pentagon. The US Air Force told DailyMail.com a formal investigation is not underway at this time, but would not rule out that members of the department were looking into the incident. An Air Force source confirmed to CNBC that staff were examining the podcast. Tesla shares plunged this morning after the Tesla founder smoked and drank whiskey while discussing everything from drugs to the possibility we’re all living in a simulation.

OH MY GOD HE’S SO DUMB. HE’S SO SO SO DUMB. Elon Musk is the dumbest genius who has ever lived. I’ve said it before and it gets truer and truer with every passing day. There can be no debate. Elon Musk is super smart but he’s also super dumb. It just came out that the Air Force might pull his security clearance after he smoked weed with Joe Rogan last night because it goes against their policy. Amazing.

It’s hilarious how badly Musk’s appearance on Rogan’s podcast backfired. Not only did he ramble like a mad man and not only did Tesla shares drop 9% today (a whooping $3.1 billion loss in value*) but now this. It’s funny because I guarantee a big part of why Elon Musk went on the podcast was to look cool and hip and show a huge audience that he wasn’t actually a crazy person/robot. Well when you go on Joe Rogan’s podcast there’s a good chance weed is gonna get passed around at some point. So in an effort to look cool Elon smoked the blunt that Rogan passed to him annnnnnnnnnnnnnnnnd now the Air Force is looking into pulling his security clearance. Is this how he takes down SpaceX along with Tesla? Could be. Absolutely incredible. He’s so dumb.

*People being like, “The shares didn’t drop because he smoked weed with Joe Rogan. The shares dropped because the CFO left because he hated it there” and thinking that makes Elon Musk look any better is hilarious