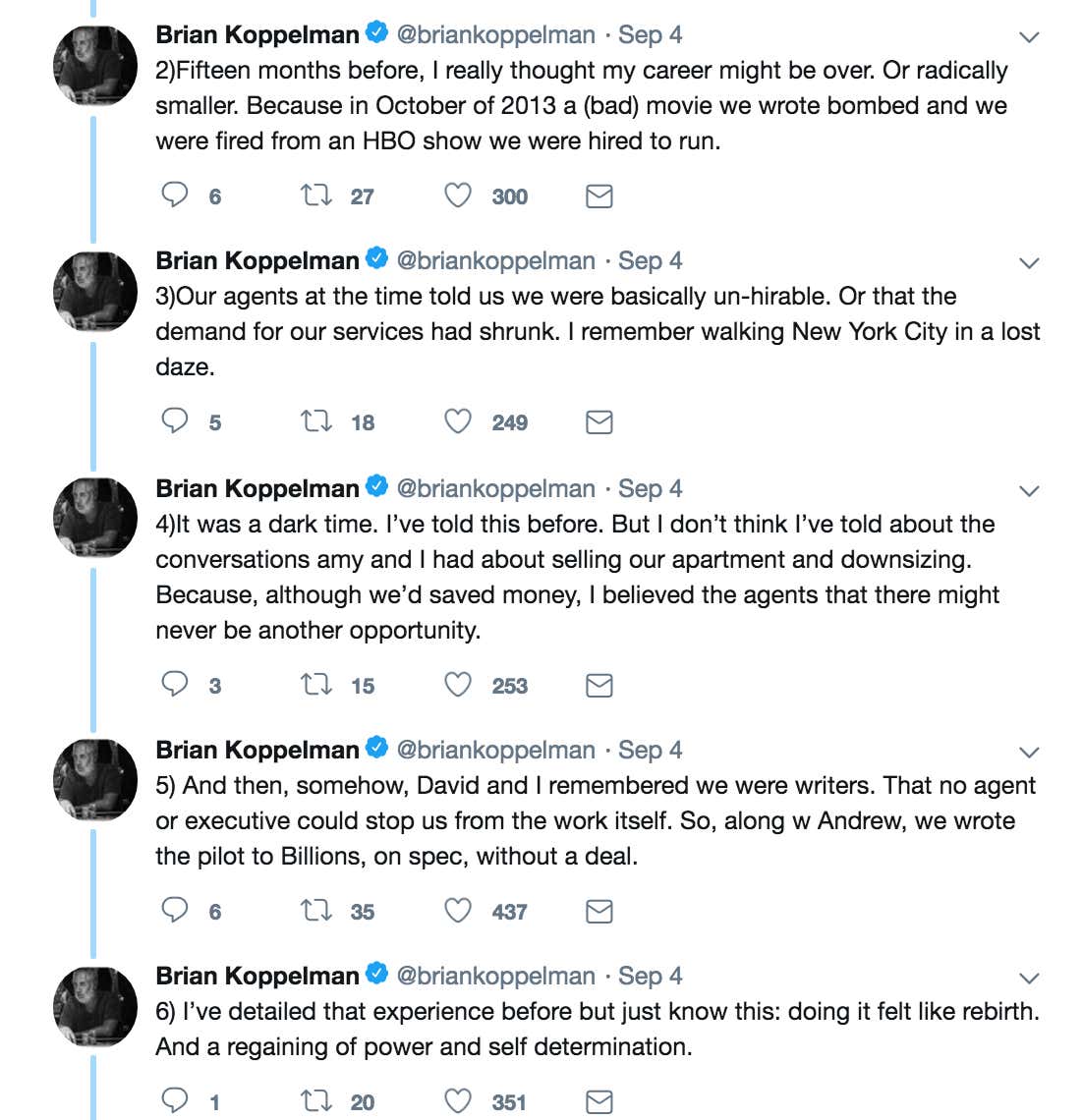 I’m not often an “inspirational thread” guy because Twitter has gotten so soft, but this one caught my attention.  It’s good.  Brian Koppelman, who wrote an absolute classic with Rounders, talking about how he did a movie so bad that his agent told him he was un-hirable.  He was depressed and had to downsize his house and shit, which I can’t even imagine how horrible a feeling it has to be to tell your wife you have to move because you failed so badly at something.  (Judging from the date, the bad movie had to be Runner Runner.  8% on Rotten Tomatoes, a poker movie with Ben Affleck that would be RIGHT up my alley, but I didn’t even see it because it looked so bad.)

But this thread is good.  Especially if you’re a writer or an aspiring one.  Or basically just anyone who isn’t doing great at their job or has failed at something.  Just pick yourself up and write a hit Showtime show with Paul Giamatti.  Easy. 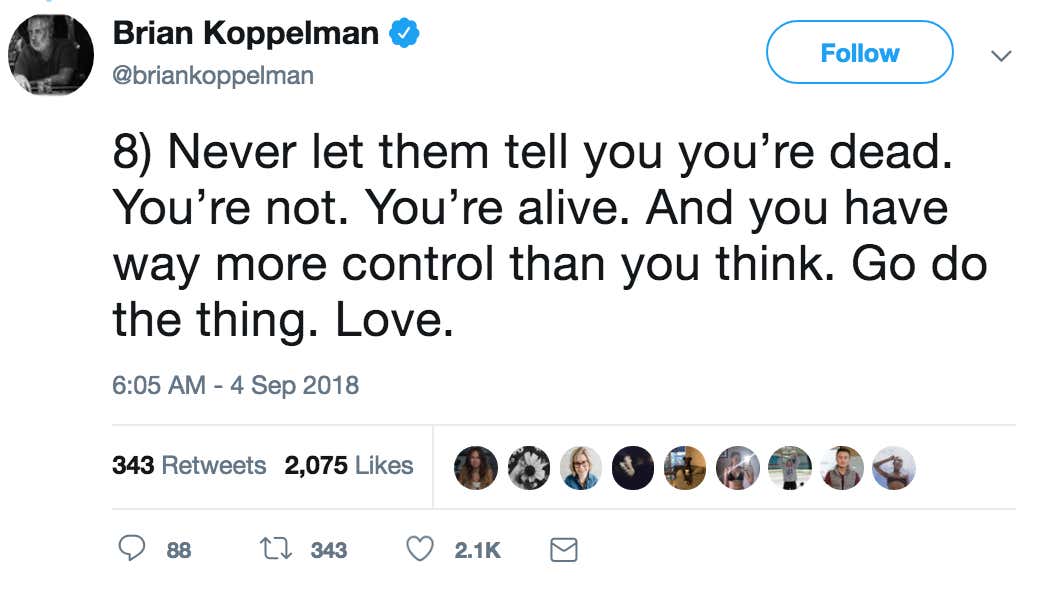