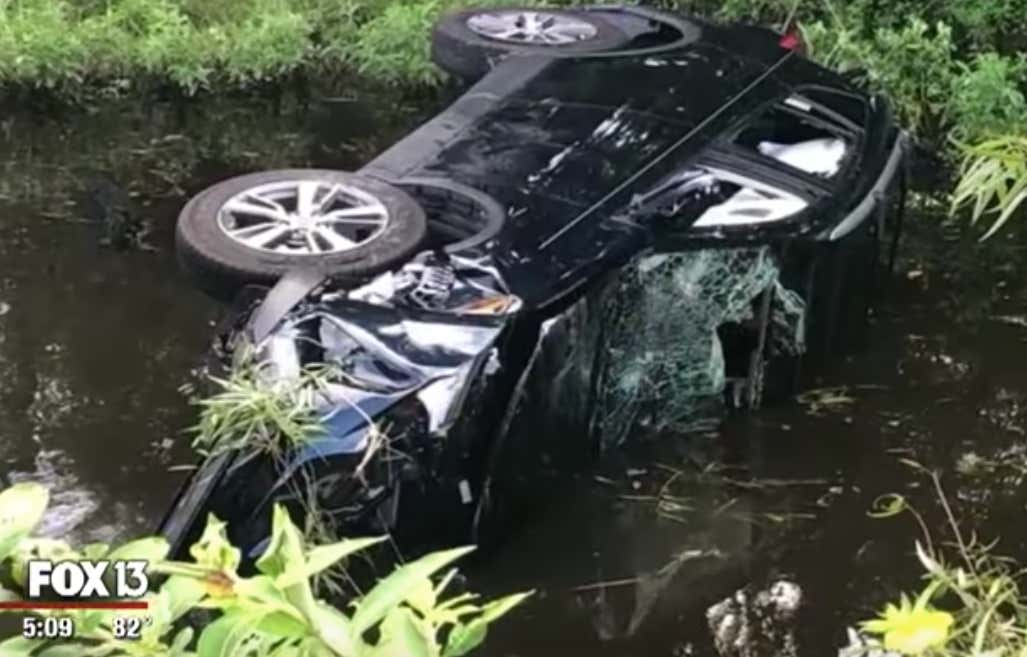 Fox News – Two Florida siblings driving along Interstate-75 did not hesitate to jump out of their delivery truck to help a couple and their 11-day-old baby whose car had overturned into a watery ditch after they were sideswiped by another vehicle.

Aaron Allen and his sister, Jolisa Jones, were driving their Ashley Furniture delivery truck – two hours late for work – just north of Tampa when they saw a white Chrysler hit the couple’s Toyota RAV4 nearby.

“The car pretty much just blind-sided them, and I’m pretty sure they were just as scared, and I was shocked,” Allen told FOX 13 News. “The first thing I could do was to spring into action.”

Finally a good story out of Florida that doesn’t involve a heroin drive-thru or someone getting shot at over Greek omelettes. This is the kinda shit that restores your faith in humanity. Not everyone in the world is out there only worried about what’s best for themselves. Sometimes you come across people like Aaron Allen and Jolisa Jones, who saw a brutal car crash and decided it was up to them to jump into action and play the role of hero.

A story like this doesn’t exist without a little bit of irony, however. It turns out, the siblings were traveling down I-75 in their furniture delivery truck, already 2 hours late for work. Say what you want about their work ethic, but stopping at the scene of a car accident and jumping into a water-filled ditched to flip over an SUV and save everyone inside, even when you’re ALREADY 2 hours late for work, shows you exactly what type of people Allen and Jones are. As for the couple and baby involved in the crash, clearly they’ve got someone upstairs watching over them.

Sure, I doubt their boss was happy that they were already so far behind schedule on the day, and this whole ordeal definitely didn’t help make up for lost time, but after they both got treated for their injuries and stitched up I doubt their boss had much to say in regards to their tardiness.

In fact, I’ll take it a step further and say that I bet most of the American work class would pay a shitload of money for the opportunity to show up late for work after saving a bunch of lives, only to get ripped apart by the bossman and be able to stand there, take it, and then throw it all back in their face after explaining what had just happened.

“Yeah, sorry sir, I know I was supposed to be in 4 hours ago and I know all of those love seats and recliners aren’t gonna deliver themselves, but I literally just saved a baby from drowning in a fucking ditch.”

14 stitches in your arm certainly does not sound ideal, but getting to shut your boss up is probably worth at least 20 stitches if you ask me.

It’s nice to know we still have some good people down in Florida.