FAU OWL ACCESS – The game the FAU Alumni Association watched was clearly better than the one the rest of the nation saw.

A link then appeared taking followers to an FAU web page that read in part:

The page also included an FAU hype video. Suffice it to say, FAU players didn’t feel all that hype on Saturday evening. 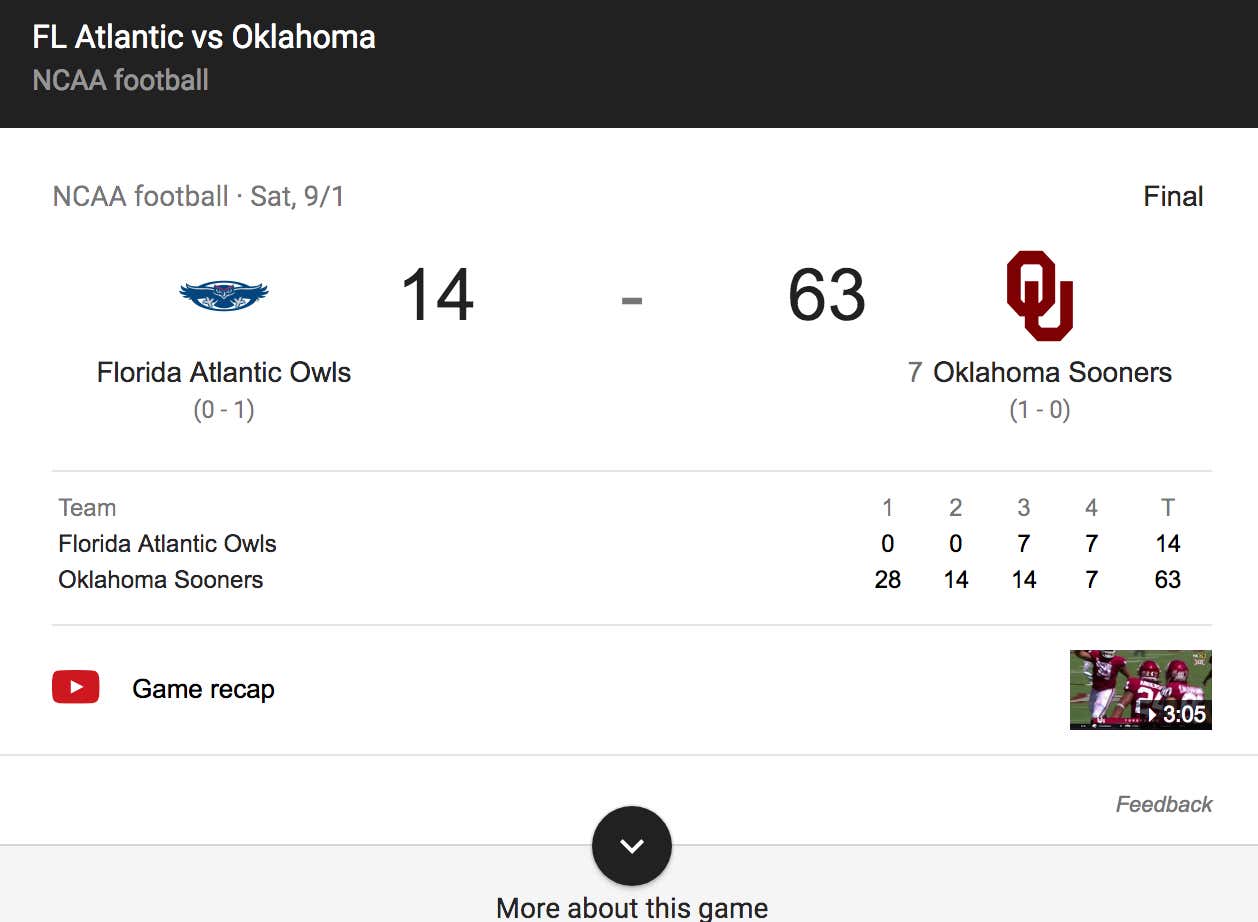 Just another example of Lane Kiffin’s genius.  No idea why he gets such a bad rap everywhere he goes when he’s clearly got the mentality of a winner.  Mass text the entire student body that you just had a huge upset.  Get it in their brains that you won and you’re awesome.  99% of them will know it was an embarrassing mistake.  But there’s that 1% that won’t fact check it, won’t doubt their school’s texting service, will have it burned in the back of their brain that FAU is a bunch of winners.  Better yet, some dumb ass 16 year old recruits may see the tweet circulating and not bother to scroll down or check the box score.  All of a sudden FAU is looking pretty desirable.

Control the narrative, don’t let the narrative/box score control you.  Next stop hiring one of those shady rogue nerds at Google to bury all evidence of the game film from search results like they did to Trump.

I think the logical assumption here is that they had a text pre-loaded for each outcome and just sent the wrong one.  Which begs the question, who the hell thought FAU was pulling this one out, and how do I get a sip of that optimism?