I yield! I YIELD!!! Will someone tell Mike Maccagnan that I bend the knee to him? Ever since the Giants drafted Saquon Barkley at 2 and the Jets took Sam Darnold at 3, there has been a quiet war between the New York NFL fanbases (*Of teams that play in New Jersey) that hasn’t been present since Victor Cruz went 99 yards and propelled the Giants to a Super Bowl and the Jets back to the dark ages.

In case it wasn’t bad enough to have every Jets fan smirk while telling Giants fans how great Sam Darnold has looked this preseason while also quietly noting how hamstring injuries can linger in running backs that should NEVER be drafted highly over a potential franchise quarterback, we now have to deal with Gang Green picking up the guy that people were absolutely flabbergasted the Giants cut on Sunday because he was a third round pick last year. Forget about the fact that Webb has been viewed as a project since he landed in New York, couldn’t beat out Geno Smith for the starter’s job when Ben McAdoo pulled a coup d’etat on Eli Manning, or that Webb never truly showed anything in the preseason. Regardless of all that, THIS is apparently the current Helen of Troy of New York Football with the right arm that launched 1000 articles in the New York newspapers about how the Jets did it again and/or the Giants fucked up. 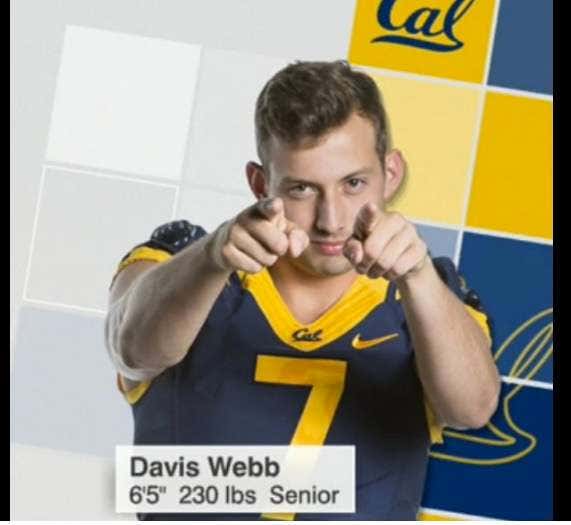 Fuck that. Don’t get me wrong, I wish nothing but the best for the Jets and Darnold. Okay that’s partially true. I wish nothing but the best for the Jets and Darnold as long as he doesn’t become good enough to make me cry about the Giants passing on him for a running back that could be a Hall of Famer. A lot of my fellow brothers/sisters in Mets misery rock with the Jets during football season and I want them to be happy. But the New York media talking about the Jets running laps around the Giants because they are taking another shot at a USC quarterback and picked up one of Jerry Reese’s more recent draft mistakes is crazy. Instead of hating on the Giants or Dave Gettleman for cutting a 2nd year player drafted in the 3rd round, why can’t we all agree that Kyle Lauletta showed Pat Shurmur enough to prove that he is Jimmy G 2.0? That’s what I’m doing. Spinzoning the shit out of every move and believing that a 10-6 season is on the docket along with a third February showdown with the Patriots and a third Super Bowl MVP for Eli Manning along with selling a million 3li shirts in the Barstool store before Eli turns the keys over to Jimmy G 2.0 in a couple of seasons. Smell you later Davis Webb.

P.S. It doesn’t matter how good or bad Sam Darnold is as a Jet, I will always love him for being a part of this weird ass draft night video.

P.P.S. I apologize for blogging about a practice squad quarterback, but the fear of the Giants passing on a franchise QB across town has been fucking with my brain all preseason and I just need real football to get here ASAP