I’ve been doing some Q&A’s on my Instagram Stories (@thatrobbiefox) these past few weeks in attempt to get people talking about the Pup Punk show we’ve got on the 20th of this month at the House of Blues in Boston, answering a ton of music/Barstool related questions, and it’s been a pretty cool platform to connect with you guys (and girls, sup), but one question keeps coming up that I just can’t answer in so few words…

“Who are your top ten/top five favorite bass players?!”

Now, sure, I could literally just type out a row of ten names, but that’d only lead to more questions when somebody’s favorite is left off my list and they don’t understand why. So I figured I’d write a blog answering the question. Here I’ll provide you my top ten (NOT in order, that’d be impossible because it all depends on the day) favorite bass players of all time. And I want to make something very clear before I do: because I play the bass, I’m not acting like my opinion is therefore more important than yours in any way, or that I’m breaking any news on underground dudes to ya. I play bass as a hobby and am easily the least musically talented member of Pup Punk, and if I could choose one word to describe the list that I’m about to unfold, it’d be “predictable”. I just figured I’d let y’all know based on how often I’ve been asked this recently. So here we go…AGAIN, there’s not order to these. It’s just my ten favorites ever. 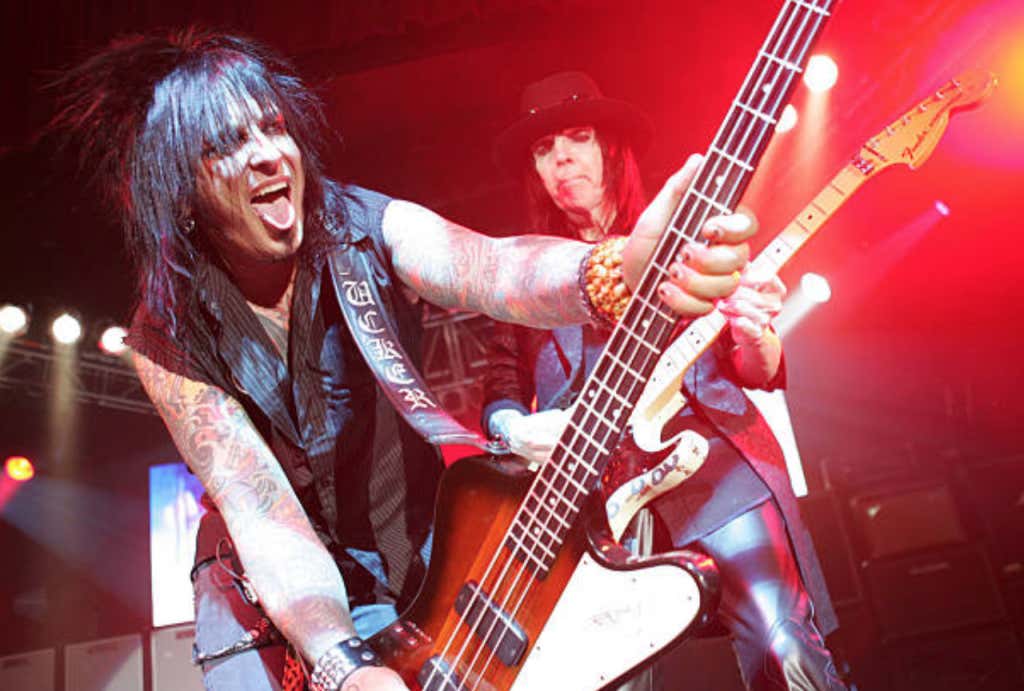 Nikki Sixx is the main reason I ever picked up a bass guitar. He’s the reason I rocked a preposterously oversized Thunderbird in middle school. He’s not the flashiest, he’s not the most talented, and his role is usually just to hold a grove down with Tommy Lee, but the simplicity of a lot of Nikki’s work allowed me to learn tons of Mötley Crüe early on in my bass playing, and that really made me grow to love Nikki’s Sunset Strip Metal style. 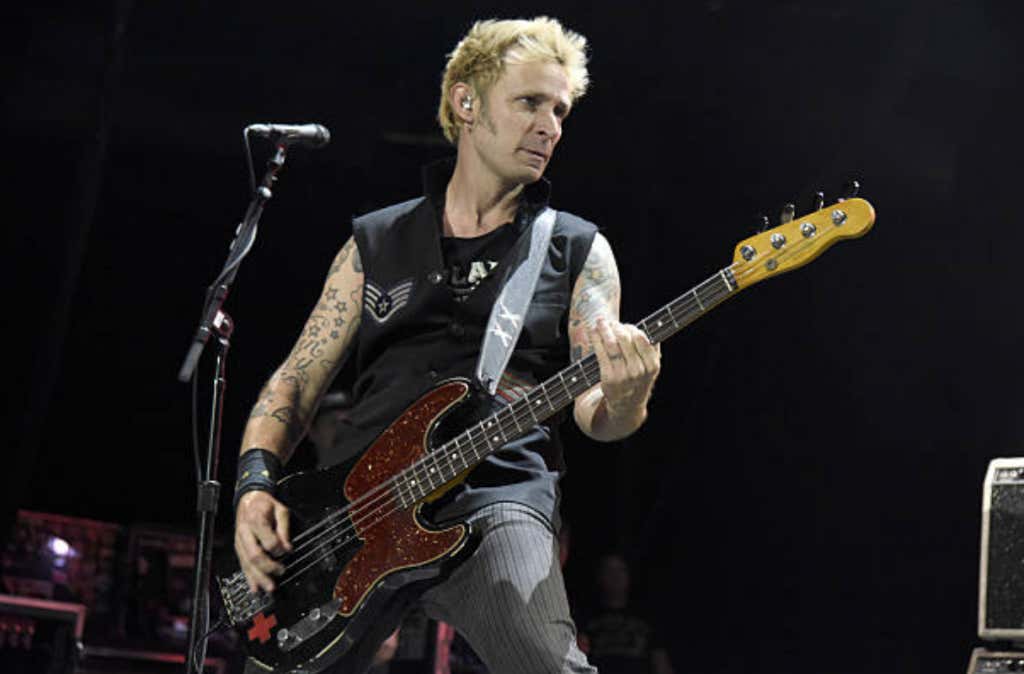 Obligatory punk/pop punk GOAT pick for ya here. Mike Dirnt is a bad mothafucka with four strings, ain’t no doubt about that. Much like Green Day drummer Tre Cool, Dirnt works in a beautiful pocket that just always sounds right for whatever song he’s playing. His style has evolved over the years, and particularly with the ‘American Idiot’ album, to resemble a more “alternative rock” feel over a “punk” feel, but I love it all, and you really can’t deny the impact he’s had and the iconic lines he’s written.

Favorite tracks: Longview, Welcome To Paradise, When I Come Around, Holiday, She 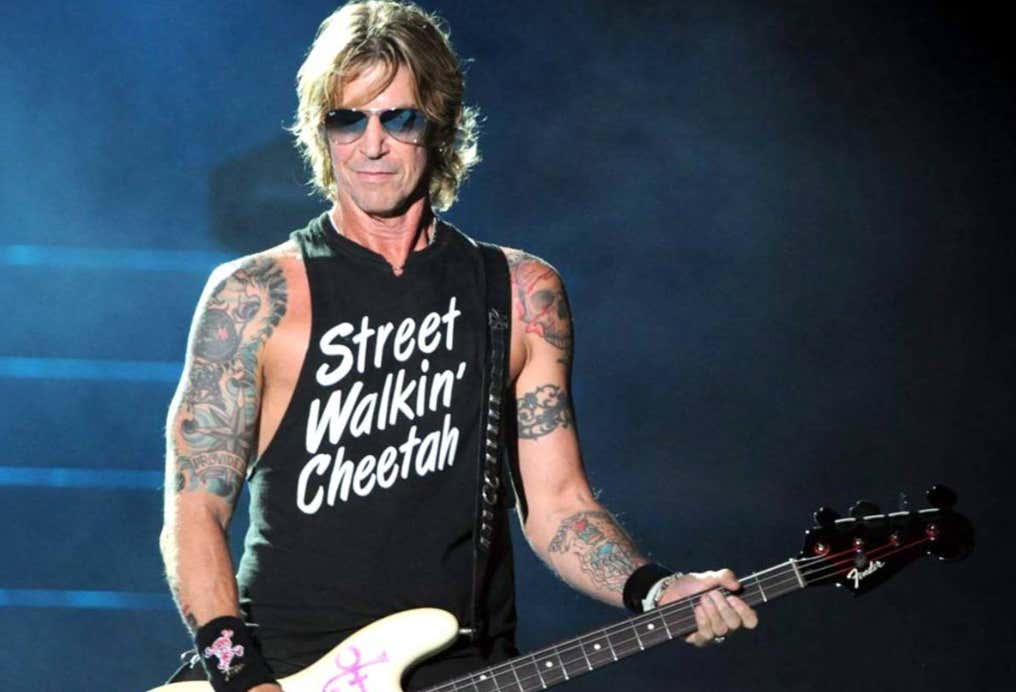 One of the coolest rockstars of all time in my opinion, and one of my favorite musicians as well. McKagan’s bass lines breaking through Axl’s vocals and Slash’s riffs is an incredible testament to his ability to not just fade into the background playing root notes, and he’s never lost his ability to write killer rock n’ roll bass parts. Some of his best work is with Velvet Revolver, decades after Guns N’ Roses’ initial success. 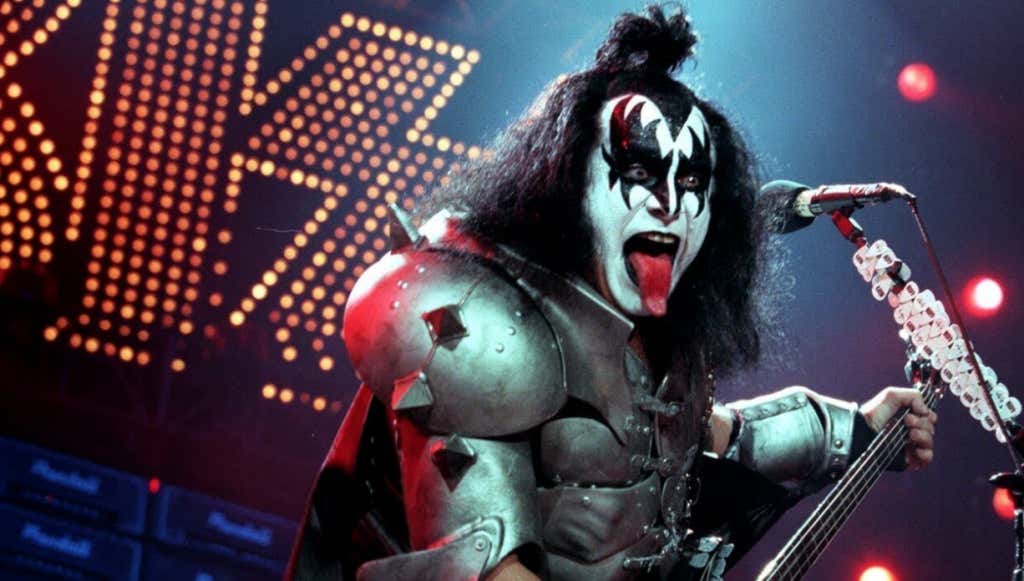 I might get shit for this pick, but Gene Simmons is a fucking fantastic bass player who is vastly underrated and looked down upon among musicians because he wears clown makeup…and probably because he’s an asshole as well, but that’s not the point. The Demon’s thunderous grooves were a massively instrumental (puns intended, all of them) sound to of one of the most iconic and esteemed rock n’ roll bands of all time, and my first ever favorite band, KISS. That earns him a spot, easily. 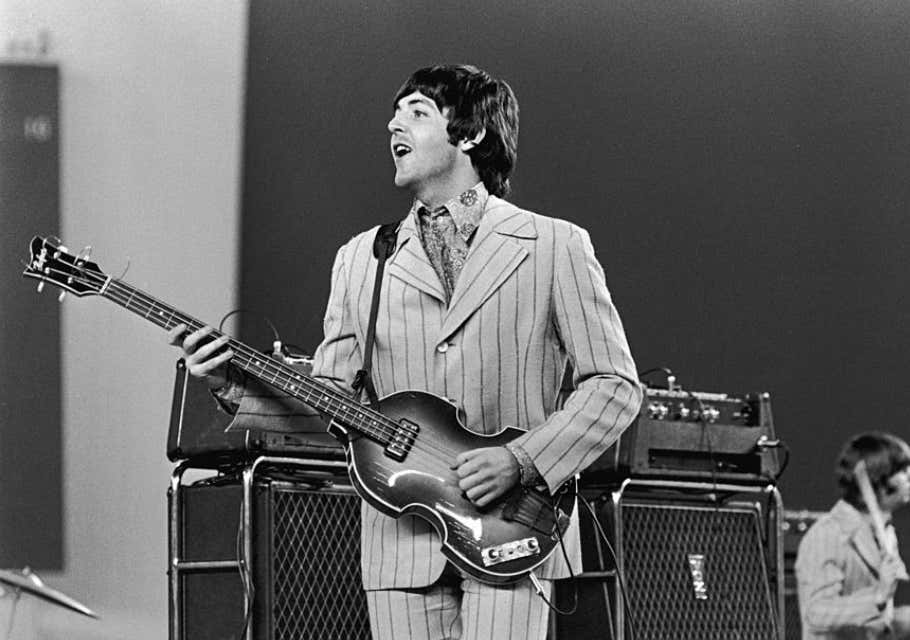 Paul McCartney’s superhuman ear for music and songwriting allowed him to be a ridiculously versatile, melodic bass player throughout The Beatles’ discography. I’m still discovering tracks I don’t know that Paul blows me away on. I don’t understand how he wrote the parts he did within such a short timeframe without them ever sounding repetitive or tiresome. Each one is different and unique. 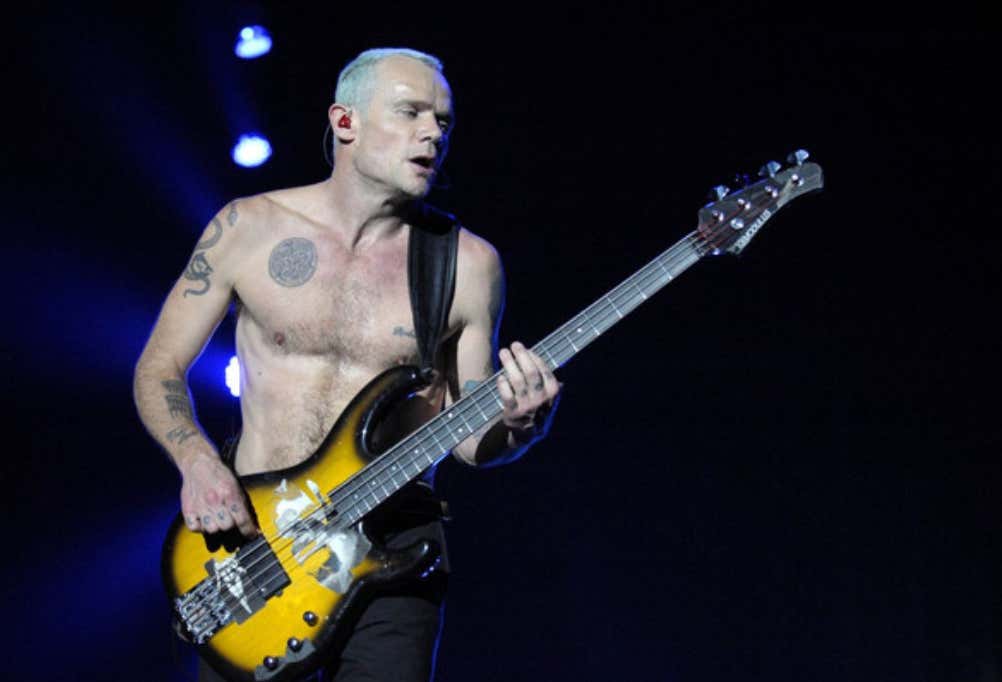 Favorite tracks: Give It Away, Dark Necessities, You Oughta Know, Around The World, Naked In The Rain 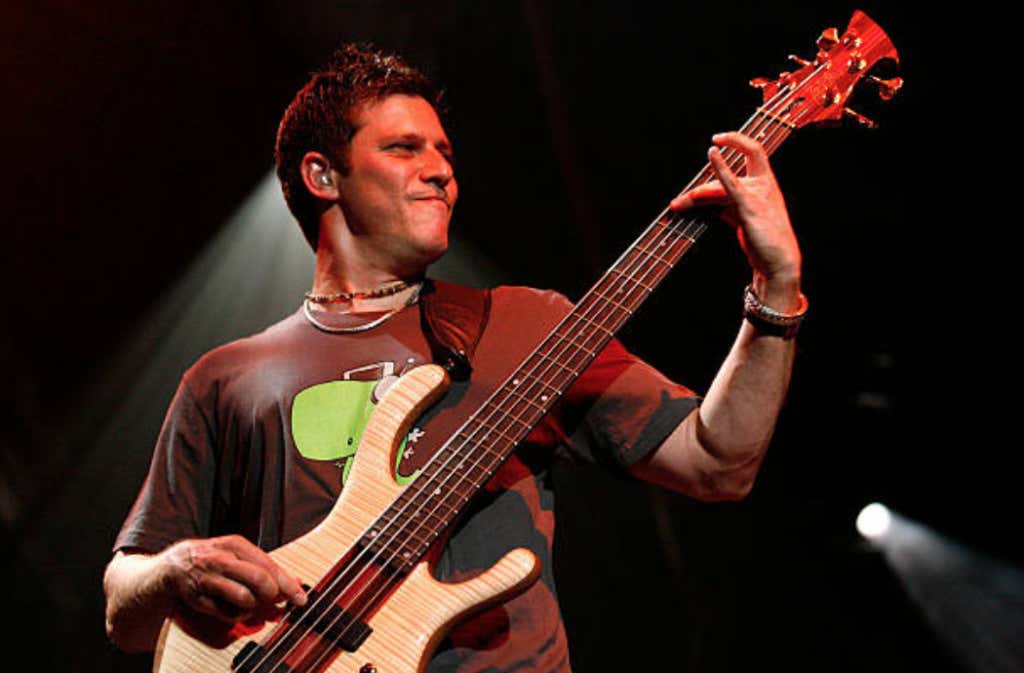 As a pretty big Dave Matthews Band guy, Stefan Lessard’s groovy self has made me laugh out loud with fills more than any bass player I’ve ever heard. He’s a robot for sure, there’s no other explanation. Dude can play the bass with as much ease as you or I breathe with. 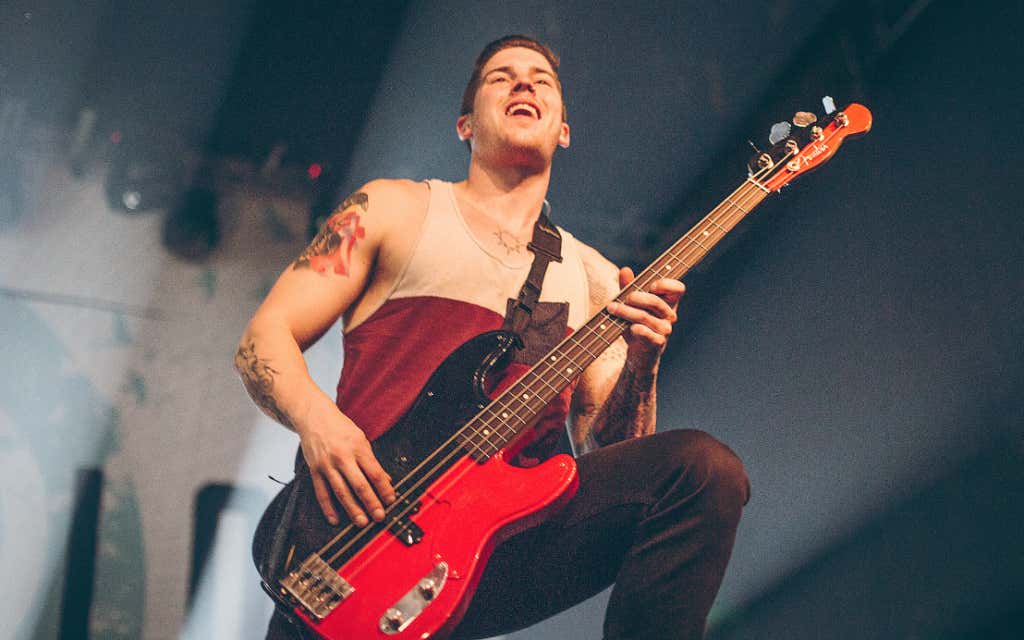 Zack Merrick! Who’s this, you ask? Zack Merrick is the bass player for All Time Low, who happen to be my favorite band of…wouldja know it, all time. Zack isn’t flashy, as most bassists in the pop punk aren’t, but he’s so damn tight and the glue that holds a LOT of ATL tracks together. He’s the perfect pop punk bass player, in my opinion, who you can always count on delivering.

Favorite tracks: Lost In Stereo, Kids In The Dark, Somewhere In Neverland, Weightless, Damned If I Do Ya (Damned If I Don’t) 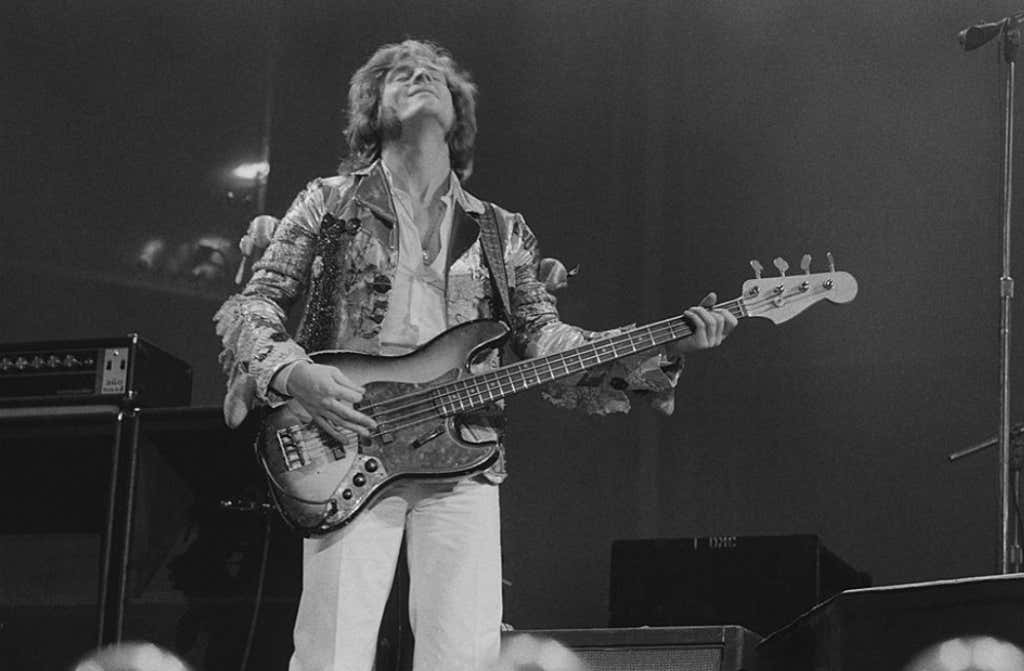 C’mon, ain’t no best bassist list if John Paul Jones ain’t on it. Dude is one of the best bass players of all time, and like Francis, it’s like his eighth best instrument. Plays everything else in the orchestra as well. I remember having a moment many years ago, listening to Stairway to Heaven, and just being astonished by the bass in it and how perfectly it meshed with Jimmy Page’s legendary guitar performance. Just superb. 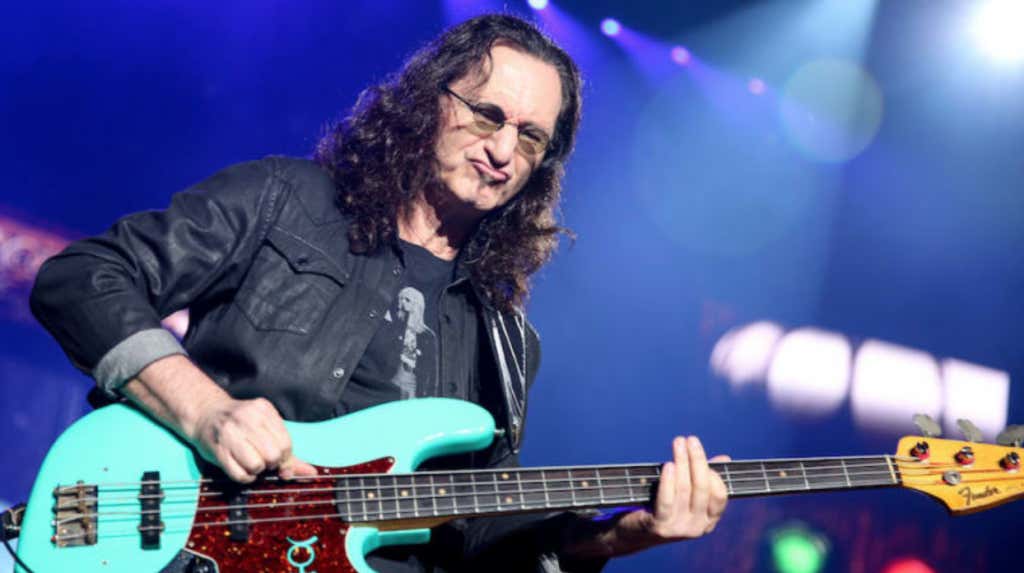 Speaking of superb, here’s the king of prog-rock bass playing. Geddy Lee, bassist and lead singer of RUSH, is of course the inspiration behind the famous “Slappin’ da bass!” scene in ‘I Love You, Man’, and for good reason. Geddy is one of the most talented musicians on the planet. I genuinely don’t know how he made it through RUSH shows without his fingers straight snapping off like baby carrots getting broken in half.

Now my honorable mention would be Metallica/Suicidal Tendencies’ Robert Trujillo, and my list of bassists I think you’re angry about me “forgetting” would be Les Claypool, John Entwistle, Justin Chancellor, Chris Squire, Jaco Pastorius, Cliff Burton.

I didn’t forget them. They’re not my favorites. I apologize in advance to whoever is offended by my list being different than yours.

But yeah, that’s it for me, I suppose. Sorry for being so long-winded, I tried to keep it short!