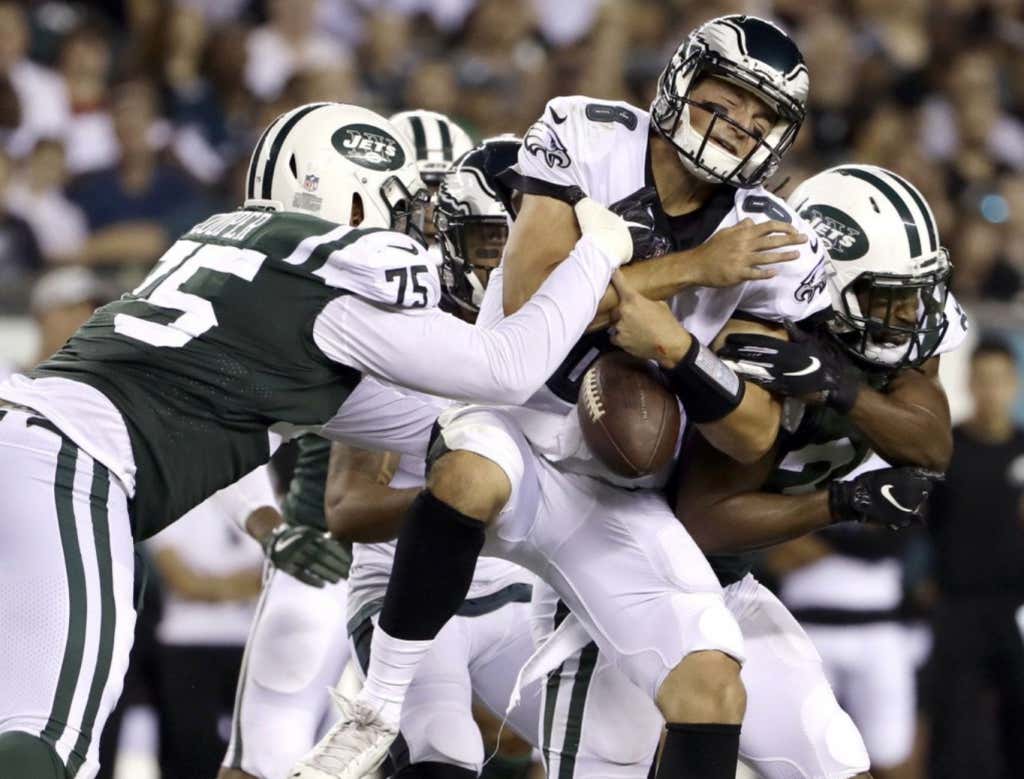 Christian Hackenberg had a good freshman year of college at Penn State. And ever since then scouts sucked his dick saying he was going to be the greatest QB to ever play the game. Even though he was trash his next two seasons, it didn’t stop the Jets from taking him in the 2nd round of the draft in 2016. Everyone had a good chuckle at that, because though we aren’t NFL scouts, sometimes the entire world just agrees on one thing, and that one thing was Hackenberg was going to be a terrible NFL quarterback.

Well shout out to literally everyone in the world besides the NY Jets, because at the ripe age of 23 years old, Christian Hackenberg has cemented himself as one of the worst QBs to ever take NFL snaps. And I know that sounds mean and this blog has been a bit mean, and I’m sure he’s a friendly guy and volunteers on weekends, but as a QB guru, I have to be fair and balanced.

His stats are actually amazing- in his rookie season in 2016, he played in the preseason finale, you know, the game where you play against janitors and towel boys. He went 11/31 for 54 yards. In 2017 he was so bad in the preseason he got replaced by Bryce Petty, and Bryce Petty’s career passer rating is 57.7.

He was then traded to the Raiders for a 7th round pick, but the Raiders cut him, which leads up to last night. How did Hack do?

What an opening drive! That’s so impressive when you think about it. He got sacked, flagged for delay of game, and threw an INT in one drive. And that was how night went.

Some would say his night ended up being pretty nice though…

One would have to assume that his NFL career is over now. My hatred for Penn State aside, kinda crazy that someone so hyped, someone still picked in the 2nd round, just ended up being so bad. He now joins Anthony Bennett in the “wow, that could not have possibly gone worse” Mount Rushmore.