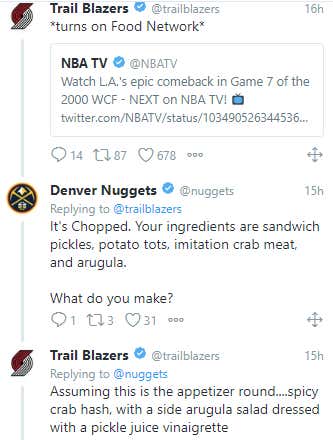 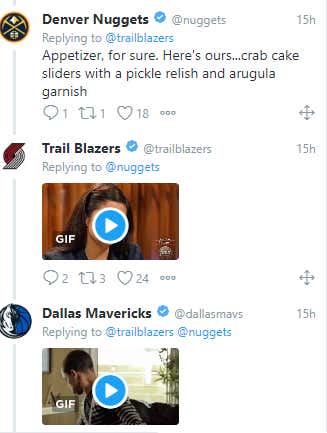 Well, last night turned into comedy hour for NBA teams on Twitter. I think everyone knows that NBA teams are active on Twitter and this is not the first nor last time we’ve seen them do this sort of stuff. They tend to be the most active, probably because they are the only ones allowed to. I’m not even sure MLB teams are allowed to share their own highlights.

First, you have the Raptors. On Monday night there was a dig on them during Raw. You don’t come at the previous No. 1 seed in the East without missing. So of course they fired back. It was direct, it was well-played and it was on topic. I can appreciate them using The Rock comeback. It’s a classic. It gets people excited. Well, done.

Then out West, you had the Blazers being tortured by NBATv. With it being the offseason, the channel is showing a bunch of old games and this one happened to arguably the worst loss in Blazers history. You probably remember it. It was Game 7 in the 2000 Western Conference Finals. The Blazers had a 13 point lead going into the fourth quarter. They were about to come back from a 3-1 deficit. Then a collapse and questionable officiating happened.