My take on this one is pretty cut-and-dry, so I’m not gonna waste anybody’s time: a twelve-year-old girl should not be wrestling, taking bumps, and especially not taking chokeslams, EVER. There’s a reason for all of those “Don’t try this at home.” adverts the WWE makes. People, mainly kids, get hurt badly when they try to replicate what they see in the squared circle, and in the worst cases, are killed in the process. I know we all fucked around with our friends and play-wrestled as kids, but actually taking it to the ring and taking bumps this size makes it a whole different ballgame.

Professional wrestling is dangerous for even the most high-skilled professionals in the world! So yeah, shame on her trainers for agreeing to let her take bumps this early, shame on her parents for the same, and for basically whoring her out for cash because she’s a “superfan” that the internet knows about, shame on her opponent for agreeing to CHOKESLAM her (Mick Foley famously cites the chokeslam as the most dangerous bump he regularly took, due to the fact that neither the recipient or giver has control over the landing), and shame on the promoters for thinking this was cool.

That being said, there have been many times in my life I would’ve loved to chokeslam a little twelve year old piece of shit. Not saying Izzy’s a piece of shit, I don’t know her, but you know when you’re in line at Wendy’s or something and eighth graders are in front of you causing a ruckus about who’s dating who and if so-and-so “like-likes” some chick, laughing obnoxiously and giving the people behind the counter a hard time? I’d love nothing more than to chokeslam them onto a railing so they’re full-on Homer Simpson on a fire hydrant, but I don’t. 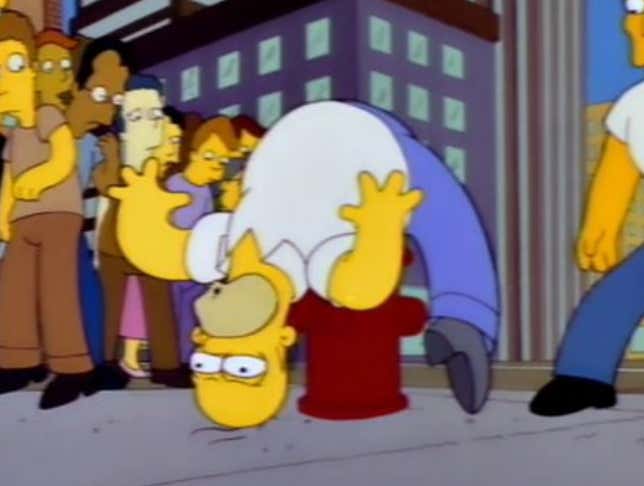 I don’t because my arms are too weak to pick up a twelve-year-old, not because I’m some kinda upstanding citizen. I’d fuck a twelve-year-old up. You best believe that. I just don’t think I’d be able to chokeslam them properly and I wouldn’t risk looking like an idiot by trying.

UPDATE: A horrific video of Jared Carrabis chokeslamming a child has surfaced. NSFW, proceed with caution.