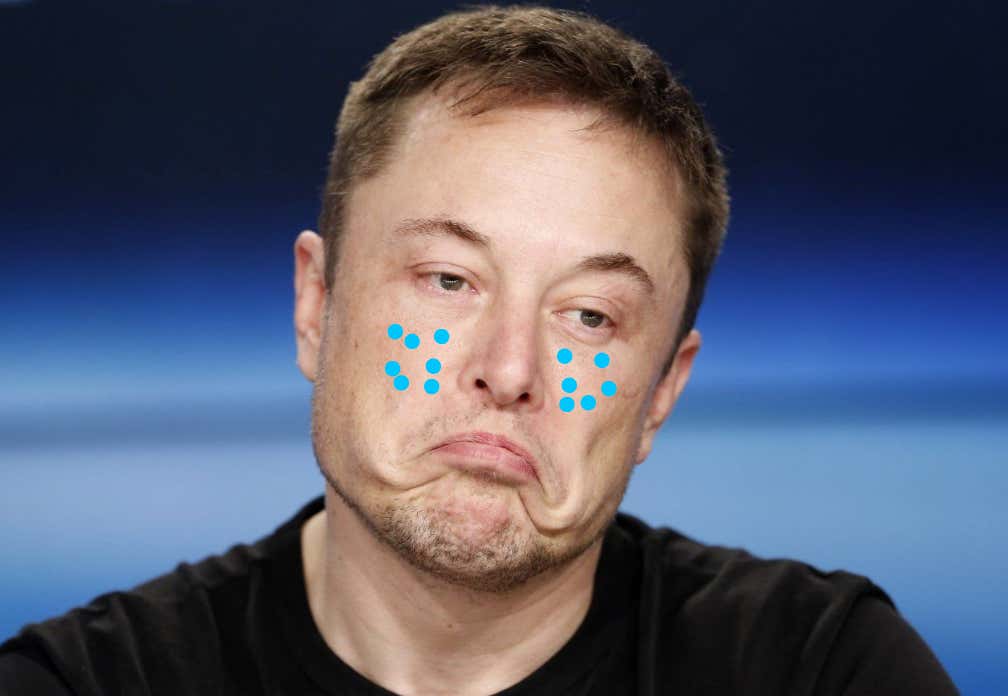 Amazing. This is the best Elon Musk moment to date. Taking to Twitter dot com to debate people whether or not he cried during his NYT interview. He’s so thin-skinned that he has to go on Twitter and tell everyone how unthin-skinned he is. “I didn’t cry! I didn’t! There weren’t any tears! Yeah my voice cracked a couple times but there wasn’t any moisture!” The fact that he felt the need to deny that he was crying means he was BAWLING during that interview. He probably went through an entire box of tissues during the interview.

Hey man, there’s nothing wrong with crying. Crying is a perfectly normal human reaction when your life is crumbling all around you.. It’s good to be emotional. That means you care. I’m not saying crying is bad. Elon Musk is essentially saying crying is bad by denying that he cried when he definitely cried. It’s just hilarious that he felt the need to convince people he wasn’t. This dude is super smart and worth billion of dollars and still feels the need to defend something as petty as whether or not he cried (which he did). Insecure much?

By the way, he for sure cried