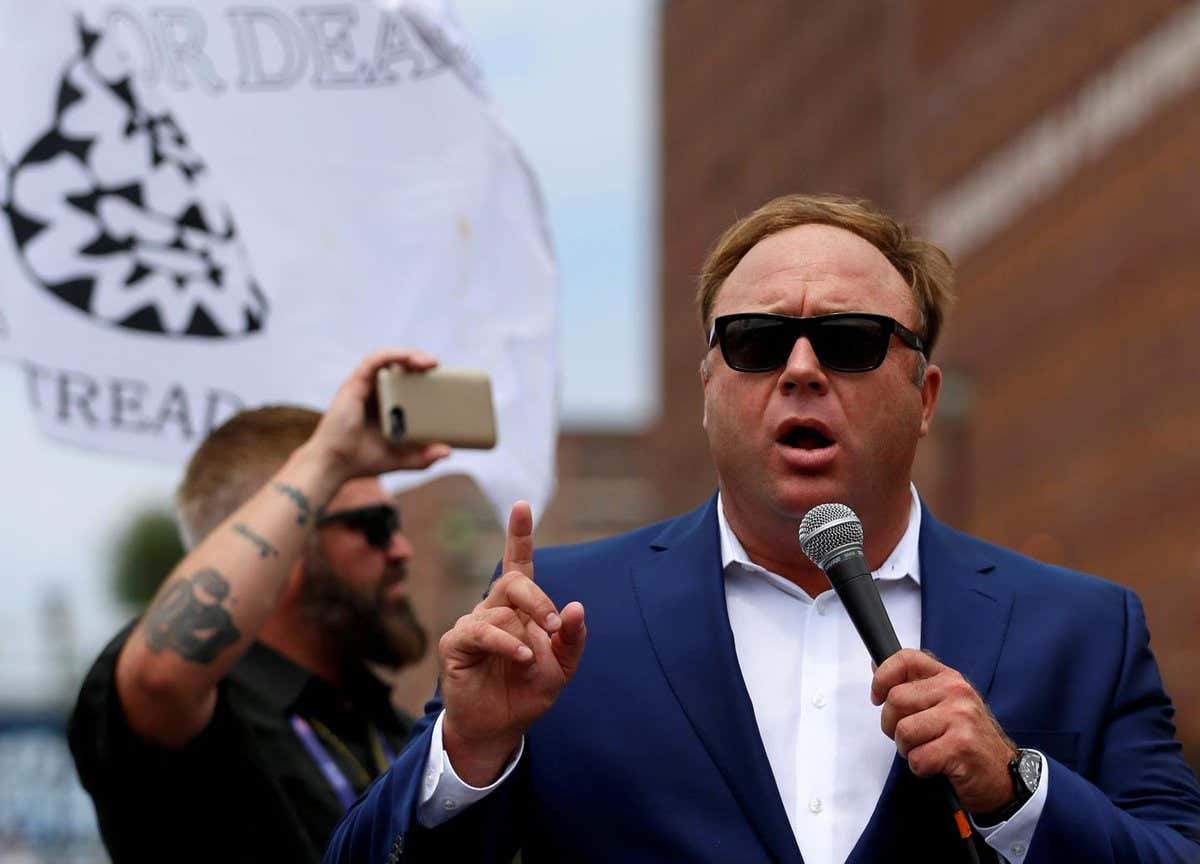 InfoWars founder and notorious conspiracy theorist Alex Jones showed a phone in his hands while on camera which appeared to have open a web browser window displaying transgender pornography.

Jones did not immediately respond to a request for comment.