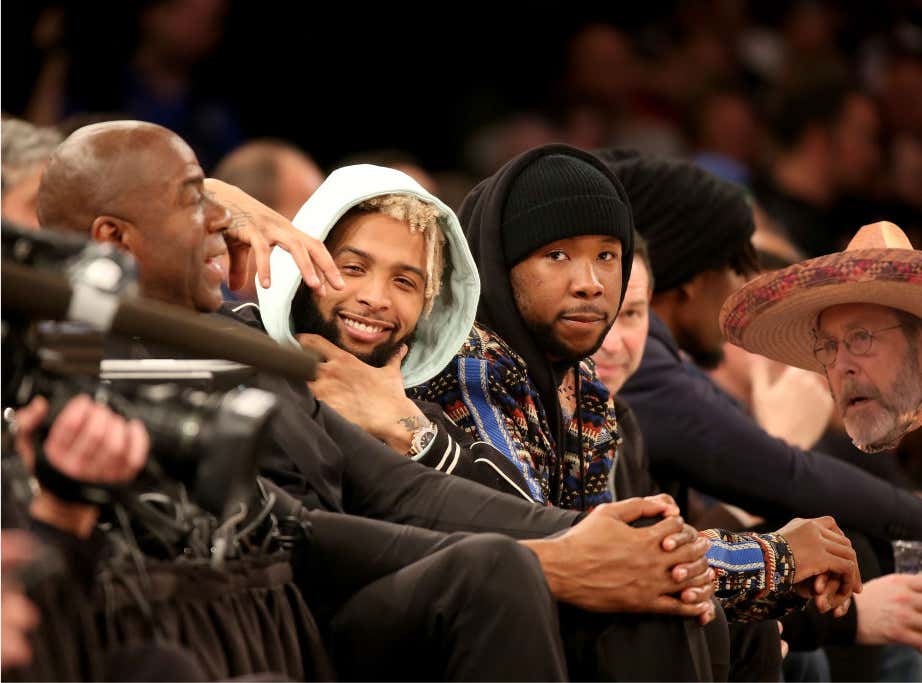 ESPN- In the spring, when the Giants were listening to trade inquiries — the Rams and 49ers were the two teams reported to be interested, but there were others — one curious club hired a private investigator to track Beckham. The Paris video had introduced drug-use rumors that teams wanted to run down, even if recreational drug use falls below his surgically repaired ankle on most teams’ list of concerns. The PI’s report set off no alarms, but despite the Giants being “50-50″ on their willingness to trade him, according to a league source with knowledge of the situation, no team would meet their asking price, which was believed to be a pair of first-rounders.

Look, I get why teams do stuff like this. If you are about to invest a bunch of money and/or trade a bunch of assets for a player, you want to make sure that everything is kosher and buttoned up nicely. But whatever team did this threw away a bunch of good money. Anything Odell Beckham Jr. does is headline news. If he sneezes, every sports site with an NFL section and New York tabloid devotes an entire day of coverage to it. If he eats pizza in a bed with a lovely young lady, it’s all over TMZ and the rest of the gossip sites. It has even reached the point where we have Fauxdell Beckham Jr’s running around and getting coverage for acting like maniacs in the club like a real life version of Fake Sting from WCW back in the day. The fact of the matter is that in 2018, everyone with a phone is a private investigator and they will give away their report for Likes, Retweets, or maybe a few bucks. There’s no need to stick Gene Parmesean on Odell’s tail hoping to find some dirt. To be honest, Odell is going to clubs that even the best PI can’t get into. Dude is A+++ list for the foreseeable future as the best and coolest player in all of New York. But shout out to the unnamed team for doing it’s due diligence anyway while also allowing Giants fans around the world to breathe a lowkey sigh of relief that he didn’t find anything that set off any alarms.