About to start hour 2 of Barstool Breakfast, and have guest spots on KFC Radio and Whoa That’s Weird dropping later on.

But for right now, I am going to give some not-asked-for advice to all the young parents out there who have boys about to enter puberty.

My oldest is 14 and he and I have already had the birds and the bees talk in one way or another over the past couple of years.  I say “in one way or another”, because the talk was not one that I had in one fell swoop.  I did not prepare charts and figures and then sit him down to hammer into him just how he should one day treat jackhammering into someone else.

Instead, we did it in increments.  I created a safe space and addressed any questions he had at first, paying close attention to what he already knew.  Then I have complimented that original conversation with subsequent topics that I think arose as he got older.

When a kid is 10, 11, or 12, he just needs to know the difference between his ding-dong and her beep-boop.  He doesn’t need to hear the intricacies of “the rusty trombone” in that same session… Spread it around. 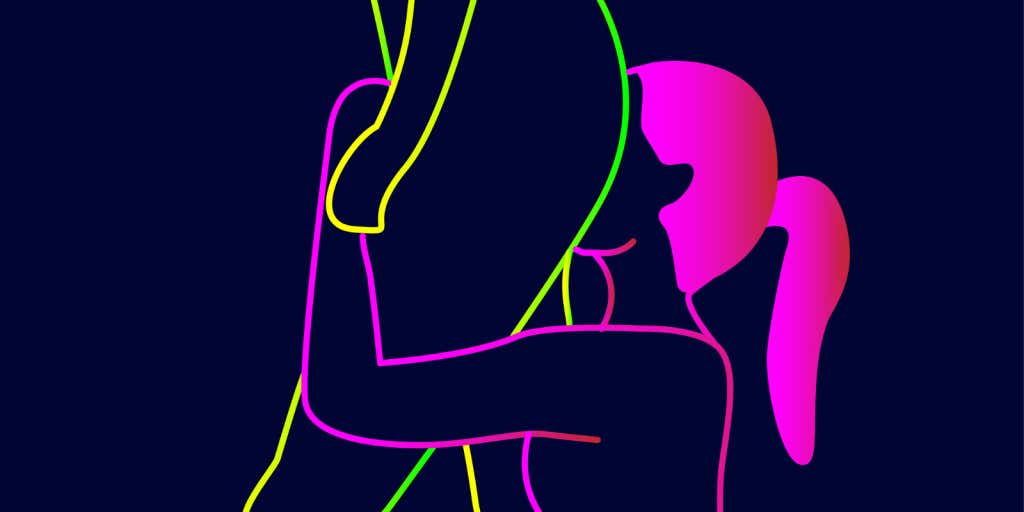 Anyhoo, it was last year (maybe 3 different talks in), that I noticed my son and his friends started hanging out with pockets of girls.   The girls they were spending time with all seem like very decent kids, but I wanted to warn him nonetheless of girls who aren’t so decent.

I am not sure how to spell it, but I was trying to tell him about hoo-ahs (which is phonetically how Italians from Brooklyn pronounce “whores”).

Hoo-ahs, skanks, and skeezers are a big part of a young man’s life.  At some point, a young lady with problems at home is going to decide to go off the reservation and start getting promiscuous.  In my day, the hoo-ahs started by kissing boys after gym, or maybe flashing their bra to an unsuspecting right fielder during a little league baseball game.

Nowadays, young ladies have taken to the internet, performing uncomfortable stripteases for pleasantly surprised pre-teen followers on Snapchat and Instagram.  These junior web-cam girls traditionally have older sisters that give them a glimpse into how not to use the internet and they eventually decide to carve their own niche.

In the girls’ defense, that type of childish promiscuity is often a desperate plea for attention they otherwise don’t receive, so the parents are partially to blame.

Talking to your kid almost always involves metaphors.  You search to find a connection between a topic he/she may not care about and link it to something he/she adores.  When I was having the skank talk, I searched for just the right metaphor to use with my son, and I came up with 2 that I found to be equally effective.  I am not sure if I heard these metaphors elsewhere, but I am going to treat them as though I made them up.

As my son gets the opportunity to court young ladies going forward, I want him to pick the right one.  Often times at his age, there is a tendency to go after the shiny penny rather than the diamond in the rough.  Unfortunately, it’s these shiny pennies that are the ones who have been in many wallets, so it’s my job to teach my son to appreciate the difference.

So we had this following exchange…

I said to him, “Think of your favorite flavor of chewing gum, and think about how great it would be to have a piece of that gum right now.”

“If I was to offer you a piece of that gum this second, would you take it and chew it?”

“Now what if I was to offer you that same piece of gum, but one of your friends already chewed it?”

“Or what if I was to tell you 5 or 6 of your friends already chewed it?”

I said, “Remember that pair of Lebron’s you were looking to buy before hoops season starts?”

“Well, would you still want that sneaker after your whole team ran around in it and each kid left a little bit of their essence in that shoe before they took it off?”

“That’s not important… But you know what I am saying.  Do you want to wear even the finest sneaker after multiple guys played in them?”

“I get it, dad… When it comes to girls, I’ll look for new gum and fresh sneaks.”

And then he winked.

I winked back and said… “And no fucking filthy hoo-ahs.”