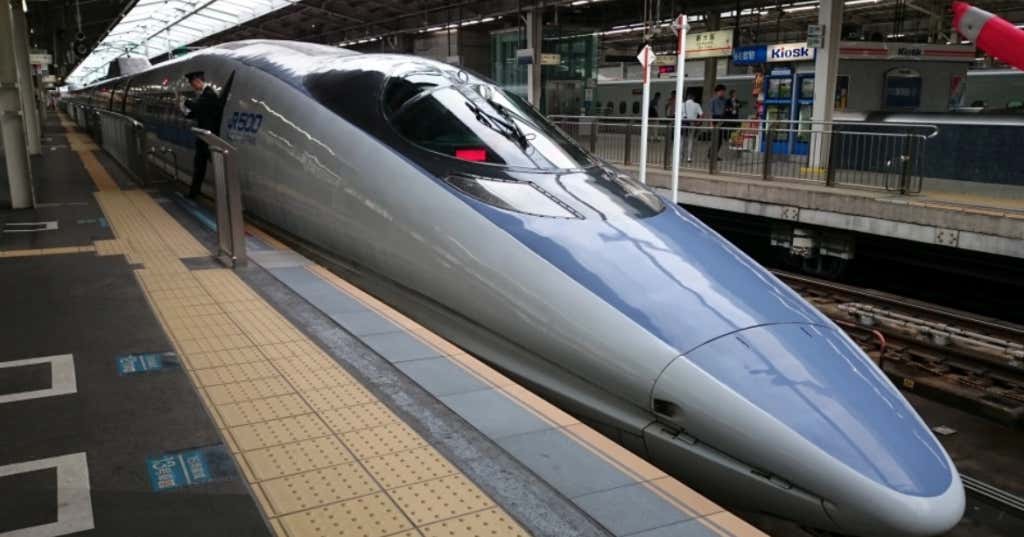 A Japanese rail firm has defended a safety exercise in which employees had to sit beside the tracks as bullet trains sped through tunnels at 186 miles (300km) an hour.

Almost 200 maintenance staff have had the bizarre training, the company said, in a bid to show them the potential dangers of the train and impress on them how seriously they needed to take their jobs. The company, JR West, said it had no plans to alter the exercise despite complaints from some employees.

They introduced the training on Japan’s renowned shinkansen bullet trains in 2016, after an accident in August 2015 in which part of a train’s exterior fell off, a company spokesman said. The purpose of the drill was reportedly to make clear to the staff how fast the train moved and therefore how seriously they needed to take their jobs.

But it has proved unpopular with some employees, local media reported. It was a horrible experience,’ the Tokyo Shimbun newspaper quoted one employee as saying.

Now this is how you get shit done. Want to guarantee your workers are going to do a good job? Threaten their fucking lives as a 200 mph train whizzes on by, ready to decapitate them if anything goes wrong. We should be doing this with everything we have in America. NASA needs their engineers and workers standing outside launches to make sure everything goes smoothly with their rockets and space shuttles. If they fail, not only are we wasting hundreds of millions, but people are held directly accountable.

Obviously employees over in Japan are not thrilled with this kind of feat-tactic training. No one wants to wake up in the morning knowing they’re scheduled that day for fear training and could possibly not make it home. You think JR West, the train company, gives any fucks? Heavens no.

The company, JR West, said it had no plans to alter the exercise despite complaints from some employees.

It’s about getting the job done, and that’s what they’re doing over there. In the company’s history, no one has died from a crash because everyone is too scared to mess up. You are placed one meter one wide and one meter deep from the bullet trains as they race past you at speeds upwards of 200 mph. Hats off to Japan here, they know how to get the most out of their people. If Elon Musk wants to actually make his bullet train idea come to life he needs to take notes about what JR West is doing.