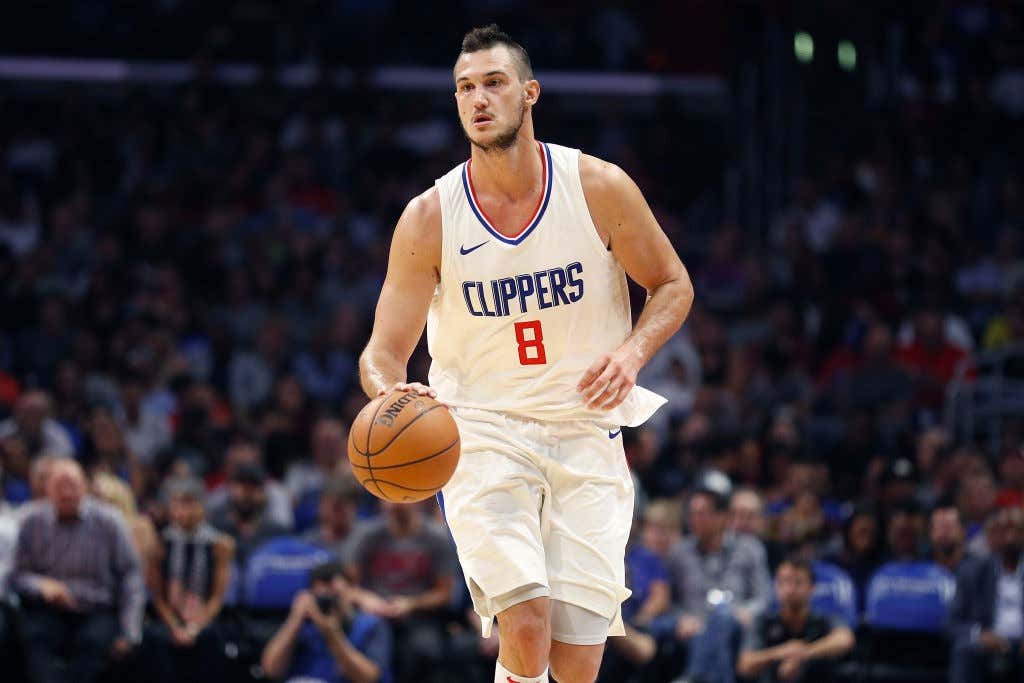 Here I was, minding my own business cruising NBA Reddit as I tend to do when I’m at my desk and want to kill time, and thanks to u/lolwtferic my eyes and ears were blessed with video above that apparently came out last October and I guess I had just never heard it. In my opinion, this theme song is absolute white hot fire flames. No clue what they’re saying other than than his name, but god dammit I’d be lying to you if I said I wasn’t sitting here yelling DANILOOOOO GALLINARIIIIIIIIII over and over in my head. So simple, yet so awesome. And the second they introduced those saxophones? They looked exactly like I did when I pretended to play the sax during a middle school music concert and just moved my fingers and swayed back and forth (shoutout Steve Hochman for actually being the one who played).

But back to the song, I don’t get to Clippers games in LA, but anyone with a brain would play this for his intro right? Can any LA stoolies confirm if they rock this at all during a game? Feels like a no brainer to me. Now obviously Gallo is going to have to stay on the court, something he didn’t exactly do in his first year with the Clippers, but I’ll give it to the Italian Stallions, they make one catchy ass tune.

This then made me think of what other NBA players. might have themselves a fire theme song that we don’t really talk about. After a good 35 seconds of googling the results weren’t pretty, but here’s what I found

No where close to the level of Gallo’s in my opinion. You are now welcome for having this song about a slightly above average NBA player stuck in your brain for the rest of the day. Consider it my gift to you.

Speaking of great NBA theme songs, gotta give credit to the GOAT