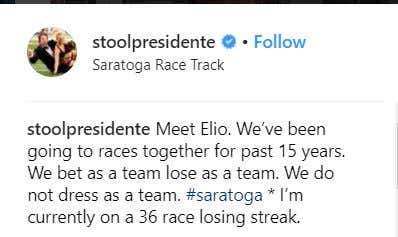 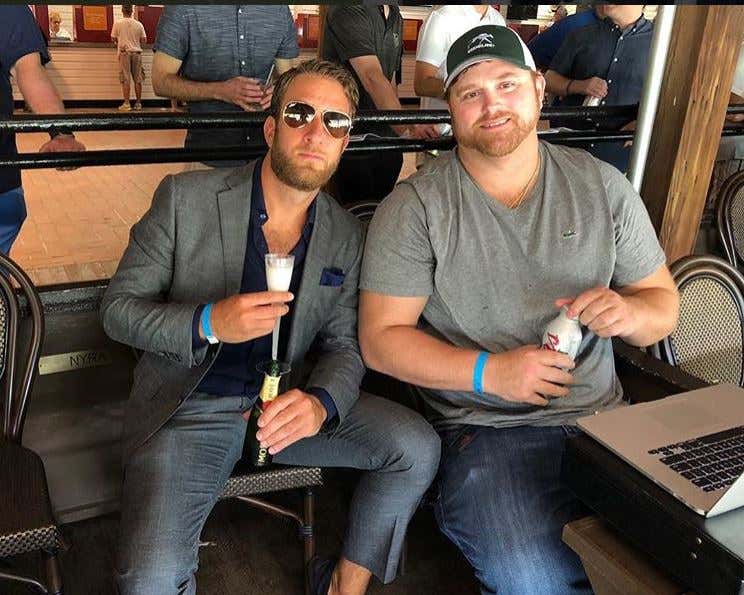 So Saratoga week is over and what a week it was. We did radio from the track and had guests like Mike Repole, Bob Baffert, Sol Kuman, Bradley Weisborg etc. Basically all horse racing royalty. Baffert by the way told me that he hated the name of my brand new horse which I just named Alright Frankie and that it was a Wednesday name so that was nice.

But that’s neither here nor there. As many people know Elio and I have been gambling together for 2 decades. We go to every Breeders Cup together and a couple other big races every year. We split every bet we do. We bet as a team. We win as a team. We lose as a team. The only rule is you need to bet a minimum of 600-1,000 bucks a race. But we make our own picks and just split everything down the middle. And just like clockwork there are times I want to hug him, times I want to kill him and times I pity him. But in the end there is nothing quite like a week at the Spa. Here is the recap of our week.

Elio Loses A 4,000 Dollar Ticket In the Middle of Radio

Elio Leaving With Nothing But A Wire In His Suitcase

Elio In the Morning

Pres in the Afternoon

There is nothing quite like the track. The lows are low and the highs are high. When it was all said and done I probably was about even. I was done 30K probably at one point and then Elio brought me all the way back on Saturday. I stayed Sunday and lost, but it could have been a lot worst.

Aftermath of When You Do it For the Gram 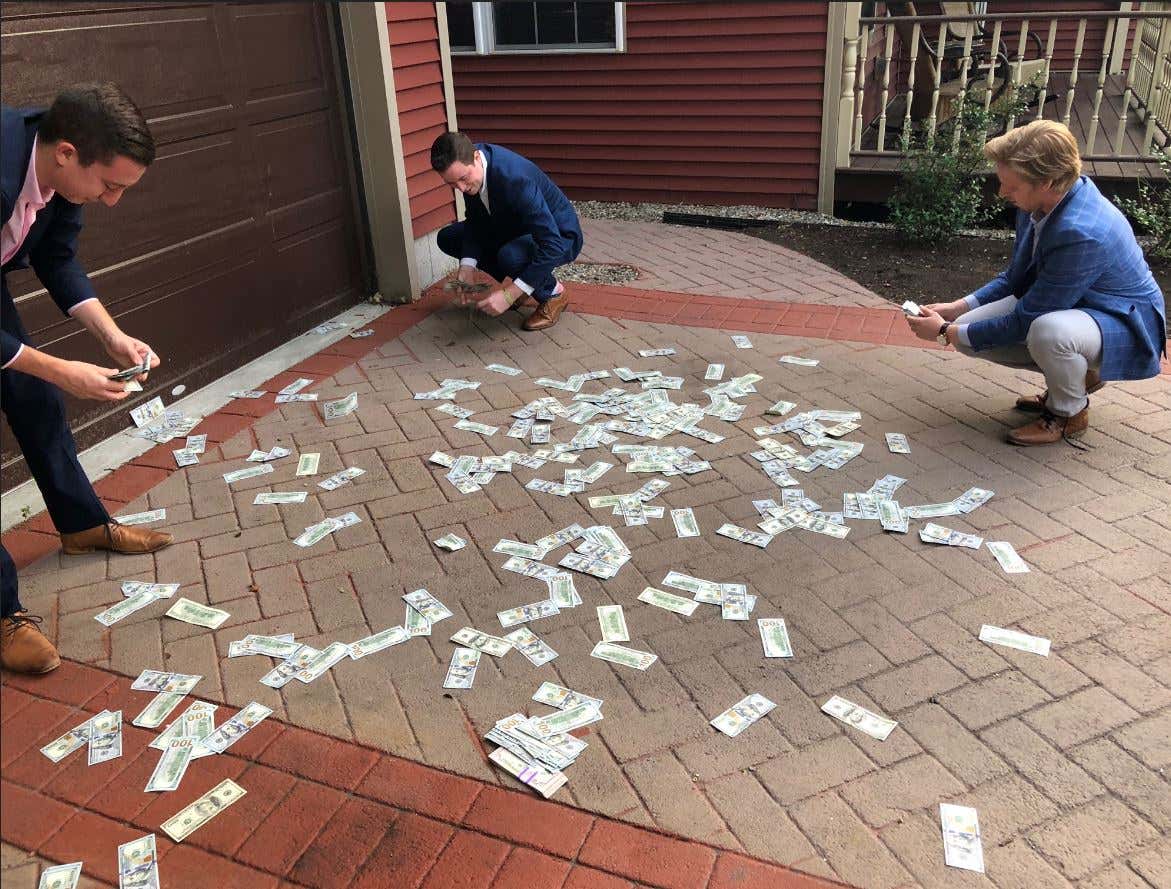