I will never quite understand people who run on the field in the middle of any sporting event with a big field (football, baseball, soccer). What’s the thought process? Is it really just for someone to get that 10 to maybe 15 second video of you on the same field as the athletes? Maybe you make one guy miss with a nasty juke. You’re not going to end up on TV because they won’t show you. You’ll end up on Barstool if you do something interesting, but I still don’t think it’s worth going to jail for. That’s the cost. You pay a pretty good fine depending on what state you commit the crime in and you spend the night in the local jail. Is it really worth it? Well in the regular season and you’re blackout drunk and your team is getting blown out then maybe I could see the thought being semi-reasonable. Well, how about a Raiders-Packers preseason game? That’s worth prison? Not only did this maniac run on the field, but he fucking assaulted the security guard.

I don’t think I’ve ever seen a guy run on the field and fight back like that. At one point he has the security guard pinned down. It takes two guys to stop him from fighting back and by the end of it the initial security guard has his neon vest pulled over his face after going through the ringer. That poor security guard likely quit after the game. He’s not getting paid enough to deal with this shit. There has to be something better out there. 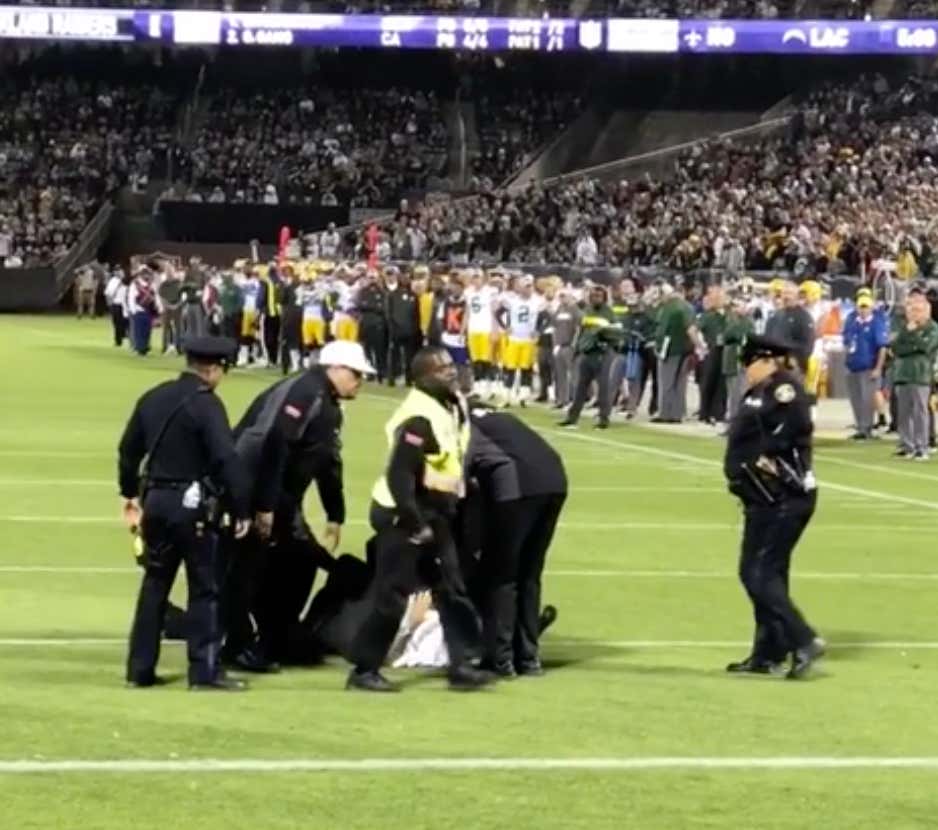 Fucking Raiders fans, man. They just don’t care. Goddamn maniacs. This guy in the white has an assault charge coming his way and could care less. When the team moves to Vegas these crazies are going to be left in Oakland and that’s a little sad. There’s nothing quite like Raiders fans. They define the organization for shit like this. There’s only one fanbase that would do this in the preseason and it’s Oakland.