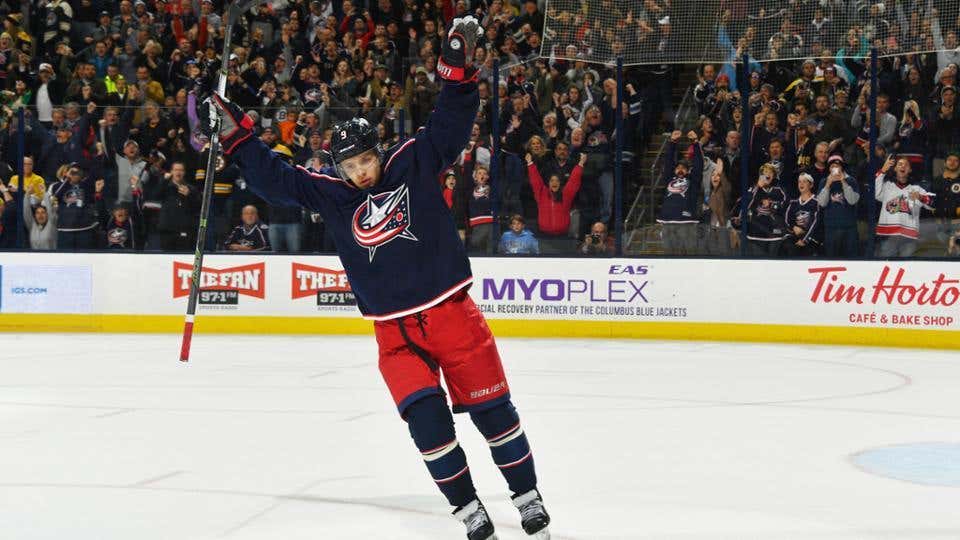 As we’re winding down the Summer of John Tavares, all signs point to next summer being the Summer of Artemi Panarin. There’s currently a few other big names on the 2019 UFA list like Erik Karlsson & Tyler Seguin – but both of them figure to have their futures locked up before they hit the open market. That leaves the Bread Man as the premier catch who, according to a report by Jackets writer Aaron Portzline, has the Blueshirts atop his landing spot wish list. His agent has denied it, which any good agent who doesn’t want to give away leverage would do. Rumors have been swirling all summer though about Panarin wanting to play in a big city. Other GM’s have said they’ve heard the Rangers are his preference & just look at how this forward corps is shaping up. Perfect fit.

Russian kids like Buchnevich & Kravtsov are primary building blocks of this organization’s future. There’s other top-notch talents in Andersson, Chytil & Howden who plan to be Rangers fixtures too. Mika Zibanejad, the only forward with a significant contract past ’19-’20, is only 25. A majority of these names are natural centers so a need for an elite wing certainly exists, but there’s loads of young skill the Bread Man can thrive with. And let’s not forget the additional assets (hopefully prospects over picks) the Blueshirts will stockpile once Hayes & Zucc are moved. Panarin is coming off an 82-point campaign playing primarily alongside teenage rookie pivot Pierre-Luc Dubois. He’s proven he doesn’t need a Patrick Kane to produce. Instead, he’d be Kane to this franchise.

What’s it gonna cost? Well, the Rangers certainly aren’t gonna get in the mix for a potential trade when there’s reason to believe they can land him next summer without giving up a thing. So if that holds true, the Tavares deal (7 years/$77M) is a pretty solid comparable. New York currently will have almost $20M to play with and only a handful of RFAs to sign. There’s legitimately no realistic price tag they can’t afford. If you’re worried about signing a 28 year-old to such a deal, don’t forget this is only Panarin’s 4th NHL season. He’s got a lot less mileage on him than a guy like Tavares who, even though he hasn’t seen too many playoff tilts, is going into his 10th. Plenty of reason for optimism in expecting peak Panarin for a majority of his next inevitable pay day.

There’s a slew of defensive prospects like Miller, Hajek, Lundkvist (not to be confused with F Lindqvist or G Lundqvist) & Rykov behind youngsters Skjei & Pionk on the back end. Shestyorkin will soon be coming to succeed Hank. Maybe this upcoming season is gonna be brutal. That’s fine. The future is bright enough as it is, it’s just gonna take time. But add one of the league’s premier offensive talents to the mix and all of a sudden this rebuild is put on a much faster track. If he genuinely wants to be a NY Ranger, the only thing preventing it is the fact that it’s not July 1, 2019 yet.