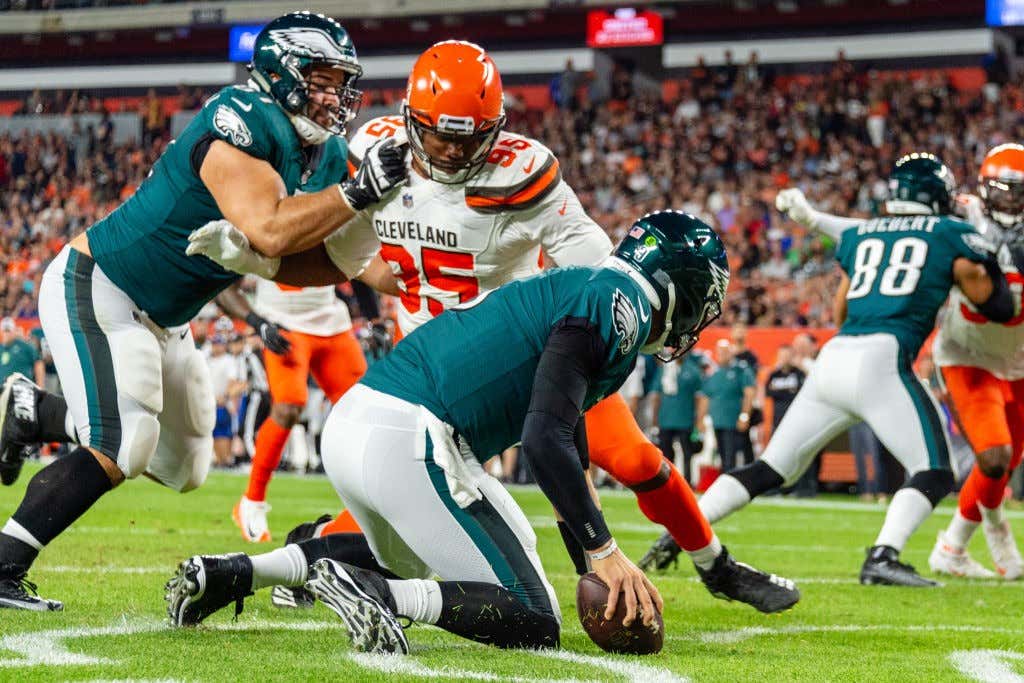 The Philadelphia Eagles looked like a nice, steaming pile of human fecal matter last night. Preseason or not, a 5-0 loss in the National Football League is a vomit-inducing performance. It was not ideal to say the least. But I wouldn’t run around looking for the nearest bridge to jump off of just yet. Because if last night’s performance told me anything about this 2018 Philadelphia Eagles team, it’s that they don’t have an HBOGo login password.

I know, I know, I know. I’ve asked myself the same questions over the past 12 hours. But it’s true. And it all makes sense. Why would the Eagles go out there to play against the Cleveland Browns, the team which is featured on this current season of HBO’s Hard Knocks, and put on a surgical performance if they can’t even go back to rewatch it on next Tuesday’s episode? Would would be the point in putting in that effort if the only pieces they’ll be able to see from the episode are the scenes which people film their screen with their phone and upload that shit to Twitter? So instead of going out there and kicking the ever living doodoo out of the Browns, they figured they’d sabotage the entire episode all together. If they can’t watch the show, then nobody is going to watch the show. And who the hell wants to watch a show that recaps a game in which the only points that were scored came on a field goal and a safety? Not I.

So did last night suck? Absolutely. Should we start to be concerned that maybe Nick Foles used up all of his super human big dicked powers in January/February last year? At least Doug Pederson thinks so.

But in reality, Nick Foles should be applauded for the gumption it took to really stick it to premium cable like that. I’m sure it wasn’t easy and it was definitely a risky decision. But he pulled it off to perfection. And in the process, he proved what a team guy he truly is.

Not a lot of guys would throw a game on purpose just to make sure his good buddy Carson Wentz can start week 1 no questions asked. But that’s not what this team is all about. The Philadelphia Eagles are a bunch of selfless dudes who only want to see the team succeed, even if it’s at the cost of their own playing time. That’s how you win championships. So when you really think about it, last night couldn’t have gone any better.