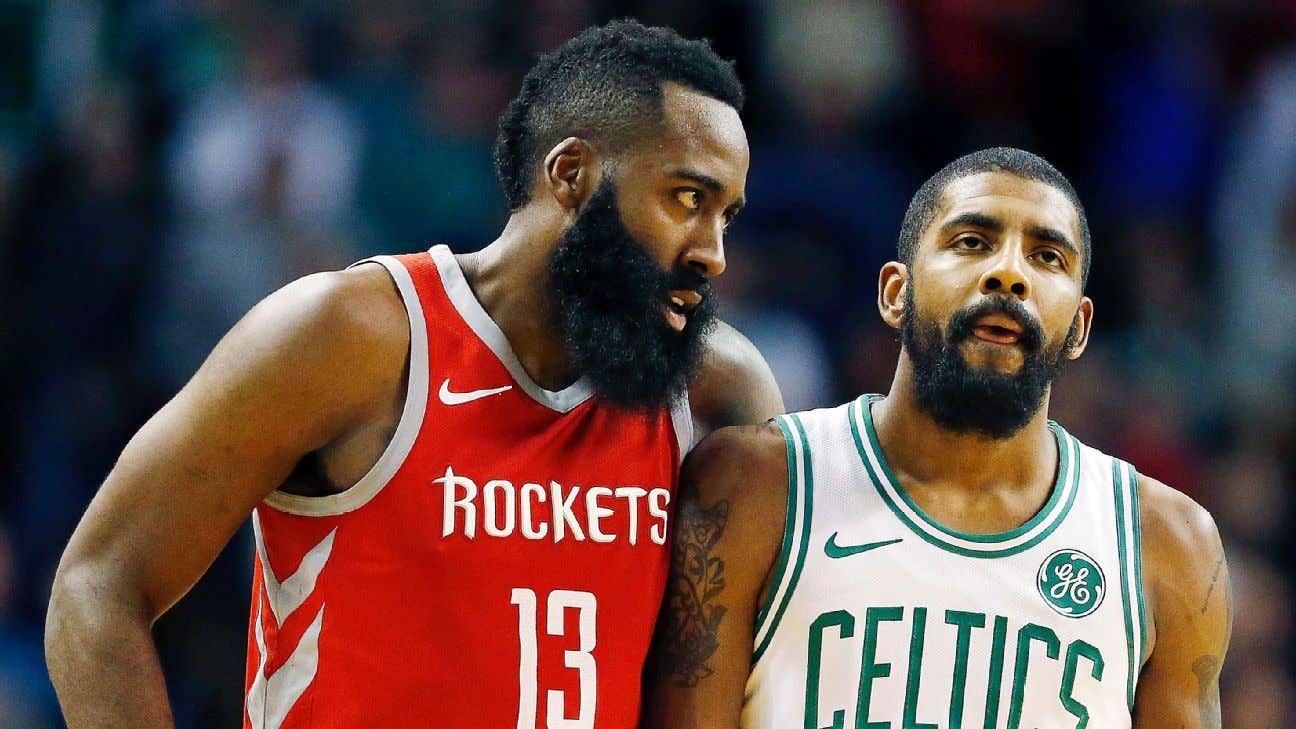 We know all about the Tiger vs Phil PPV for $10 million. It’s overdue and will be awesome. So with that in mind I started thinking about other 1v1 matchups and really from the basketball standpoint. What would be the best 1v1 game to watch right now with $10 million on the line?

There are a couple of ways to go about it. Personally, I want to find the best matchup, not necessarily the two best players (LeBron vs Durant), but what two players match up the best against each other. Within those lines, I don’t want to find a mismatch. For instance, Durant and Harden are probably the best 1v1 offensive players. However, Harden wouldn’t have a shot to defend Durant due to his size. So I would rule that one out.

Now, since this is my vote, I’m partial to guards. I want to see handles trying to embarrass each other. That’s why I’d go with Kyrie Irving vs James Harden. Both are elite scorers. Both have handles. Both have enough moves to create space while both are on the below average side defensively. This is all about fun and scoring. I don’t want to see Kawhi lock someone up in a 2 hour 21 to 15 victory. I mean, I’d watch, but I wouldn’t be happy.

Let’s assume both are 100% healthy too here. Kyrie being able to go 1v1 in an ISO set and use his handles against Harden’s defense? The question would be how many times would he pull up from 3 or get to the rim? Same goes for Harden. We know how he loves to use that cross into a stepback. Does he continue to do that? Let’s go a step further and say they have to front the money – at least a million each. How hard do you see them going at each other?

Now, I know 1v1 isn’t the most fun thing to watch. But, it’s vital in basketball. You have to be able to beat the guy defending you, especially in today’s game. You need to break down the defense and be a 3-level scorer. It’s just how the game is going. That’s why teams still practice 1v1 from a player development standpoint.

So with that in mind, I ask, who are you taking in a 1v1 game to watch? Rules are they have to be current players and we’ll assume it’s 100% healthy.