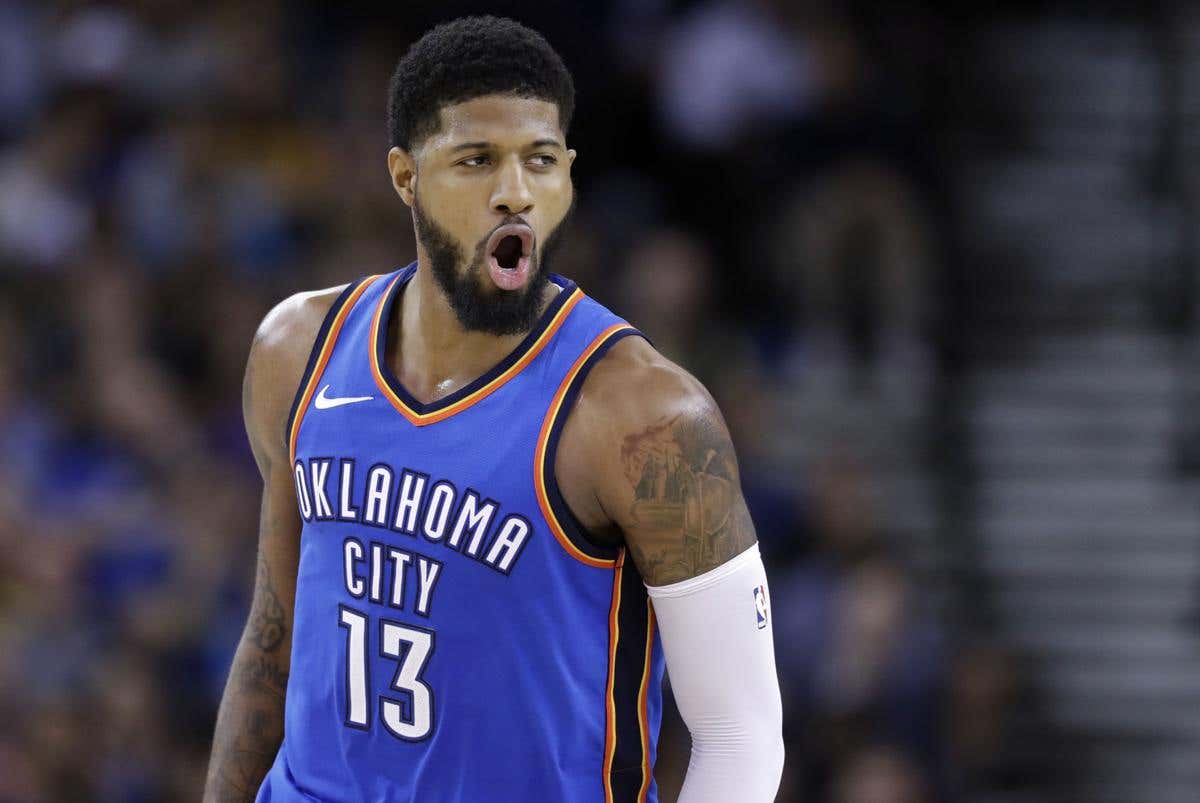 [Short Story Long] - “L.A. was pissed at me. I didn’t give Magic a shot, which I understand. But at that point, I knew I wanted to give it another shot. I didn’t want to prolong it and waste people’s time.”

The above is a quote from Paul George on the Short Story Long podcast. I absolutely can’t get over how much the Lakers are whining when it comes to him. This honestly reminds me of college athletics where a team gets a verbal commitment from someone only for that recruit to go sign elsewhere. That’s essentially what Paul George did.

Here’s the thing. Who gives a shit? You signed LeBron. You’re going to have money in the coming years to sign other big names who want to play with LeBron/in LA. Also, why are you mad at George? This is the beauty of free agency. You play out a contract, you have the decision to play wherever you want for whatever amount of money you want. That’s what he did.

George wants to give it another go in Oklahoma City. He wants to see what its like when they are fully healthy. Yes, Andre Roberson isn’t a big name but when he does on the defensive side of the ball is just so vital to the Thunder. He’s able to take more money from Oklahoma City. He’s able to play with Russell Westbrook. Was LeBron going to sign with the Lakers? Yeah, probably. But, he wasn’t signed when George was making up his mind. Why should he wait?

I’m not a Lakers fan. Never have been. Part of the reason is the sense of entitlement that the Lakers have – unlike us Knicks fans who absolutely aren’t delusional when it comes to the prestige of the two-time NBA champions. That said, I love the image of Magic and Buss sitting there complaining to each other and whining on the phone to get George to reconsider like a desperate ex.