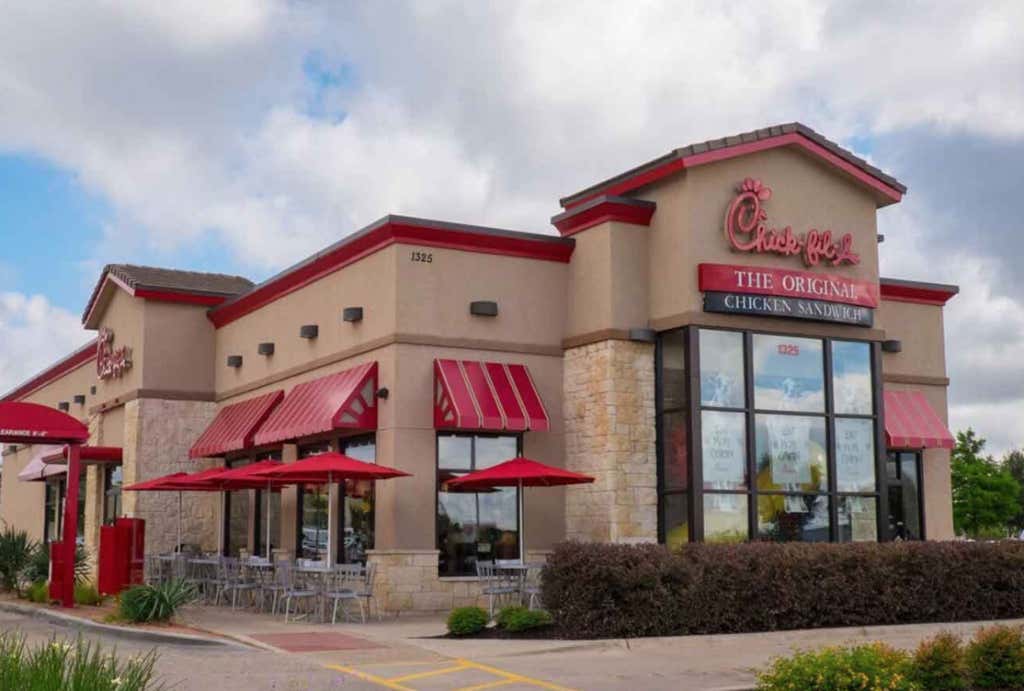 A Chick-fil-A is opening up in the parking lot of Merritt Square Mall in Merritt Island, Fla. — a few hundred feet from an already established Chick-fil-A sitting in the shopping center’s food court.

The decision to open this new location does not come lightly for the brand, which only opens a limited number of restaurants each year.

“While we receive hundreds of suggestions from customers on where they would like to see a new Chick-fil-A restaurant, the real estate team at Chick-fil-A, Inc. is responsible for selecting all new locations based on corporate goals for expansion in specifically targeted markets and other relevant business factors,” the company said.

Chick-fil-A is one weird restaurant chain. You would think they have zero interest in making any money whatsoever with how they’re ran. They aren’t open on one of the seven days of the week. Immediately cutting their potential revenue by one-seventh. They have this weird anti-gay stance even though it’s 2018, which surely pisses off a lot of people of that sexual orientation. And now they’re just opening stores right next to each other. Just zero fucks given about what could make the most money.

There are about 2,200 stores in the entire country with about 75-80 new restaurants opening each year. An estimated 20,000 applications come through every year to open a new franchise and only about 1% get picked. I can’t tell you the amount of times I’ve been somewhere and I ask where is the nearest Chick-fil-A. I almost always have an appetite for it and there are many times I’m left devastated to find none in the drivable area.

In this Florida area in Merritt Island, specifically the Merritt Square Mall, there are now two stores within shouting distance of each other. Incredible. It’s such a terrible idea that it’s too perfect for Chick-fil-A. So many starving areas craving a new opening and they choose a plot of land 600 feet from another one. Genius. If I were ever named President I would force a Chick-fil-A to be open in every airport. I went through Charlotte one time and was so happy to see one as I got off the plane. I need one in every single airport so that I can be happy when I fly. Need it to happen.

I’ve definitely convinced my stomach that we’re getting Chick-fil-A for dinner just by writing this blog.