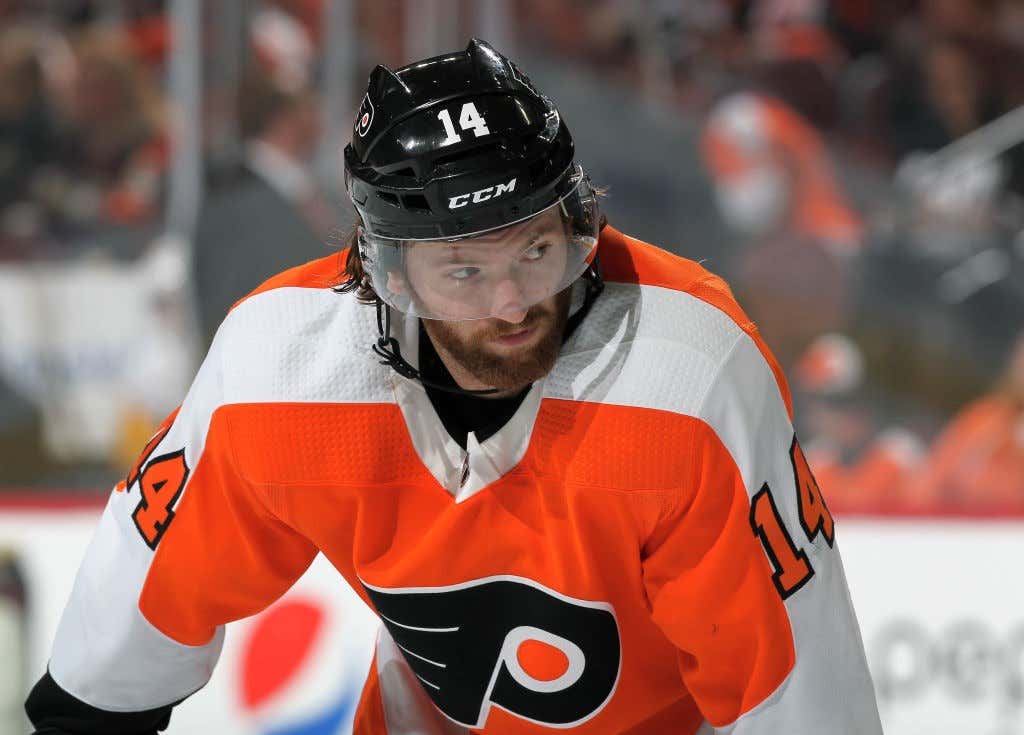 CP – Sean Couturier returned to South Jersey last week and it may not be just to gear things up for training camp on Sept. 14.

According to a report by the Montreal Journal, Couturier re-injured the medial collateral ligament in his right knee that was injured back in April when the Flyers were in the playoffs. Couturier, the Flyers’, No. 1 center, collided with defenseman Radko Gudas in a practice amid a playoff series with Pittsburgh and played two games with the injury.

He said at the time that if the injury had occurred in the regular season it would have required a four-week recovery…The re-injury, according to the report, came on a routing move during a tournament called Boot Camp two weeks ago in Couturier’s native Quebec. Earlier in the offseason, Flyers general manager Ron Hextall said Couturier had made a full recovery without surgery.

So if you remember–Sean Couturier ended up tearing his MCL during the playoffs last year, only missed one game, came back to score the game winning goal in game 5 and then had a hat trick and points on all 5 Flyers goals in game 6 where their season ultimately ended. Five points in an elimination game on a torn MCL. I believe that’s what people often refer to as “Hockey Tough”.

Unfortunately, part of being hockey tough also means that you don’t necessarily receive the proper medical treatment when you need it. So even though Sean Couturier’s right MCL was able to heal on its own over the course of the offseason, that doesn’t mean that it was 100% good to go and not susceptible to re-injury. Which, apparently, is exactly what happened a couple of weeks ago back home in Quebec.

So now here’s the thing. The Flyers are a little less than a month away from training camp. Their first regular season game is October 4th in Vegas. If the injury happened a couple of weeks ago and the standard timetable to heal an MCL injury is sometime between 4-6 weeks, then that would mean that Couturier should probably be good to go before the start of the season. But should he go right away? It’s one thing to jump out there 4-6 weeks later after the first time. But to do it again after re-injuring the same ligament a second time in just a matter of months? Ehhhh I really wouldn’t hate the Flyers’ doctors discussing some options over a candlelit dinner with the Sixers’ doctors on how to handle this situation. Obviously I wouldn’t want them to go full Sixers mode here but imagine this. Couturier is ready to go for the season opener, plays pretty well but you can tell he’s not 100% for the first couple weeks of the season. That ligament still isn’t completely healed up yet and he ends up getting hurt again, this time he’s out for 4-6 weeks in the middle of the season. Then he returns after that injury but again, he’s clearly still not operating at 100% and it’s just a rinse & repeat type of cycle. Basically it’s exactly what happened with Wayne Simmonds last year. You waste an entire year of either having Sean Couturier at 75% or no Couturier at all. That’s the furthest thing from an ideal situation.

I want Coots in the lineup for 82 games a year just as much as the next guy. But Sean Couturier in April/May/June is way more important than Sean Couturier in October. No need to be a hero just to take the opening faceoff of the season.