I say it all the time, but I absolutely hate preseason polls. It’s ridiculous to put too much stock into where teams are ranked. Some teams belong and some don’t (sup, Texas?). Once the season starts, it’ll all shake out in a hurry anyway.

But UCF being #21 actually surprised me. Not because I necessarily think they deserve to be ranked higher but because with all the noise they made this year, I figured they’d crack the Top 20. To be fair,  they did go undefeated, won their conference and upset Auburn in the Peach Bowl. All impressive things. 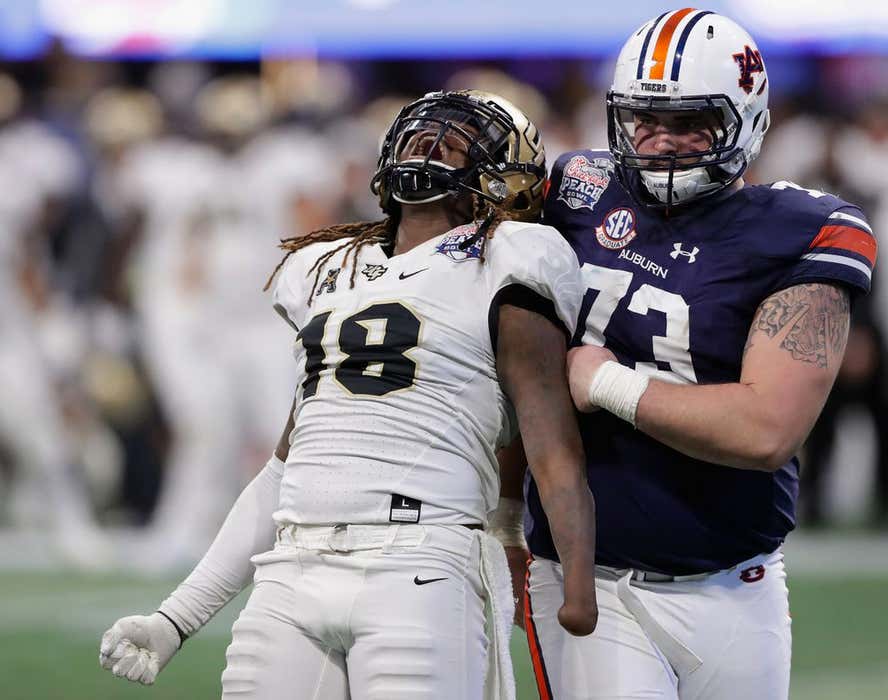 1. That conference they won? AAC. (That’s the American Athletic Conference, in case you don’t know)
2. They have a new head coach. Why would a coach leave after a perfect regular season? Because Scott Frost wanted to coach in a Power 5 Conference. Shocker. (And anybody who says he would’ve turned down any other P5 school other than Nebraska to stay in the AAC is ignorant)
3. They lost four key guys in the 2018 NFL Draft, including their two best defenders.
4. Oh ya and it’s the first time in school history they’ve been ranked in the preseason.

But hey, I can’t tell people what chip (rock?!) they should and shouldn’t have on their shoulder. None of my business. I’d personally take a page of Boise State’s recent history book instead. (Anyone remember the Boise State snub in 2007?) Keep proving that you deserve to be in the conversation year in and year out and maybe you’ll be ranked higher in the preseason.

But whatever. You do you, UCF. 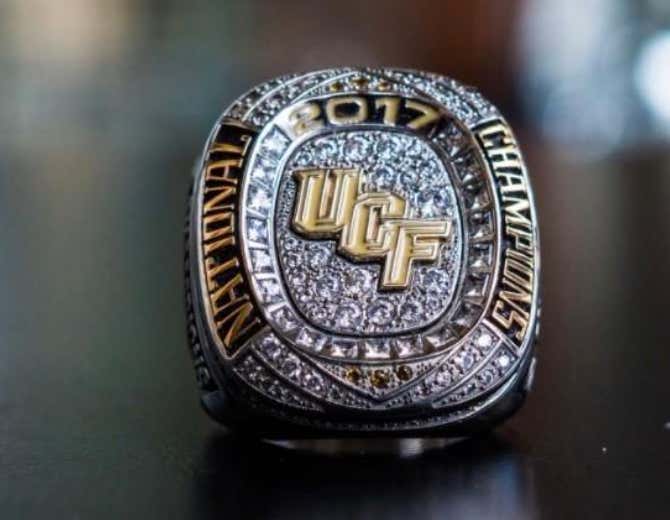 And I’m definitely not going to make fun of the fact that they claim a National Championship that they didn’t actually win, because that’s what fans say “the point is”. But IF I WAS going to, I’d say this has officially gone from a semi-entertaining troll job (I choose to believe nobody is actually dumb enough to believe UCF won and Alabama didn’t) to an absolute joke.

Wins the “National Championship” and sits at a fold out table like my grandmother plays cards on.  Sweet location if you like coffee though.