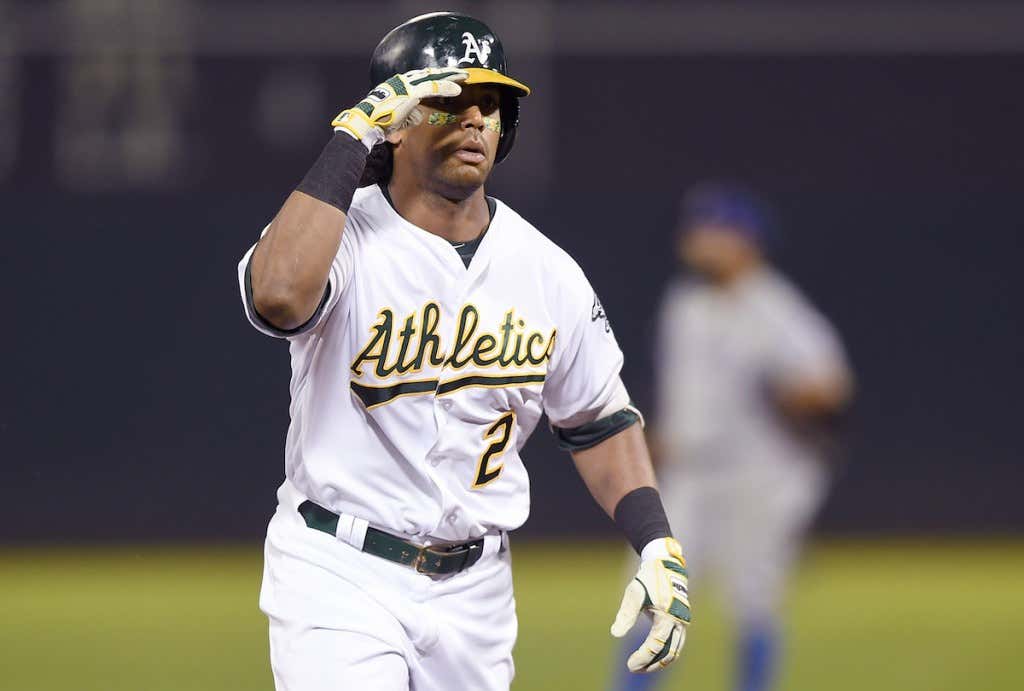 As each day passes this season, I come to find more and more reasons to like this 2018 Oakland A’s team. They’re talented as hell, a true underdog story, and they do stuff like this. Before the game on Monday night, some of the guys met with about a dozen kids from the Make-A-Wish Foundation. Among them was 10-year-old Anthony Slocumb, whose favorite player is Khris Davis.

Anthony is currently in remission from a rare form of cancer by the name of Langerhans cell histiocytosis. Knowing that he was Anthony’s favorite baseball player, Davis asked him to sign his jersey, as the two exchanged autographs before the game. Davis chose to keep the signed jersey on for their game against the Texas Rangers. In the bottom of the third inning, Davis crushed a 3-1 two-seamer that traveled 438 feet before it crashed off the windows that are positioned beyond the first section of seats in left-center. It was an absolute bomb.

After the game, Davis talked about choosing to wear the jersey that Anthony had signed for him, and how he thought about him as he rounded the bases on his home run.

The A’s went on to win this game 9-0. That, coupled with an Astros 7-4 loss to the Mariners, put Oakland back in a first-place tie with Houston in the AL West.