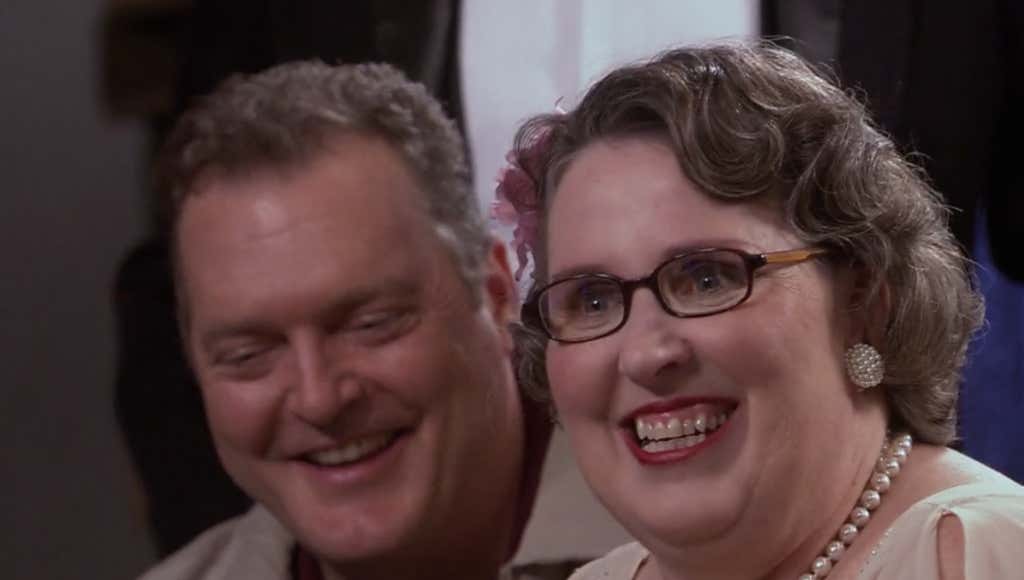 While doing my previous blog about Jim Halpert playing on PokerStars, I went back to Casino Night to get a screenshot of Kevin playing while wearing his WSOP bracelet to put a bow on the blog, and caught something else. At Casino Night, Phyllis beats Kevin in a hand, and then Kevin goes “I suck”

…well….not so fast, my friend. Look at this: 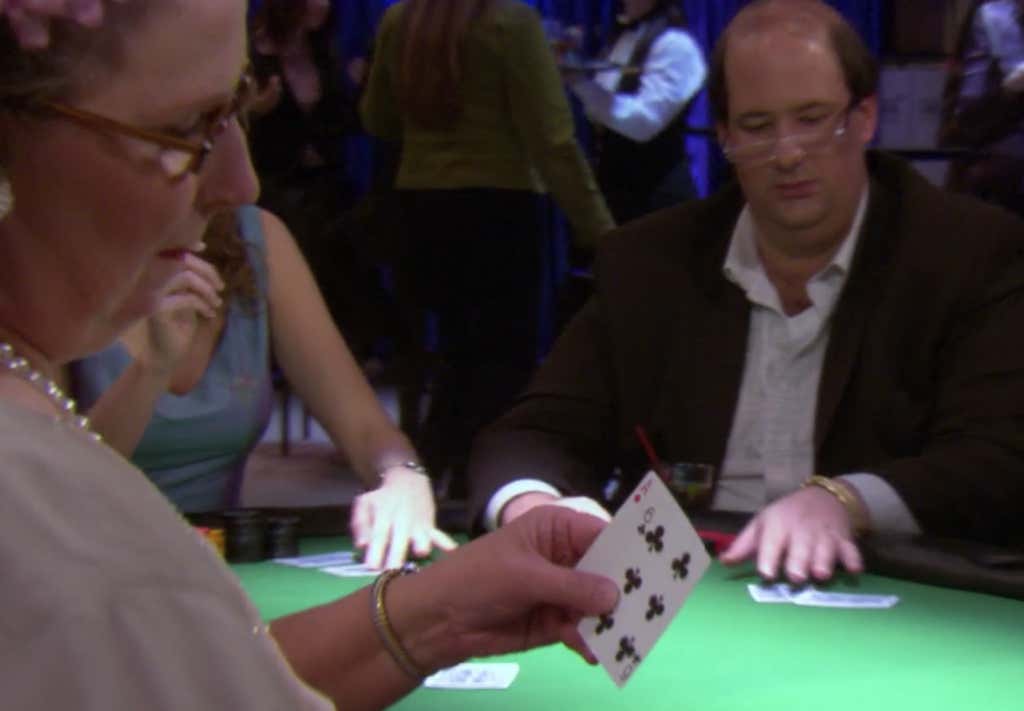 There’s the ace and the clover that Phyllis has.

But then look at the board….

The 6 of clubs again! It was a misdeal, a bad deck, and Kevin should have never lost the hand at all. And it kind of makes sense how he didn’t notice it- with Oscar and everyone yelling about Phyllis has a flush, the excitement of it all, and being on the opposite side of the table, he just got up and walked away.

PS: The more people tweeted at me last night (because it’s not every day something new about The Office gets discovered so people are very excited), the more I am convinced Bob Vance, Vance Refrigeration runs a crime syndicate in Scranton. And it adds up:

But I think the biggest giveaway is how Phyllis blackmails Angela after catching her with Dwight. She uses that knowledge to become the head of the Party Planning Committee. She bosses her around and has her by the throat every step of the way, until Angela calls her bluff and Phyllis doesn’t blink, telling the entire office what she knows. The entire thing was very Heisenberg-esque of Phyllis, using tactics that she probably learned from Bob Vance, Vance Refrigeration. Stay woke.