… But you should see her box!

I watched some boxing this weekend.

Tyson Fury fought a southpaw I never heard of named Francesco Pianeta in a ten round bout in Belfast, Northern Ireland.  It was inexplicably an outdoor event and, as is so often the case outside of Irish pubs, the rain began to fall just as the punches began to fly.  It was distracting to watch ushers tossing hundreds of plastic ponchos into the crowd… Looked like a cafeteria food fight in the background.

The fight itself was pretty uneventful.  After a long layoff filled with drugs and cholesterol, people were curious if Fury could throw punches for 10 rounds, and he did just that.  Biggest problem most would have was he did it against an opponent who didn’t seem overly motivated to punch back.  As a result, Tyson won by a unanimous decision.

The most interesting thing about the fight was Fury’s corner.  It contained his dad, John Fury, who recently served five years of a nine-year prison sentence for gouging a man’s eye out during a barroom brawl.

Former welterweight champ, Ricky Hatton, was also in Fury’s corner and I was BIIIG Hatton fan back in the day… He was a very interesting cat.  His official nickname was the generic Ricky “Hitman” Hatton, but fans called him “The Manchester Mexican” because his scrappy style of fighting was traditional for fighters South of the border, and also because Ricky had terrible religious tattoos and once stole a car. 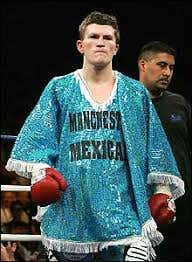 They also called him Ricky “Fatton” because he would often gain and then lose 30-40 pounds in between fights. 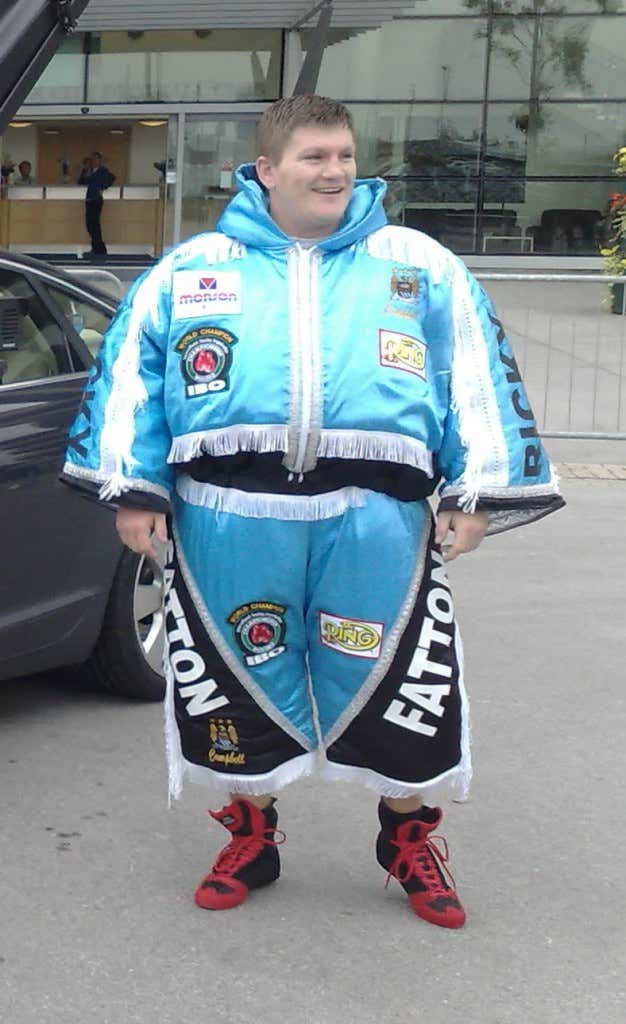 I remember in 2007, Hatton fought Mayweather in Vegas.  Was a big fight at the time with Mayweather coming off a win vs Oscar de la Hoya. The crowd was mostly for Floyd, but the small drunken English contingent in the cheap seats consistently sang this to the tune of ‘Winter Wonderland':

They sang it incessantly for 10 rounds.  At one point the camera panned to the upper decks and showed a drunk English guy in his seat playing the tune on a trombone… Remember, 2007 was after 9/11 so security was similar to modern day, if not worse.  ESPECIALLY at a prize fight in Vegas, where you had a tough time sneaking in a beer.  Along comes this limey prick, and he sneaks a fucking full sized brass trombone into the MGM Grand.

One other interesting thing about Hatton.  His career was ruined because of bouts of depression that he self medicated with a steady prescription of prostitutes and cocaine.  The fighter he is now training, Tyson Fury, also fell down that same rabbit hole after his Klitschko win and subsequent 2 1/2 year break from boxing.  Now Hatton and Fury share a corner and there is a good chance that they also at one point shared a dealer.

I bring up this fight only because we’re a couple weeks away from a pretty packed September for fight fans.

On September 8th, two of the best welterweights in the world will finally meet as Danny Garcia battles Shawn Porter for the vacant WBC welterweight championship at the Barclays Center in Brooklyn (Showtime, 9PM). Keith Thurman vacated the title in April because of an ongoing elbow injury that has kept him out of the ring for nearly two years.

Then on September 15th, the rematch between Canelo Alvarez and Gennady Golovkin for the GGG’s WBA and WBC middleweight titles will go down at the T-Mobile Arena in Las Vegas.  I like Triple-G again in this one, although I also know boxers tend to age in dog years after they turn 30. The fact that Canelo was able to delay this fight due to a steroid laced Mexican sausage is pretty unfair to Gennady who turned 36 in April.

For those of you who live in a cave that is devoid of boxing coverage, their first fight was ruled a draw which I thought was a travesty (GGG won), but it really was the only thing boxing could do to continue promotion of two of its biggest stars in the wake of Mayweather knocking the snot out of Conor McGregor less than a month earlier. 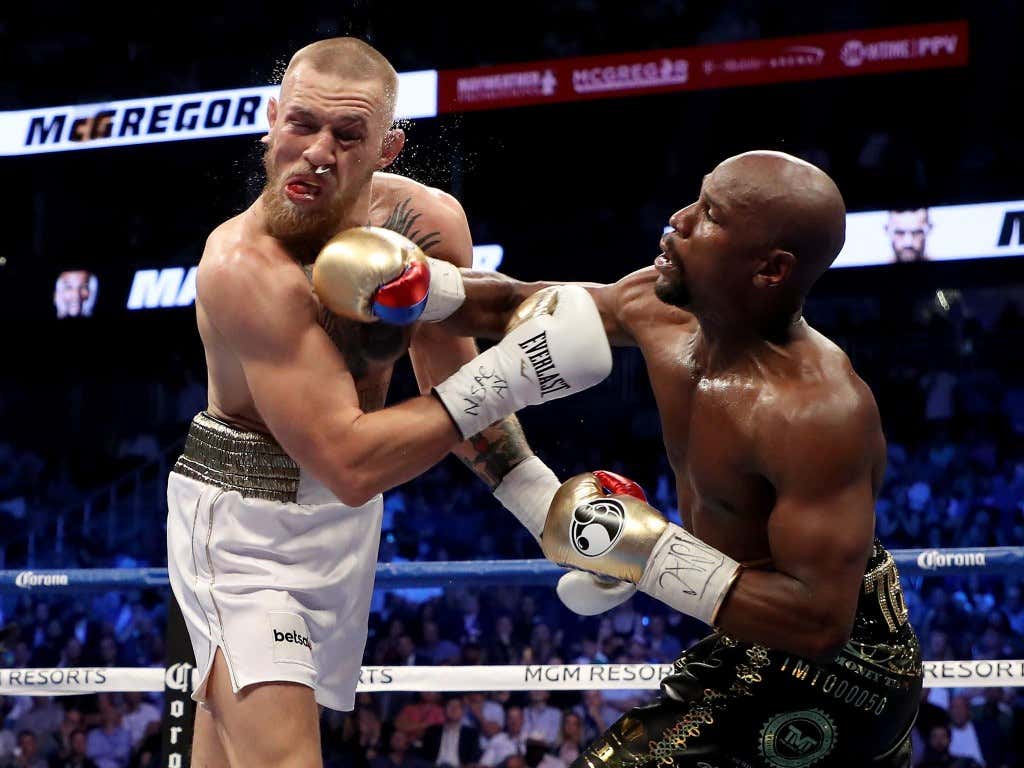 Finally, the last fight we will get in September will be on the 22nd.  Anthony Joshua faces mandatory WBA challenger Alexander Povetkin in Wembley Stadium.  I expect it to be a one-sided victory for the heavily favored Joshua who is taller by 4 inches, younger by 10 years, and (once again) fighting in his own backyard.

The fight everyone wants to see is Anthony Joshua versus Deontay Wilder, but both camps can’t seem to come to an agreement because both camps claim the other is ducking them.

So in the meantime, I will bring this blog full circle and tell you that Deontay Wilder has decided to fight Tyson Fury.  Both fighters confirmed their intention to meet while standing in the ring after Fury‘s victory Saturday night.

I am not overly excited about that matchup, but I am VERY excited to see footage from the nearest bathroom stall post-fight of Fury and Hatton furiously battling their depression by getting “chalked up” after Deontay’s victory. 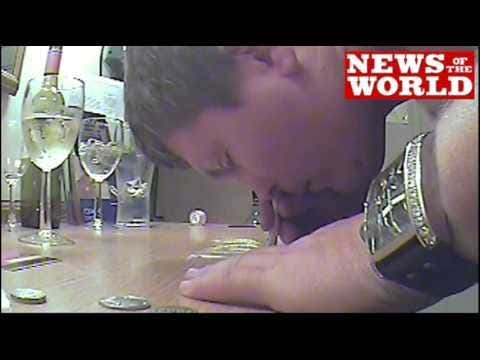