I couldn’t help but be inspired by the video above. Yes, it was nice of John David Washington to remind the reporter of his mother Pauletta’s accomplishments, but he dropped three bombshells in succession:

1. She was earning more money than Denzel when they started dating

2. She paid for their first date

3. She paid for the cab ride to their first date 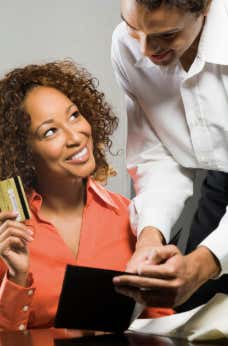 What an absolute QUEEN. First things first, she took the initiative to make more money than him (WOW) and then decided to wisely spend it on her king. I can hear the criticisms now smh.

“Well of course she did, he was Denzel.”

This was 1977 mind you so a woman paying for a man’s dinner was probably a felony in several states. Also, he was Denzel but he wasn’t DENZEL just yet. He was four years away from appearing in his first film ever, “Carbon Copy” the blockbuster film that we all know and love. The ending still leaves me in tears to this day.

Futhermore, of course he became Denzel: he had a goddess willing to take the first step, and also every step after that by footing all the bills. How could he not thrive? Come to think of it, maybe that’s what we all need to reach our full potential.

I will take this time to announce to all ladies that I am ready to be wined and dined so that I may turn into an Academy Award-winning actor. And who knows? Maybe one day with some luck, our wives will propose to us (here’s to hoping, Chaps)!