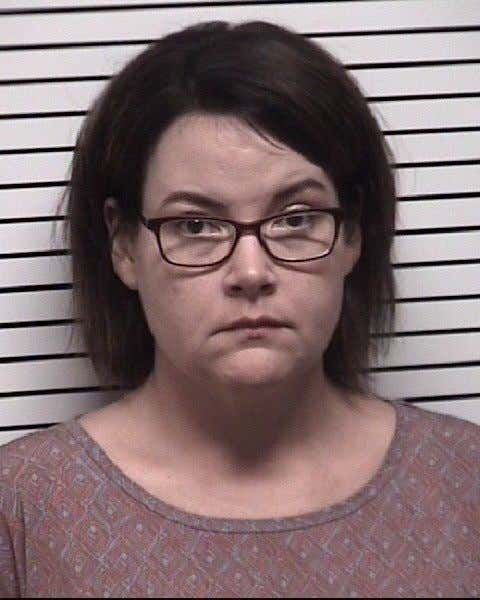 North Carolina – A middle school teacher in North Carolina was detained for allegedly having a sexual relationship with her 15-year-old foster child.

According to the Iredell County Sheriff’s Office, the Statesville resident was said to have been having the encounters as early as August 2017. …

However, according to I-SS spokeswoman Boen Nutting, the teen was not Jolly’s student.

Jolly is said to have tried to stay in contact with the teen through social media, according to WBTV.

Eww. Come on now, Christina Davis Jolly. Even by the standards of aging teachers having sex with teenagers, this is sick. Just a holocaust of wrong.

Remember what we were saying about Charlie Sheen a while ago? Back when we were saying things about Charlie Sheen? We said “He’s a rich, famous, Hollywood star? Why would he need to pay for prostitutes. Well Christina Davis Jolly, you’re an American public school teacher. Why would you ever need to bed down with a 14-year-old you brought into your own home? You walk into the classroom 180 days a year, a target-rich environment of underaged school boys, some of whom might satisfy your creepy desires just for the bragging rights of saying they did it with the teacher. And the extra credit on their grades. Doing it with this kid who’s clearly in need since your family took him in under your roof is just gross. Which is to say, even grosser than if you did it with one of your own middle schoolers. For shame, Mrs. Jolly. For shame.

The Grades:
Looks: She’s like a younger and even crazier Roseanne. And proves that yes, that is possible. It’s been a tough week for the Looks grade.
Grade: D

Overall: D-. Sorry about this one. I just grade them; I don’t create them.