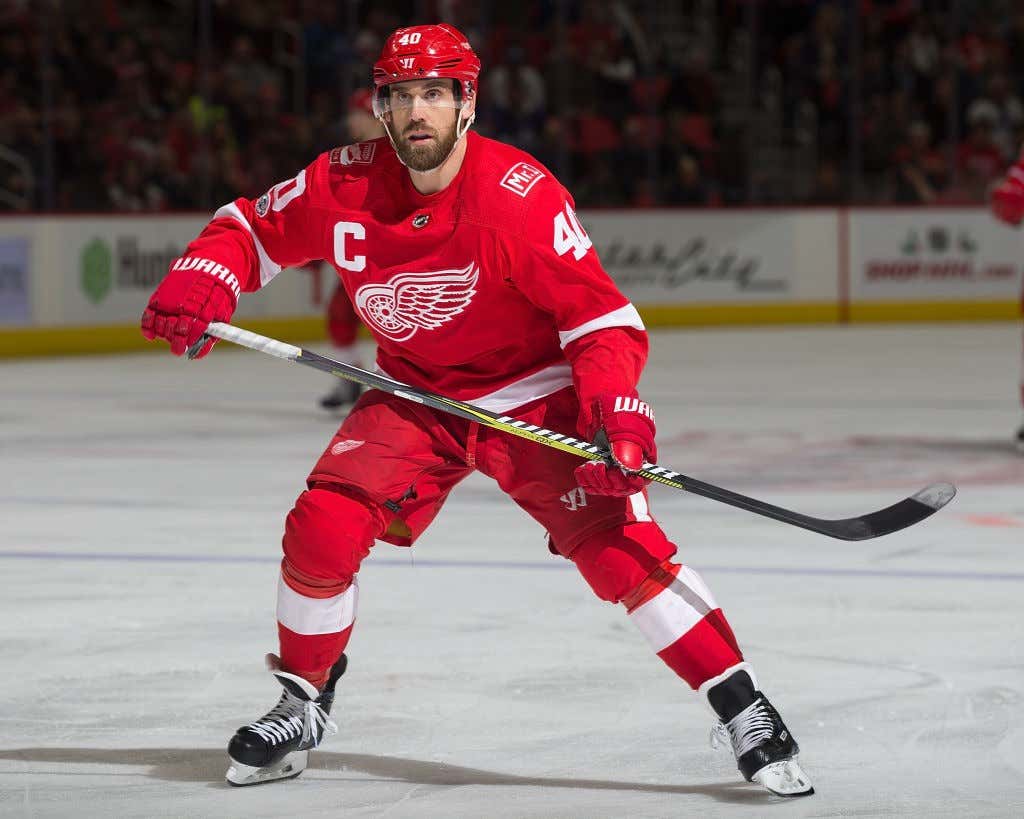 The story of Henrik Zetterberg is completely preposterous. In the 1999 NHL Entry Draft, Zetterberg was selected 210th overall in the 7th round. Dude was a 7th goddamn rounder. I know this was in 1999 and maybe European scouting wasn’t quite as strong as it is today but holy fuck. 209 guys were taken in that draft ahead of Henrik Zetterberg. Patrik Stefan was the 1st overall pick in that class in case you needed any more evidence of how drunk every NHL GM was at the 1999 draft. I’m just looking at some of the names of the first rounders in this draft. You’ve got Branislav Mezei 10th overall, Denis Shvidki 12th overall, Konstantin Koltsov 18th overall, Luca Cereda 23rd overall. I’ve never heard of any of those dudes before in my life. Only 7 guys in the entire draft ever went on to be All-Stars in the NHL. And 209 guys were taken before Henrik Zetterberg. Obviously the Canucks hit big with the Sedin twins but my god, that is bad.

So yeah. You could say that Zetterberg would go on to have a pretty decent career after that. He came into the league the year after the Red Wings won the Cup in 2002 over Carolina. As it stands right now, Henrik Zetterberg has scored 337 career goals and 960 career points in 1082 career games. Not quite a point per game but it’s still top 100 in NHL history. And just as a reminder again, more than 200 guys were drafted ahead of him in his class alone. Zetterberg won an Olympic gold medal in 2006 and then won the Stanley Cup in 2008 while being named the Conn Smythe that year. It’s weird because you never really hear too much about Henrik Zetterberg. It’s not like there’s really anything necessarily flashy about his game. The dude just quietly goes about his business, worked his ass off and was a goddamn monster. There was a 7-year stretch in his career where he didn’t have less than 60 points on the year. And for the last 3 seasons, Zetterberg has played in all 82 games despite the fact that his body is finally starting to fall apart on him. And that’s how we got to the position that we’re in today.

TSN – Detroit Red Wings head coach Jeff Blashill hinted Wednesday that captain Henrik Zetterberg will not be able to play the 2018-19 season dude to lingering back issues. Zetterberg appeared in all 82 games last season, but his playing future has been in doubt throughout the off-season.

“As you know, Hank wasn’t able to practice for half the year. He was able to gut it out through those last two months where he wasn’t able to practice,” Blashill told the Detroit News. “There were nights I didn’t think he’d able to play and he did play. “He’s had a hard summer and I don’t think his back is reacting great. Certainly we’ll know more in a month (at training camp), but as of today, there’s a lot of doubt as to whether his back will be healthy enough to play.”

Now here’s the big thing with Zetterberg. He signed a 12-year/$73M contract during the 2009 season. Peak of his career, just coming off of a season where he put up 92 points and won the Stanley Cup. So it was a 12-year deal with a cap hit of ~$6.085M. That contract doesn’t expire until the end of the 2020-21 season. However, they loaded up the first 9 years of the deal and now these last 3 are where the actual money starts to taper off.

So the cap hit remains the same, but after this season Henrik Zetterberg will “only” be making $1 million each for those final 2 years of his deal. I’d take a Zdeno Chara slapshot to the dick and nuts every day straight to make $1 million in a year but I doubt that amount of money means the same thing to Henrik Zetterberg as it would for me. So if Zetterberg can’t go at all this season with those back issues, would it be worth it for him to stick around and try to play out those final 2 years? He’s going to turn 38 during the 1st week of the season this year. If he can’t go at 38, you have to imagine he won’t be able to go at 39 or go at 40. I know he’s a warrior and everything but yeah, that doesn’t exactly sound promising.

But that’s where this might actually work out for the Detroit Red Wings. Because Henrik Zetterberg can’t retire before his contract is up or else Detroit is going to get hit with a salary recapture penalty. Pretty sure they’d have to pay something like $5.5M in each of the final 2 seasons if Zetterberg were to retire after this year or something like that. I’m not 100% certain on that number but I’m pretty sure that’s right. But with Zetterberg’s back being fucked, the Red Wings would be able to place Zetterberg on LTIR. It’s not like stashing Zetterberg on LTIR just magically makes his $6M cap hit disappear, and they’d have to wait until the regular season starts to be able to make that move. But that could open up more space for Detroit to make some moves throughout the season considering Vanek’s money comes off the books after this year, Kronwall’s contract is up after this year, Franzen is finally off the books after 2020 as well as Jonathan Ericsson. The Detroit Red Wings are currently in cap hell, but Zetterberg could pull one last captain move and go out this way to at least give them a little bit of relief.

Jordie’s Note: I’ll be completely honest. The whole salary recapture and LTIR shit still confuses the hell out of me so if I’m completely wrong about any of it, that’s just because I have a bad brain.