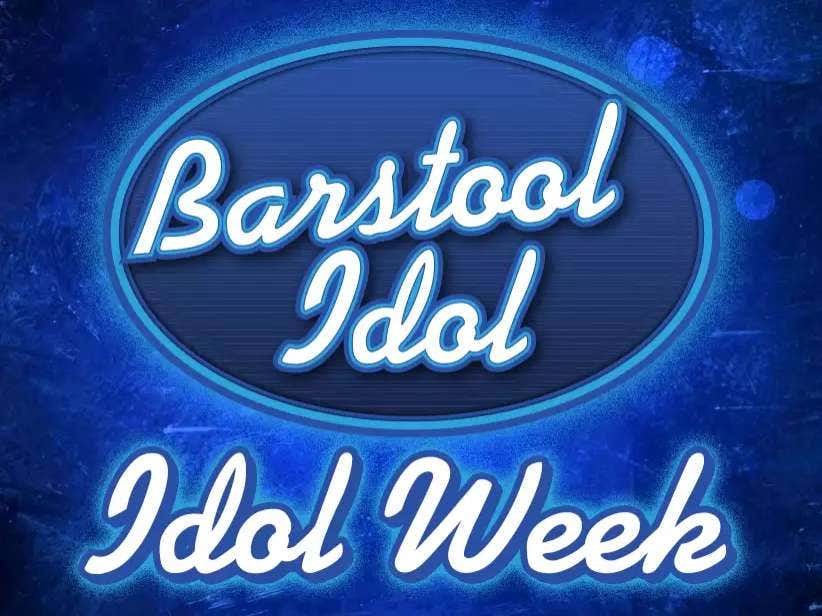 What an ending to an unbelievable competition. There are “Only at Barstool” days, and today is definitely one of those days. Let’s get to it.

Coming into the morning, we had five people left fighting for one full-time contract. The drama and intensity of the competition were at all time high.

The contestants were clearly giddy and pumped to get to work today.

Today was the most unique day of the competition thus far. Instead of having assignments and challenges from Dave, the five were told to act as if they were full-time employees. They had carte blanche (excellent use of this term by me) to do whatever they wanted. Blogs, videos, podcasts, do nothing, etc. Whatever their hearts desired.

Of note in this meeting was Condition Kid/Mantis trying to go by his birth name, Austin. He got a hard no from Dave.

He will never be called Austin for the rest of his life. More people will know PFT’s name than his real name. I think either Condition Kid or Mantis will work. Personally, I also like Condition Boy because it makes him sound like a superhero. But that’s my two cents.

All the contestants got to work and brainstormed ideas for the day. Rocky and Joey, two underdogs in the competition, were thinking of ways to shine.

The dynamic duo of Marty Mush and Condition Kid/Mantis were planning to team up.

These two have been a fantastic duo all week. I was their Team Portnoy ambassador on Monday and liked them right away. While the other two team members ran around the city from pizzeria to pizzeria, Condition, Mush, and I were at the back of the pack moving at a much more leisurely pace.

For the most part, the contestants put their heads down and did their own thing for the day. We had Joey Boats blogging haymakers at his fellow contestants and Barstool employees, while also walking around dressed like Trump.

That’s Twins hat guy. Honestly had no idea who it was when I first saw him like that. As an added side note, Sean Spicer was in the office today. He was probably told he’d be interviewing with a “fratty, sports website.” Instead, he was grilled by two 70-year-old men, and walked around the office with a fake Trump and the likes of Young Mantis and Marty Mush. Only at Barstool.

Fast forward to radio, and Dave hinted that tonight could be the finale. He wasn’t sure. If he thought we could end it, we’d end it. If not, we’d finish at noon tomorrow.

6:15 rolled around it was decision time.

You can watch the full live stream with all their videos here, but these were the highlights.

Dylan started off with a song about Frankie Borrelli being a bully. Frankie’s comment was that this when he was 6 years old, and “he didn’t know me at the age people are bullies.” Fair counterpoint.

Next up was Joey Boats doing impressions – Stephen “B” Smith and Donald Trump with a cameo from Sean Spicer. They were good impressions, but Dave was concerned that impressions don’t really do much for Barstool. Also, Joey wrote a blog trashing the whole Barstool office. Francis particularly was none too pleased with that.

Rocky was third and made a “Barstool News Network” style video that accused viceroy manager Tyler O’Day of being a dog murderer. Everyone knows Dave LOATHES Tyler O’Day, so this was a smart move.

Then it was time for the dynamic (handicapped) duo of Mantis and Mush. They made a funny men-on-the-street video where they used their handicaps to their advantage.

Mantis also made a video where he absolutely balled at Rucker Park. Just absolute domination over various competitors. Afterwards, Francis called him “retarded” and Mantis did not like that one bit.

Mush didn’t make a separate video himself, which hurt him.

Finally, it was decision time, and it really wasn’t much of a decision. Similar to how Francis really separated himself at the end of last year’s competition, Mantis was clearly the best of the bunch.

Out of nowhere, Rocky drops that Mantis has to go back to school. He has one semester left at IUPUI, a school you probably only know from a college basketball bet. Can’t start full time until he graduates. Just unbelievable drama.

You have to wonder when he planned on telling everyone this. Apparently, his classes start next week. Was he just gonna go back to Indy without saying anything? Dave calls him Monday “Where are you?” and Mantis says “I’m back at school. See you in a few months.”

It’s a bizarre situation, but Mantis is the winner. The other four may still get opportunities here, but we leave it with Mantis as the winner. Will he drop out of school? We’ll have to wait and see. Dave was already saying how he’d be a great addition to Team Portnoy. Team Portnoy has a lot of things. We don’t have a Mantis. But now this may throw a snag in that initiation.

As I’m writing this, I have no idea what will become of this situation. I’m sure we’ll find out more soon. But for now, congrats to Mantis. He was the clear winner, but there was a load of talent in this year’s pool. I can definitely see other contestants who didn’t win getting a chance here. Best of luck to them.

So that’s a wrap for Barstool Idol Season 2. Always a hectic but exciting week. Some people are saying I deserve a Pulitzer Prize for my coverage this week between the blogs and @VivaLaStool. I would agree with those people.