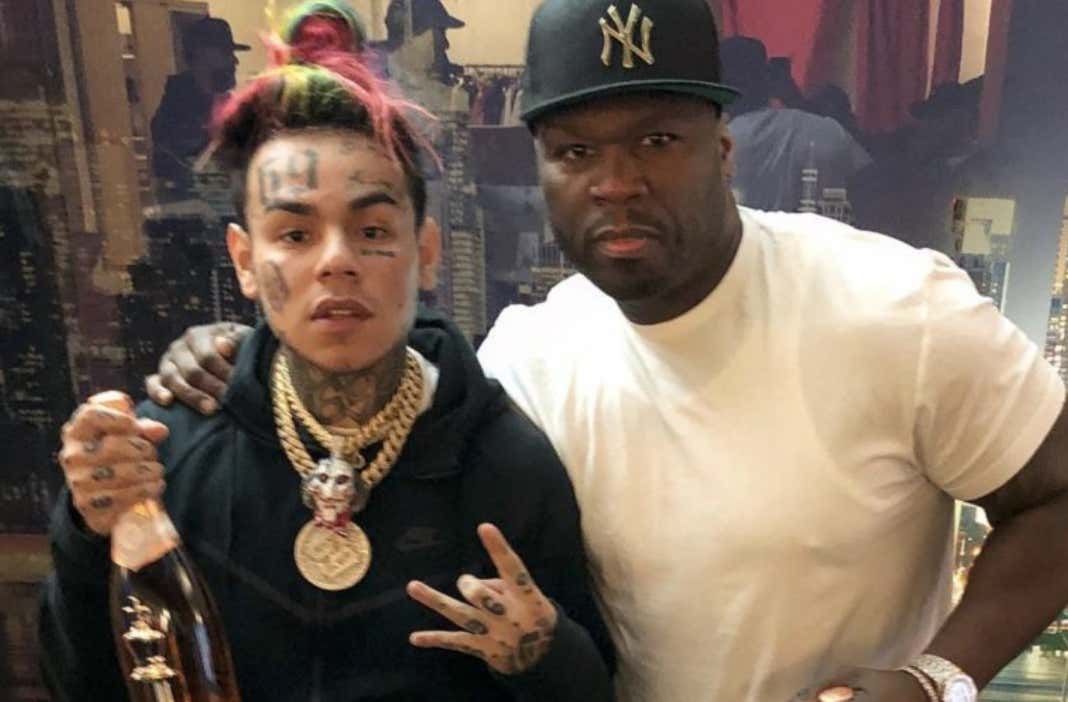 XXL- A recent video shoot from Uncle Murda, 50 Cent, 6ix9ine and Casnova almost turned deadly when a gunman reportedly fired off eight shots. The rappers were filming a video for the upcoming song “Get the Strap” on West St. near the Greenpoint waterfront in New York around 9:30 p.m. on Tuesday (Aug. 14), when the unidentified man opened fire. It’s uncertain how close the gunman was to the set of the video. but the New York Daily News reports that no one was hit. Police are now investigating the incident and searching for video that could lead them to the gunman. Uncle Murda, 50 Cent, 6ix9ine and Casanova have been quiet about the track, but earlier this month, producer Blanco claimed the song would be premiering during episode of eight of Power, which is set to air on Aug. 26.

I’m very happy this happened. That’s a strange thing to say given the situation but I’m happy a bunch of shots rang out at a 50 Cent/6ix9ine music video shoot in Brookyln and let me tell you why. It’s for a selfish reason. Recently I’ve been trying to figure out why 50 Cent likes 6ix9ine so much. They hang out a lot, they make music together and I’m pretty sure 50 Cent called 6ix9ine the King of NY at one point. It baffled me. I didn’t understand why My President 50 Cent liked hanging around a face tattooed weirdo rapper like 6ix9ine but now I understand. 50 Cent loves drama and he especially loves drama that leads to violence. He’s spent his entire career making music about drama and violence and sometimes the things he’s said about drama in that music has led to violence.

This is precisely why 50 Cent likes hanging around 6ix9ine. Because as far as I can tell, 6ix9ine beefs with everybody, makes music that gets him involved in drama and that music has resulted in violence more than a few times already. 50 Cent loves that shit so much that he just wants to be near it. Doesn’t matter who’s involved. 50 Cent loves drama and violence. He gravitates towards it. I said I’m happy that shots rang out at the video shoot in Brooklyn but nobody is happier than Curtis Jackson. It means he’s back in the mix he loves so much. Feels good to finally have an answer to why my guy has been hanging around that rainbow-colored hair dude so much.