First off, the best part of this video is at the very end when a clueless man on a booze run walks right into the entryway with the trapped bear & is completely oblivious to it, even after being let in the second set of doors when an employee unlocks it for him in a panic. Come get your grandpa & his discount schnapps.

That employee, Daniel Thibodeau, was able to think quickly to prevent the bear from entering the main part of the store, aptly named Crazy Bruce’s Discount Liquor. From the Boston Globe:

June Curtin, the store’s manager, said she was upstairs in her office when she heard a scream from below. She jumped up from her seat and peered out through the office window, which overlooks the store.

There, roaming in the vestibule, was a black bear, she said.

“I was thinking, ‘Is this really happening? Is there a bear in here?’” she said in a telephone interview Tuesday. “It was very scary.”

Curtin said an employee who was downstairs was quick on his feet and managed to lock a second door that led from the foyer into the liquor store, leaving the bear in an enclosed space without access to the main floor.

Eventually the bear went back out through the automatic doors. After that I assume he continued looking for some Jack Daniel’s Tennessee Honey & likely tried one of the other two discount liquor stores within less than a mile Crazy Bruce’s… 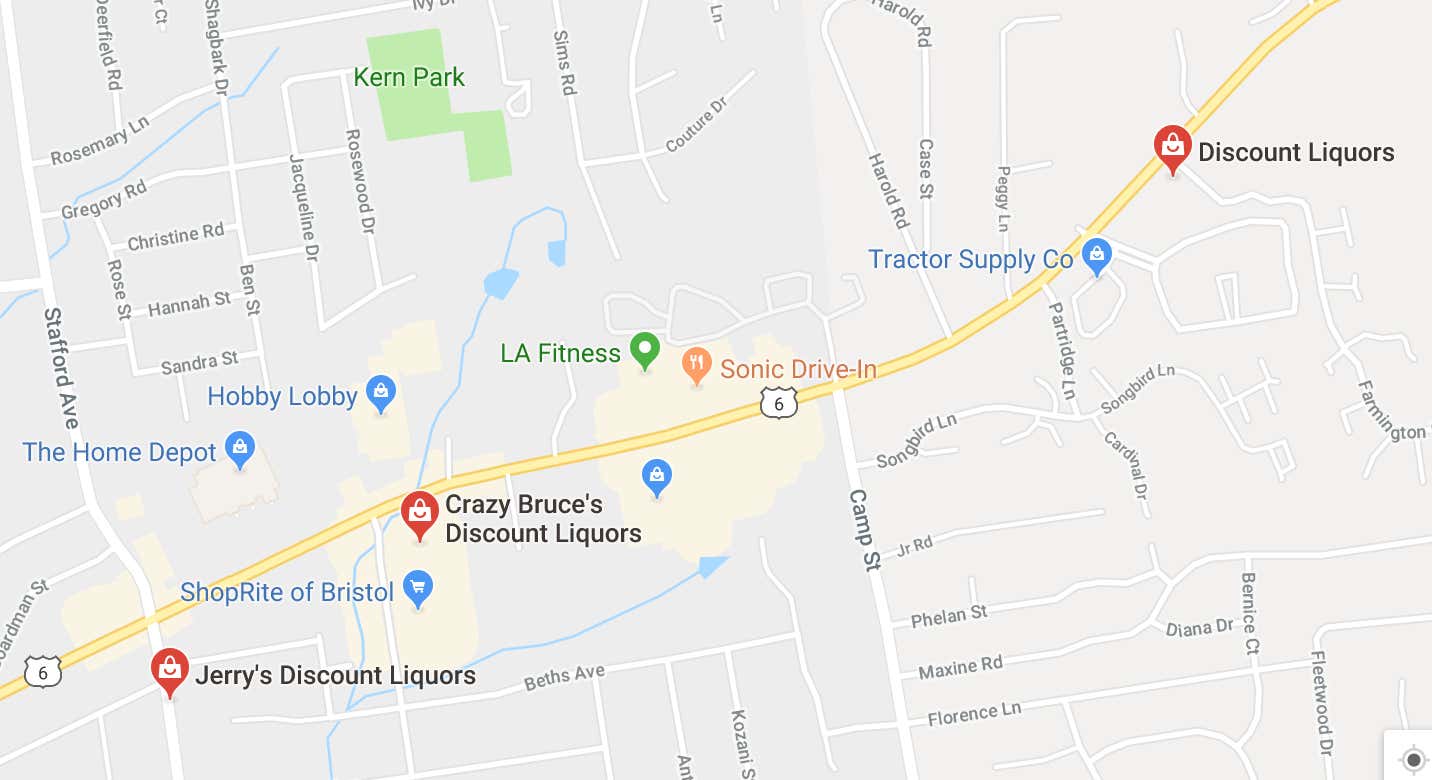