What a day for testosterone! Between Terrelle Pryor displaying none when confronted by DJ Swearinger Sr. Sr., the Browns fighting themselves, and one of the best rivalries in baseball clearing the benches you can’t ask for much more carnage. Early returns on this scrap are saying that Nick Hundley went full Brian McCann and told Puig to respect the game and get back in the box. Puig’s natural reaction there was to retaliate the only way he saw fit – start shoving Hundley until every person wearing a uniform was also pushing and shoving.

As much as this fight is about Puig and Hundley, I just want to give a big shoutout to George Lombard for getting directly in the mix and bringing Hundley down to the ground. The tactic he used here to push Hundley away from his teammates, causing the Dodgers players to form a wall between the Giants and Hundley, was directly out of General MacArthur’s playbook. That move set up Puig’s Falcon Punch/Slap that he simply would not have been able to attempt without Lombard’s quick thinking and swift maneuvering. 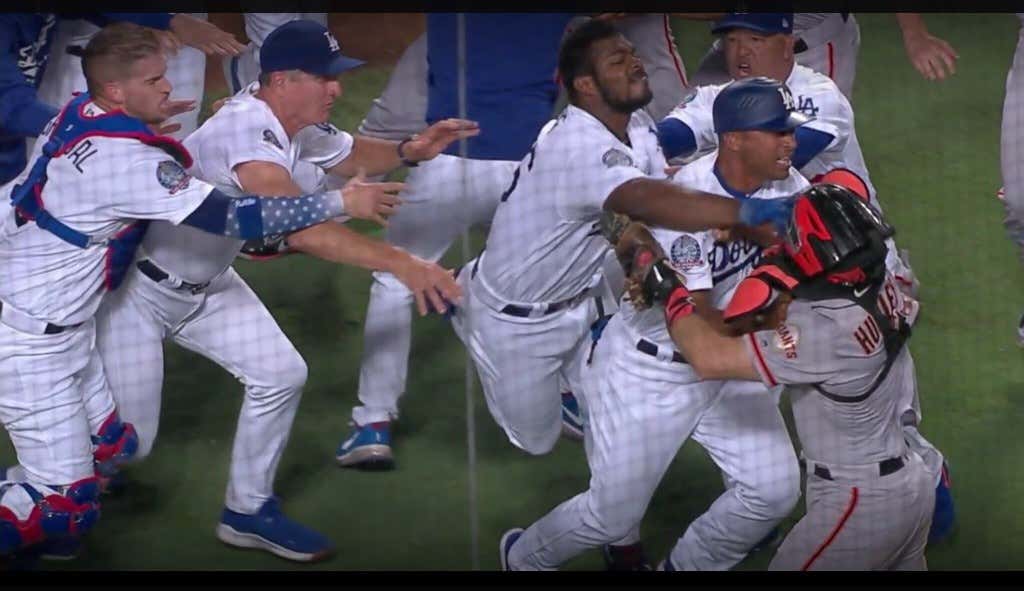