So I survived the first chopping block at HQ today. The whole day has been anxiety fuel like you read about. During the elimination, I was shaking like Muhammed Ali at the opening ceremonies in ’96.

We’re onto Day 2 though, and along with the routine blogs I’ll be pumping out throughout the day, I thought it couldn’t hurt to throw in a few fastballs amongst the wallpaper.

First and foremost, this is one of those stories I haven’t really told much for fear of people thinking I’m a complete and utter sociopath. For the record, I absolutely am, but I’d rather keep that stuff close to the vest.

Anyway, I used to work for a telecommunications company. I forget my job title because I was only there for a month and if I went into any more detail, you’d probably fall asleep so let’s just call it a “cube job.” Long story short, I got fired and needed work…

As I normally do when I’m looking for a job, I proceeded to go on various job sites and spray my underwhelming resume out like a firehouse. I must’ve applied to 70 jobs the day after I got inexplicably canned. A couple days go by and I received a call out of the blue.

He continued on to inform me that the position I applied for was at an audiovisual production house that specializes in pornographic entertainment. Cool. He invited me for an interview and, well, I didn’t have much of a schedule at the time so I basically just said “fuck it” and agreed to go.

The day of the interview, I dawned my best shirt an tie and rolled down to the area to meet my maker. The studio was adjacent to a couple law firms in this gigantic building. I just remember walking in with my resume and aimlessly meandering around the building like an asshole until some affluently dressed gentleman approached me and asked if I was here for an interview.

A couple hours go by and I’ll be honest with you: once you got past the fact that you were literally two inches away from a gigantic screen where some girl was dismantling her father’s faith in the world, it wasn’t that weird. Video editing is a weird thing. You just sort of zone out after a certain amount of time regardless of the content.

Suddenly, the two people next to me begin to strike up what I can only assume was an engaging dialogue concerning the contemporary sociopolitical landscape. I took off my headphones to engage with my potential coworkers for the first time since I came in late a few hours earlier. This was a mistake.

Here’s how the following conversation went down…

Normal Girl: “Joe, did you vote for Trump?”

Me: “I don’t really discuss politics in the workplace.”

Normal Girl: “Me neither. I mean, it’s not like any of it’s real anyway, you know?”

Normal Girl: “You know, like dark timelines and stuff…”

I nodded and immediately put my headphones back on. My boss walks over to provide some insight into the promo I just cut. He gets down on one knee next to me like a little league coach about to throw soft toss to the worst kid on the team and starts talking.

I don’t remember how the conversation started, but I do remember how it ended. After 3 minutes of constructive criticism, he leans in dangerously close to me and goes, “Your goal as an editor is to make the user feel involved. Like, at the very end where he flips her over and jacks off in her face… you want to feel it.” 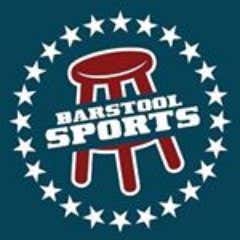