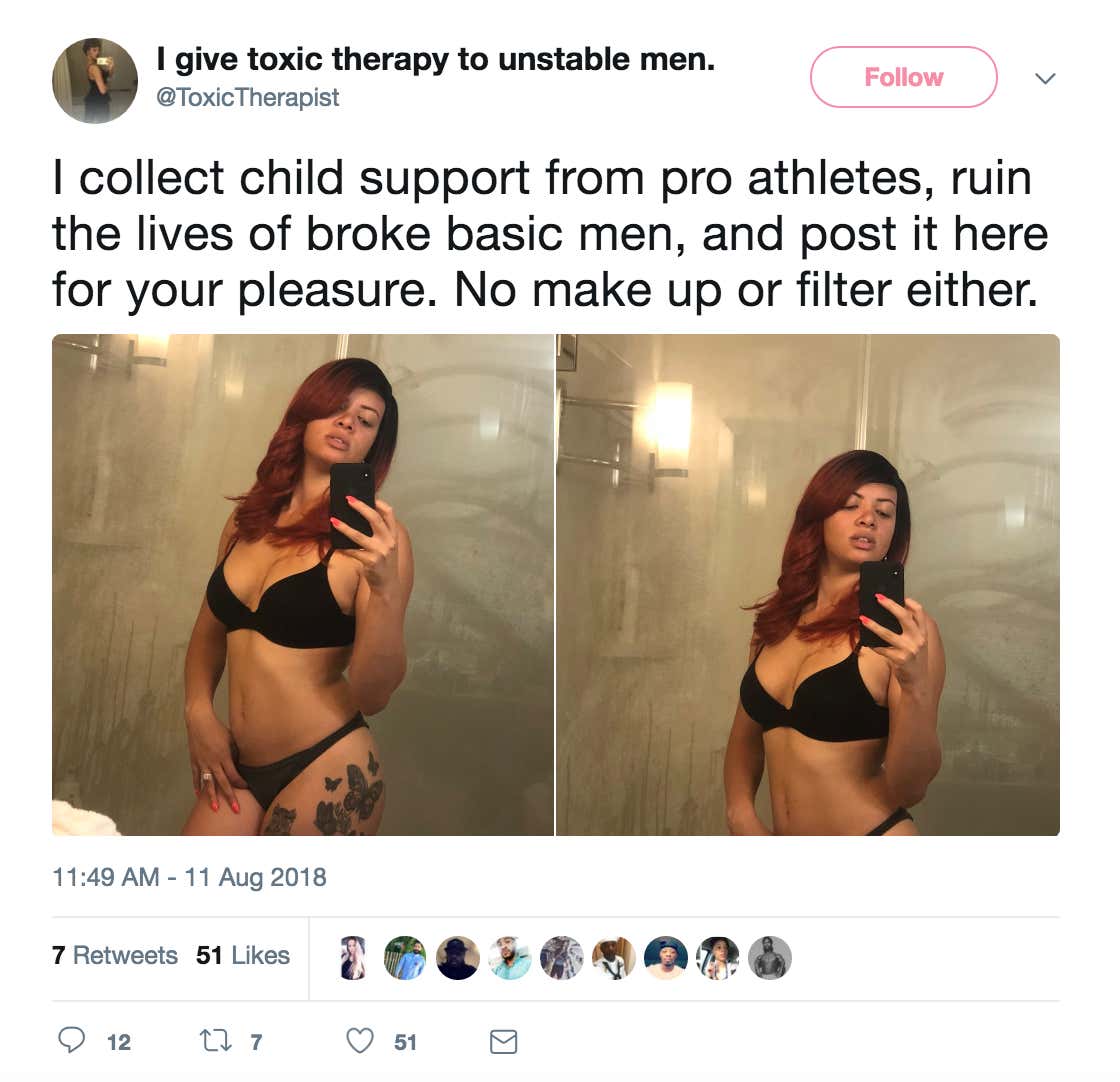 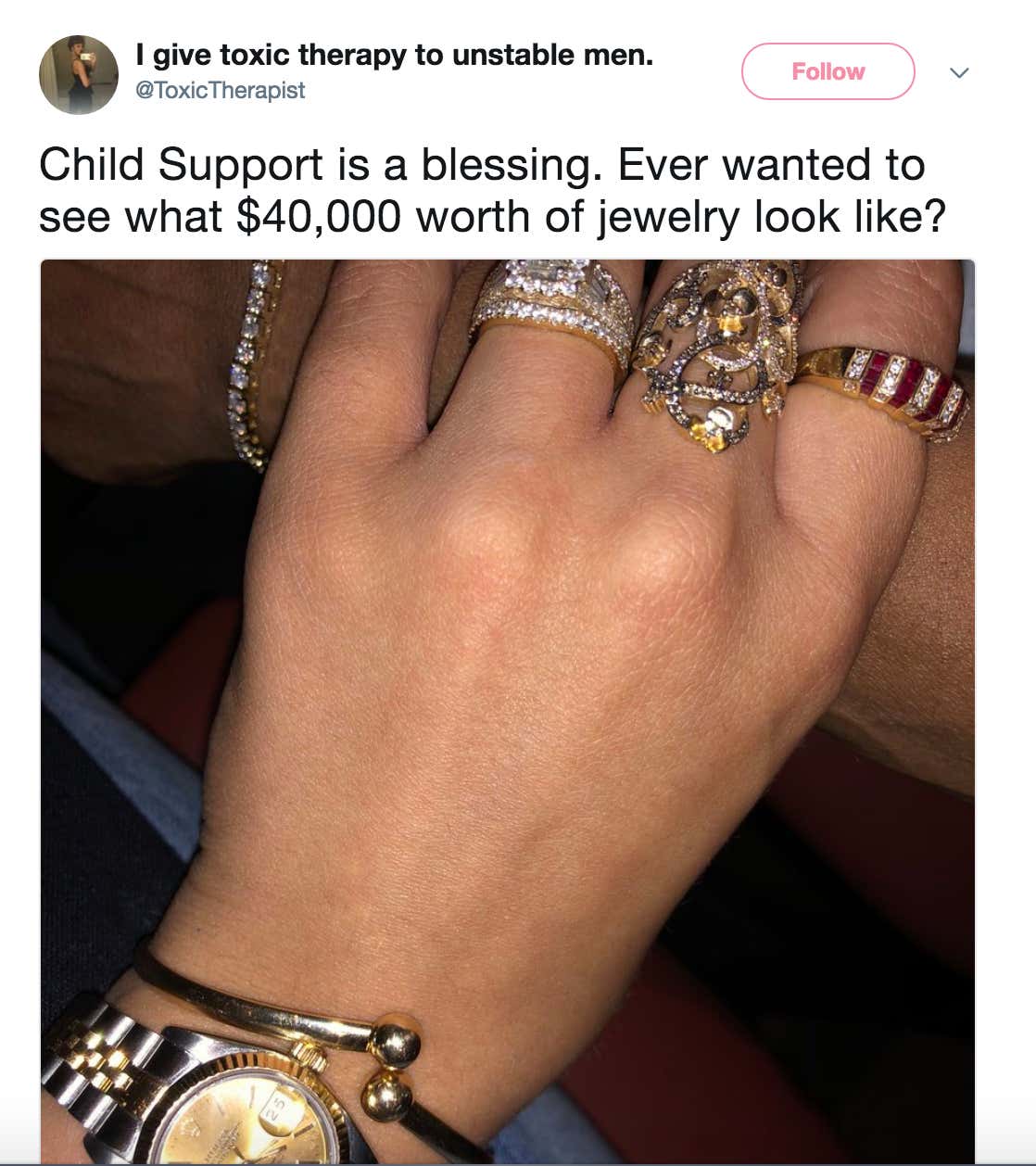 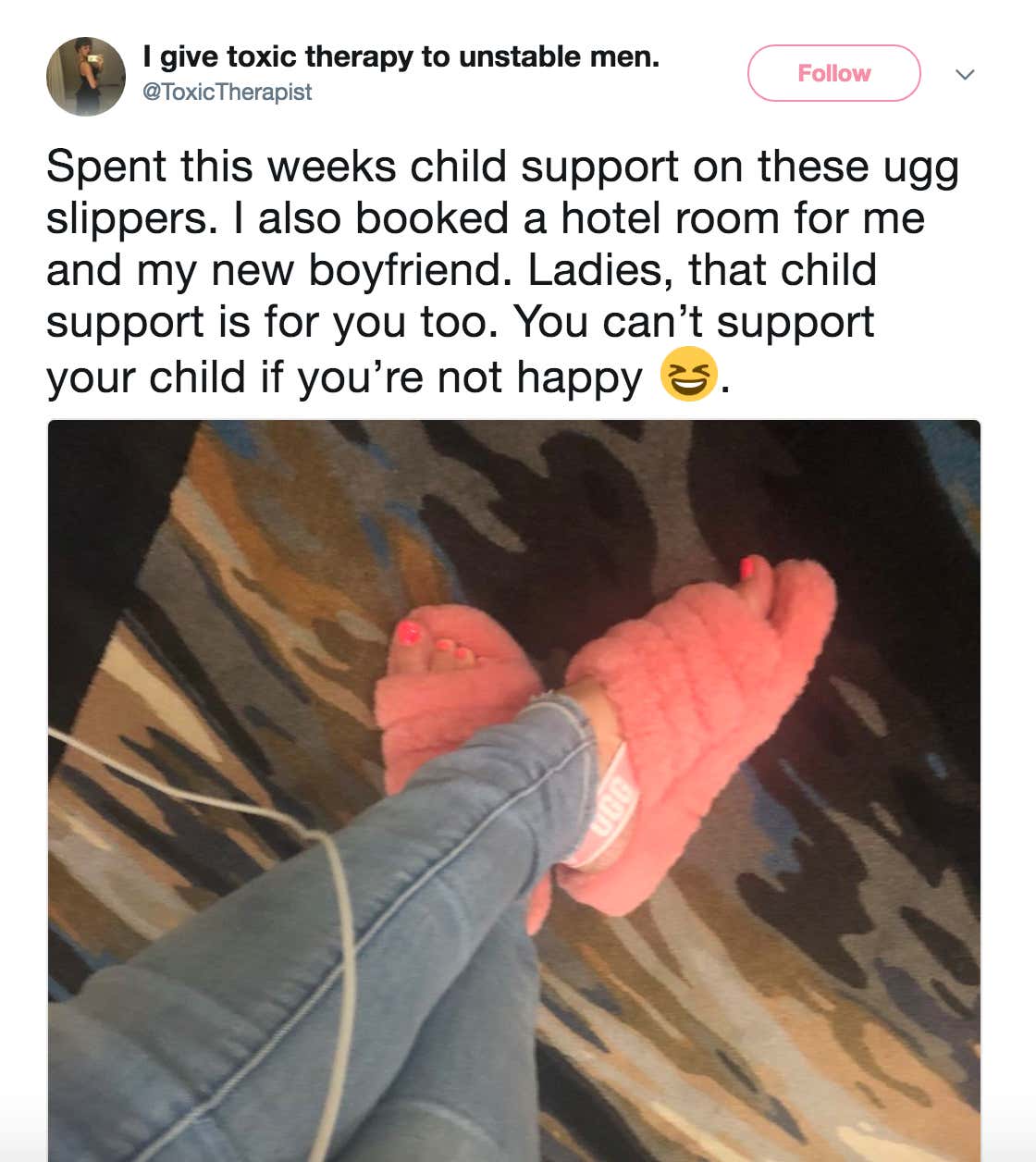 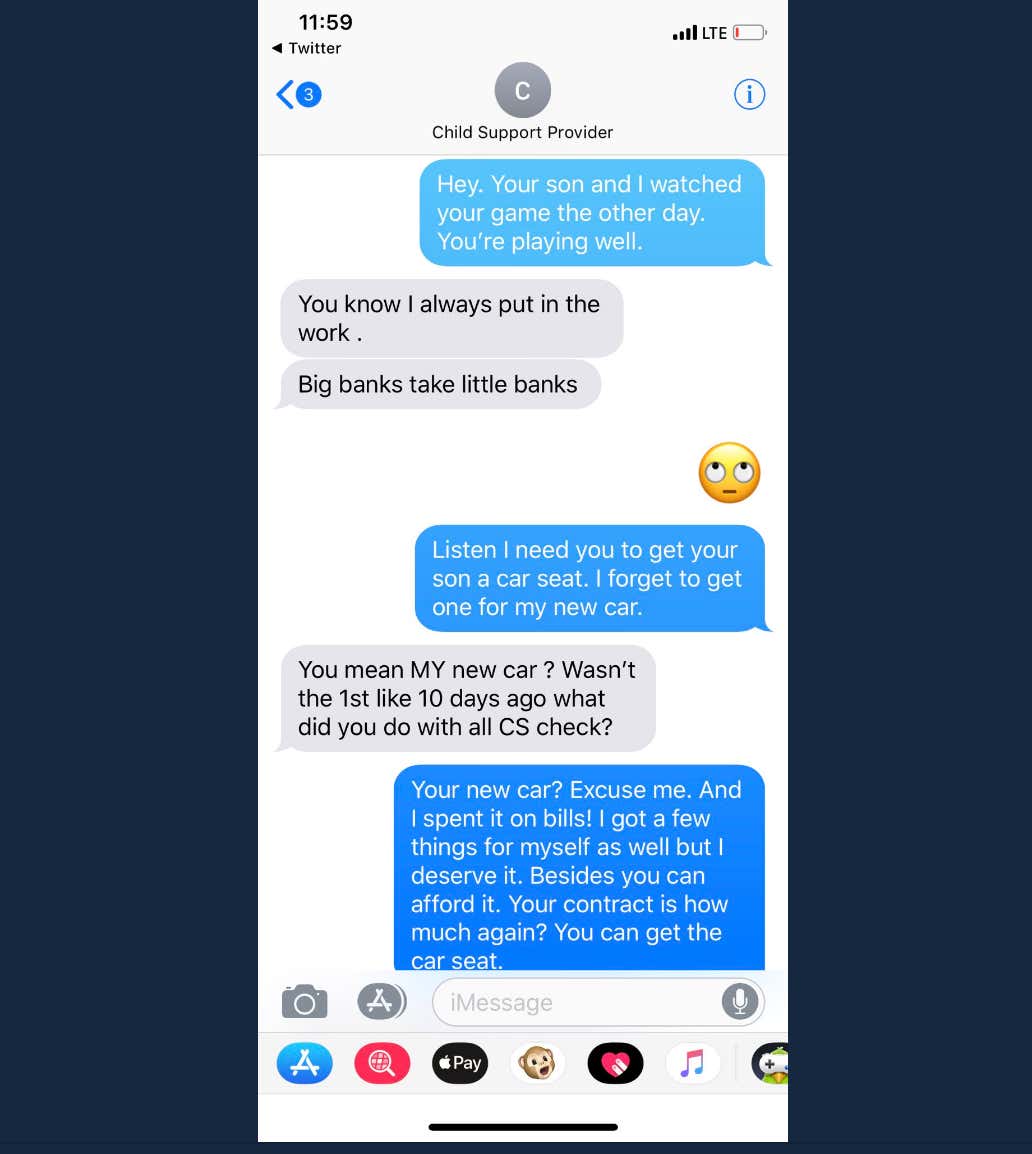 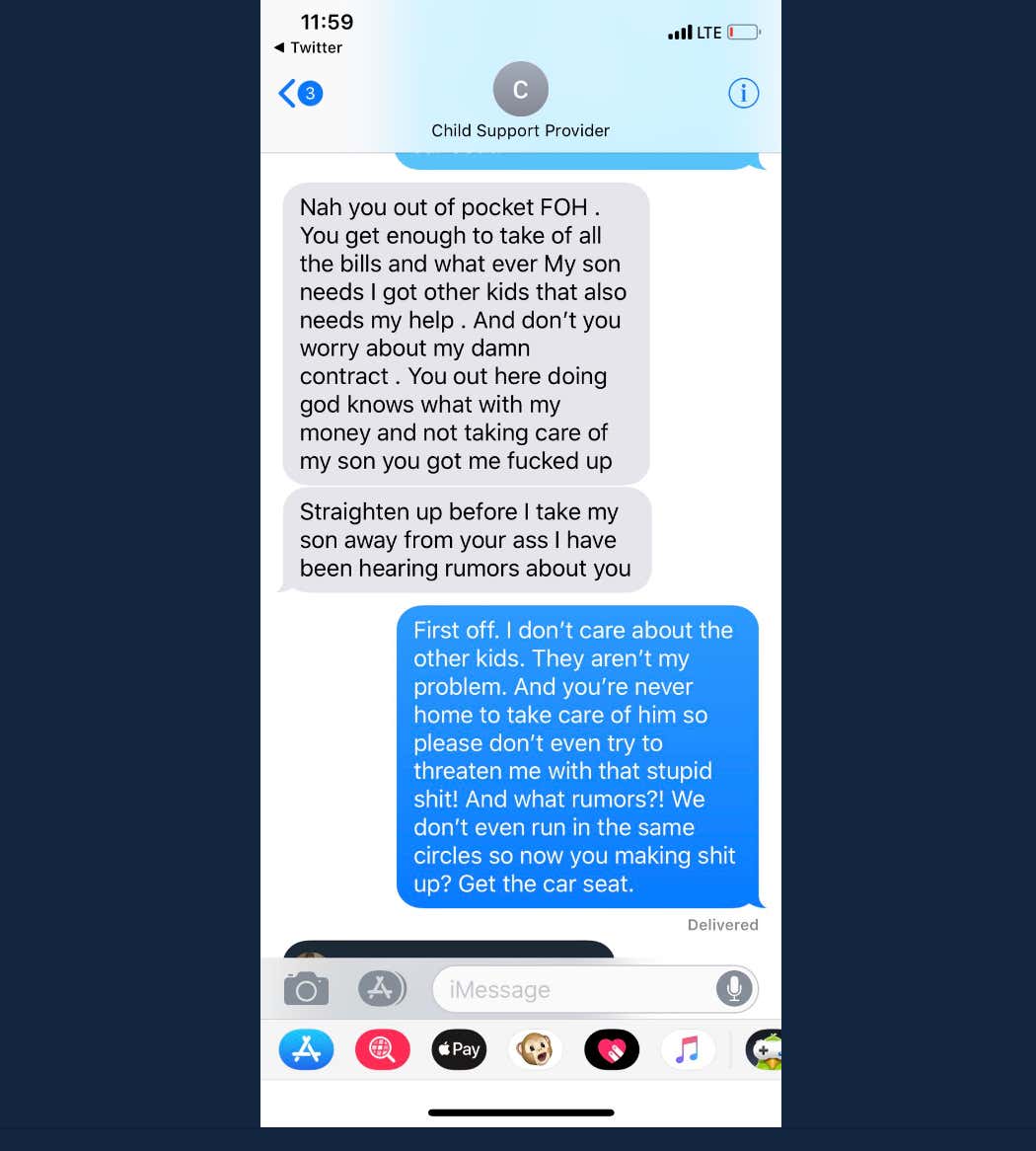 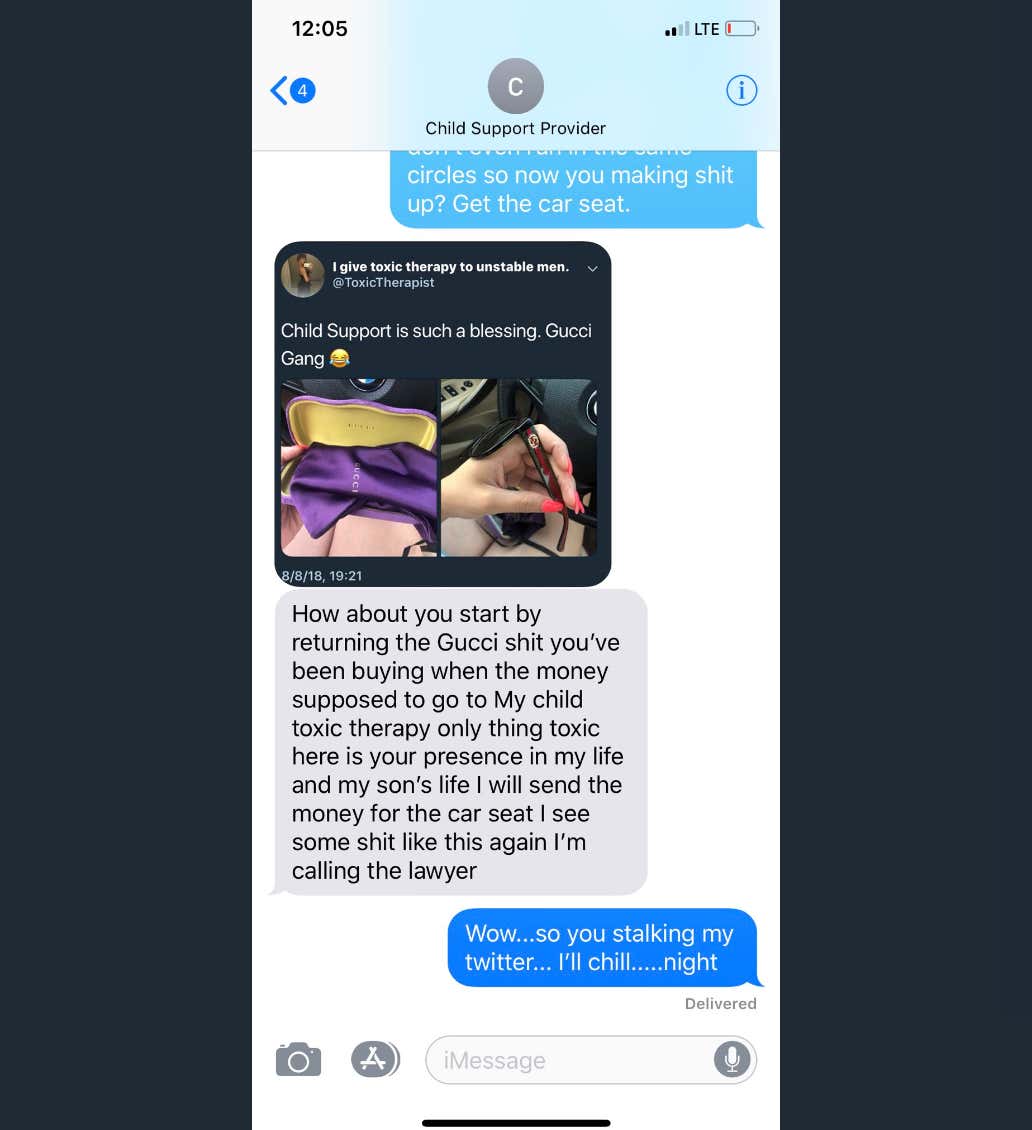 BSO - Sometimes on social media, it is hard to tell and frankly, but it isn’t far-fetched that there are women like this in the world. The backstory on this is pretty simple. A Twitter user posts tweets about spending her child support money on expensive gifts.

The particular tweet that went viral was her alleged conversation with an NFL player who was wondering where his child support money was going to and why she couldn’t afford to get a baby seat, for the new car he just brought her.

I’m with my guy Robert Littal here – hard to tell what’s real and fake these days.  Anybody can change the name of someone in their phone and stage a little stunt to go viral.  Then again, it’s perfectly reasonable that there are real life women out there sleeping with pro athletes to collect on child support and go buck wild in the mall.  I mean if it happens in Ray Donovan it’s gotta be true.  Girls out here hiding plastic cups in their purses and collecting some millionaire sperm to get them set for life. So if the Toxic Therapist up here is real and this whole situation is legit, it’s just as believable as it is possible this is all just set up for retweets.

Feel like there’s an argument here about shady unethical behavior vs. female empowerment or something.  All I know is that I wish there was a way I could have sex with someone for 10 minutes and go on an unlimited shopping spree for the rest of my life.  Those Ugg slippers don’t buy themselves.