I’ll be honest, I haven’t been keeping up with the WWE (particularly Monday Night RAW) nearly as much as usual these past few months, and it ain’t just because From The Top Rope remains cancelled (RIPIP). It’s because Monday Night RAW is quite literally worse than it’s ever been. It’s an insufferable program week in and week out, and seemingly sets out to insults their viewers more than any television show I’ve ever seen. Nothing ever matters, nothing ever changes, and nothing necessarily has to…because clearly, as seen by the media companies throwing BILLIONS of dollars at World Wrestling Entertainment, something is working.

For me, SmackDown is working, NXT is working, 205 Live is working…it’s really just RAW I have an issue with. Which, hey, I shouldn’t really be complaining TOO much, because I understand more than anyone that not all content is always going to cater to me, but RAW, the company’s flagship program, is just such an abysmal product week in and week out, squandering the potential of arguably the greatest crop of talent the company has ever seen, that my exhaustion with it trickles into every single other show they produce. Every now and then, though, something comes together organically on Monday nights, and a special moment is had. Last night, that just so happened to be the case.

Dean Ambrose returned from injury to back up his Shield brethren, Seth Rollins, where it was revealed he’d also be in Rollins’ corner for his Intercontinental Championship opportunity versus Dolph Ziggler this Sunday at SummerSlam to even the odds up against Ziggler’s teammate, Drew McIntyre. The Lunatic Fringe hadn’t been seen on WWE programming for almost eight months, as he was rehabbing a tricep tear, and apparently getting swole as fuck, but the crowd was certainly happy to see him back.

Renee Young, Ambrose’s actual wife, was coincidentally the first woman to ever commentate a full episode of Monday Night RAW last night, so with that in mind, this actually becomes an even cooler moment for the two of them! Oh, and the new hair… 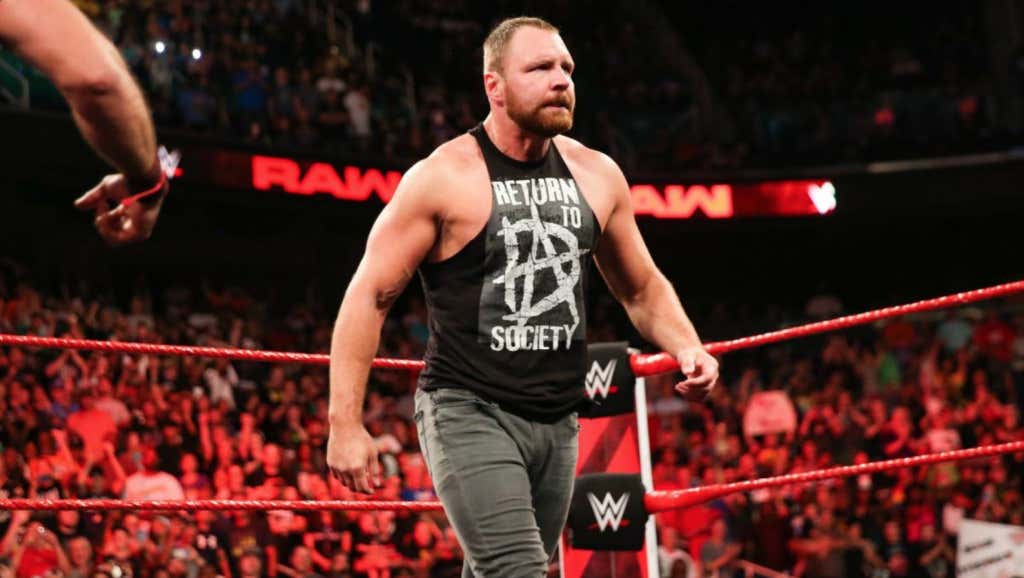 I think it’s a good look. That hairline’s been fadin’ for years now, so might as well just commit. He looks like a psychopath who just got out of prison now, which fits perfectly for his character. Love it. So yeah, bravo, WWE. You did good.