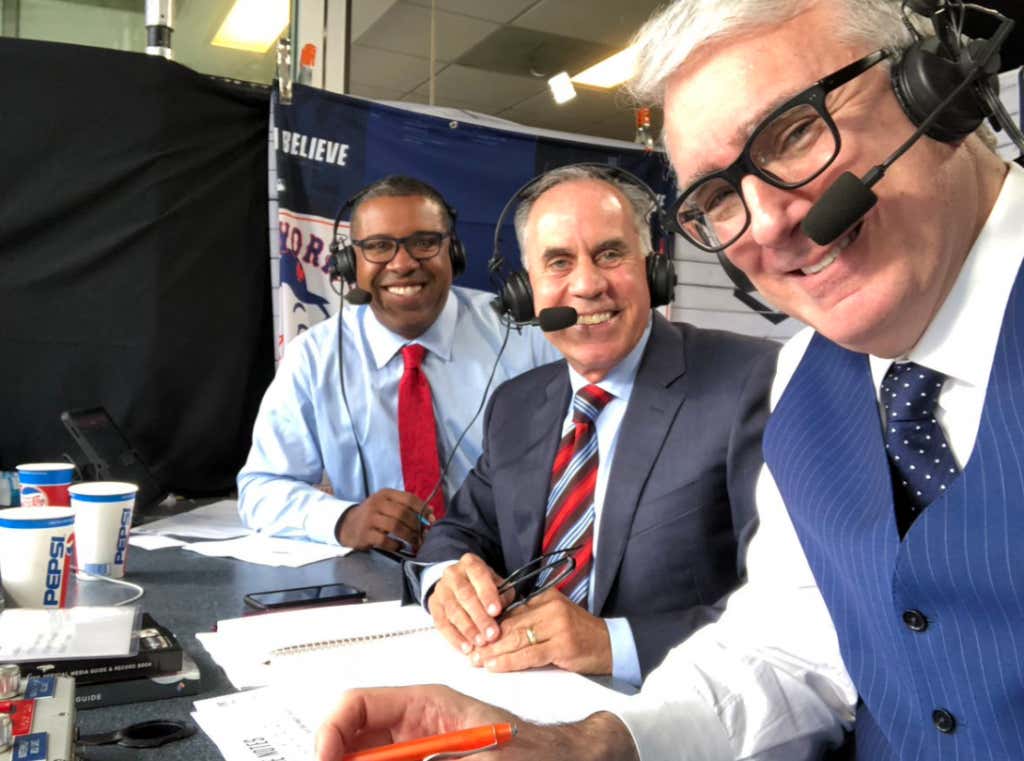 I honestly didn’t think it could get worse than having Jessica Mendoza in the Sunday Night Baseball booth. Last night, I was proved wrong. For the Sunday Night Baseball makeup game between the Yankees and Mets on Monday, ESPN decided it would be a good idea to put Keith Olbermann on the play by play call. It was possibly the worst broadcast of any sport in the history of radio or television and I feel bad that the adorable Timmy Kurkjian was forced to be apart of it.

I think I share a hatred with many, if not all of you, for the human being that is Keith Olbermann. He’s currently on his third, and hopefully last, stint with ESPN. When it was announced he was making a comeback to the “Worldwide Leader” I honestly almost cancelled my cable subscription right then and there. You see the thing with Keith isn’t that he isn’t funny, or that he’s the lamest guy on the planet with a mic, or that he lacks charisma, or that he loves to spew politics into sports. It’s actually all of those things combined into one. He’s essentially the most insufferable voice in sports. He’s worse than Skip, worse than Colin, worse than Rick Reilly, he’s the worst.

So how did last night go? It was an unmitigated disaster. He couldn’t pronounce players names. He had trouble distinguishing if a ball was gone or not even after it landed in the seats. He didn’t even talk about the game for long stretches. It was distracting. Whenever the game went to replay he did this incredibly annoying schtick where he would pretend to be an automated voicemail machine for the MLB video HQ.

He did this about three to four times. Keith started sentences with “back in my day” countless times and attempted to lecture us on how we should act when it’s raining outside. He said millennials should stop complaining about getting wet outside since they’re paying $100 to go to the game anyways. Now usually I’m on Feits’ train saying who cares who is calling a game, that shouldn’t affect your viewing of the game itself. I’m usually good at zoning out that stuff, but Keith made that impossible last night.

They did an interview with Mets’ pitcher Noah Syndergaard during the bottom of the 5th inning. It pretty much went like this:

Noah: Umm I don’t know 1-1 count, man on first I’m feeling fastball. Eh maybe changeup. Could be a curve too.

Keith/Eduardo: Hmm interesting. How about this pitch?

They had nothing prepared. It was insane.

The fact that ESPN fired Big Cat, PFT, and Hank and hired Keith Olbermann just sums up the sinking ship that ESPN is these days. What a disaster they have become. I feel bad for SVP.