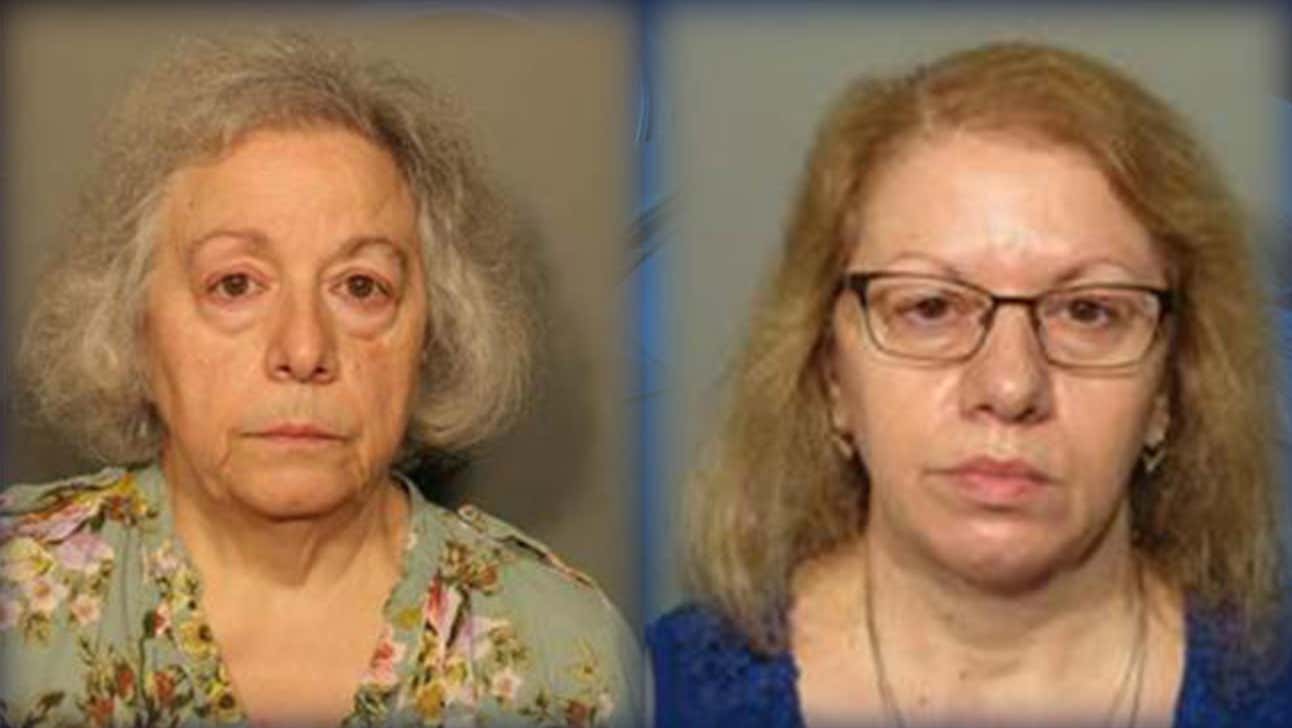 NBCC- Two sisters who worked in the cafeterias of two New Canaan schools are accused of stealing nearly half a million dollars from the cafeterias over a five-year span, according to New Canaan police. Police arrested 67-year-old Marie Wilson, of Wilton, and 61-year-old Joanne Pascarelli, of Stratford, over the weekend.  The investigation started on Dec. 21 when the New Canaan Board of Education filed a complaint with the New Canaan Police Investigative Section about the handling of cash at the Saxe Middle School cafeteria and the New Canaan High School cafeteria, according to police. Investigators monitored both cafeterias, conducted around 20 interviews, examined financial records and identified the two suspects, police said.

Pascarelli worked in the Saxe Middle School cafeteria while Wilson worked in the New Canaan High School cafeteria. They are accused of stealing $478,588 between 2012 and 2017, according to police. Board of Education officials did not reply to a request for comment from The Associated Press.

You wanna know what’s a thankless job? Being a lunch lady. Lunch lady doesn’t usually come up when talking about shitty jobs but it should cause it might be the shittiest job of all. I’d rather be a lunch lady at a maximum security prison than a lunch lady at a high school cafeteria. Wearing a stupid hairnet and putting slop onto the plates of moody judgmental teens who don’t even look you in the eye day in and day out sounds AWFUL. I wouldn’t wish that upon my worst enemy. So I don’t blame these two lunch ladies for stealing a bunch of money. I’d do the same thing.

Were they breaking off a percentage of the kids’ lunch money? I hope so. Robbing kids of their lunch money would feel so good. It’s kinda the perfect crime (minus the part where they got caught and arrested). The kids probably didn’t notice cause it’s not their money. It’s their parents’ money and parents have no idea what’s going on or how much their kids are spending on lunch every day. So these lunch ladies took advantage of it. A dollar here. A dollar there. That shit adds up to the tune of almost $500,000 over the course of 5 years. Not too shabby.