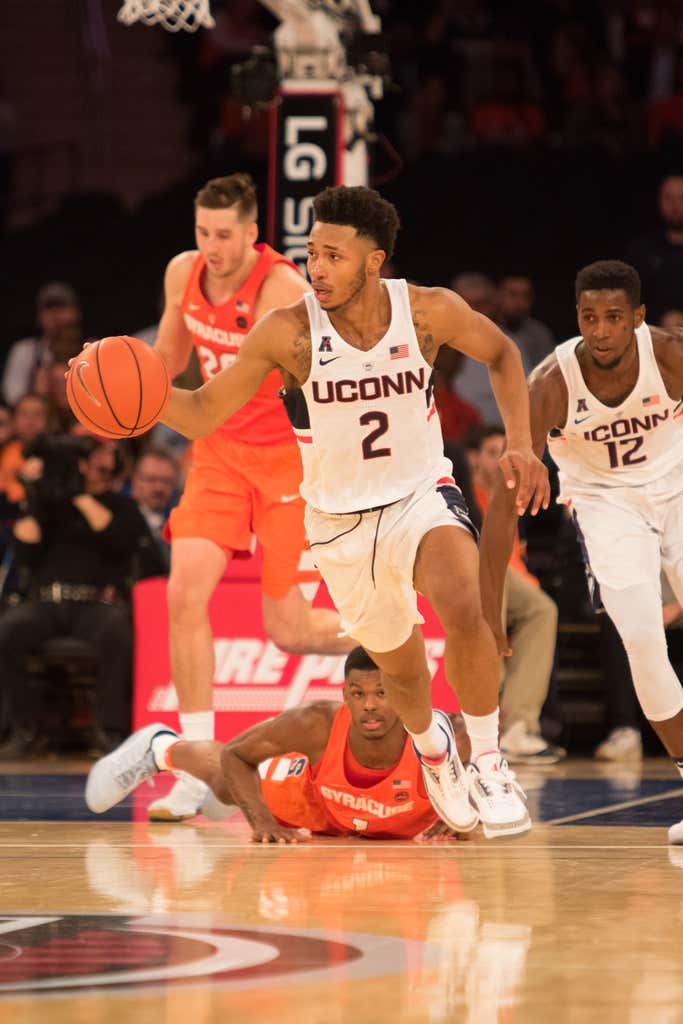 Going a bit different today. Within the last 10 years we’ve heard all about realignment and how it’s really playing a major role in college basketball. It matters when it comes to recruiting, rivalries, how we view a program, success, etc. There’s a lot going on. Now, I’ve talked about how I plan on taking over as commissioner of college hoops at some point in my life, so I’m going to take a stab at this today.

Obviously the premier conference when you think of college basketball and it should be treated that way. They get to keep the four Carolina schools, which just makes sense. They also keep Virginia, who is an ACC staple. Throw in Kentucky to add to the history and immediately get a home and home with Duke and UNC? Yes, please. Oh and bring back Maryland and Duke rivalry? This is the conference we deserve. The other key addition here is Florida, which provides some recent history and Georgia Tech has another southern team there.

Let’s be honest here. This is what everyone wants. Essentially the original Big East back and adding Notre Dame. The games will have Bill Raftery on every call and be played on Monday nights. It’s time to make things right and just run this Big East back to keep the people happy. Probably the easiest thing I’ll run on in order to win my commissioner title. Can’t wait to watch those games played in the 50s.

Not much change here, just adding Marquette and Iowa State. We’re keeping the midwest at heart here but adding two rivalries. I want to see Iowa-Iowa State have a home and home each year and then Wisconsin/Marquette getting a Milwaukee/Madison game too. Keep all the traditional Big 10 rivalries with Michigan/Michigan State, Ohio State and those teams and Indiana/Purdue. The must for this conference? Sunday afternoon games once football ends.

Pretty much should just call this the Texas conference. I’m giving them Houston and Texas A&M to add to Baylor, Tech and Texas in the conference. Also going to throw in Wichita State to add to the Kansas factor and another rivalry for the Jayhawks. Again, the home and homes here are simple and this conference makes the most sense from a geographical standpoint. It’s also a pretty damn good conference.

I started this conference with the first five teams, not sure where else to put them. But, you get a Xavier/Cincinnati home and home every year. You get Huggins and Cincinnati. Butler and Xavier. Creighton and Nebraska. Those all make sense. The problem for me was who else to put in here? TCU just misses out on the Big 12 as I gave Houston the nod over them. Penn State continues to be in no mans land and Virginia Tech is the odd man out as this is strictly for basketball reasons. Travel is going to be the biggest pain in the ass here, but this is where these teams end up.

You lose Florida and Kentucky in order to get Clemson, Florida State and Miami. The SEC, though the second best conference this year, is never thought about when it comes to basketball. It always tends up to being Kentucky/Florida and the rest. So this league we’re going to make more wide open on a regular basis. Is it going to draw a bunch of eyes? Probably not. But, the SEC stays pretty set in a geographic standpoint.

Now we start to head to the west coast and figure out how to make the Pac-12 better again. This conference are the teams that tend to be better year-in and year-out or at least have the potential to be. We’re going to throw in San Diego State, because I have a soft spot for them back from the day when they had to play games on Versus. We keep Gonzaga/St. Mary’s. You keep the California schools and unlike the Pac-12 we get a home and home with Arizona and UCLA every year. This is already a step up from the Pac-12 for that reason alone.

Now, what do you do with the leftovers of the Pac-12? You throw them in a conference with names like UNLV, Nevada and BYU. Then you add in some mid-majors that are up and comers in New Mexico, New Mexico State and Grand Canyon. I mean imagine that GCU environment with more known teams coming through and being in one of the better conferences in America. Also the BYU/Utah Holy War 2x a year? Yeah, I’m here for that too.

Finally, the hodgepodge conference. You can’t just leave out some of these teams, so these are the ones that all feel like they should be decent and you never know what you’re going to get. Memphis, Ole Miss and Middle Tennessee all trying to recruit in Memphis. Davidson/Vanderbilt battling for all the smart kids. This will probably end up being talked about like the AAC right now to a degree as you have teams like Memphis/Temple needing to be good.