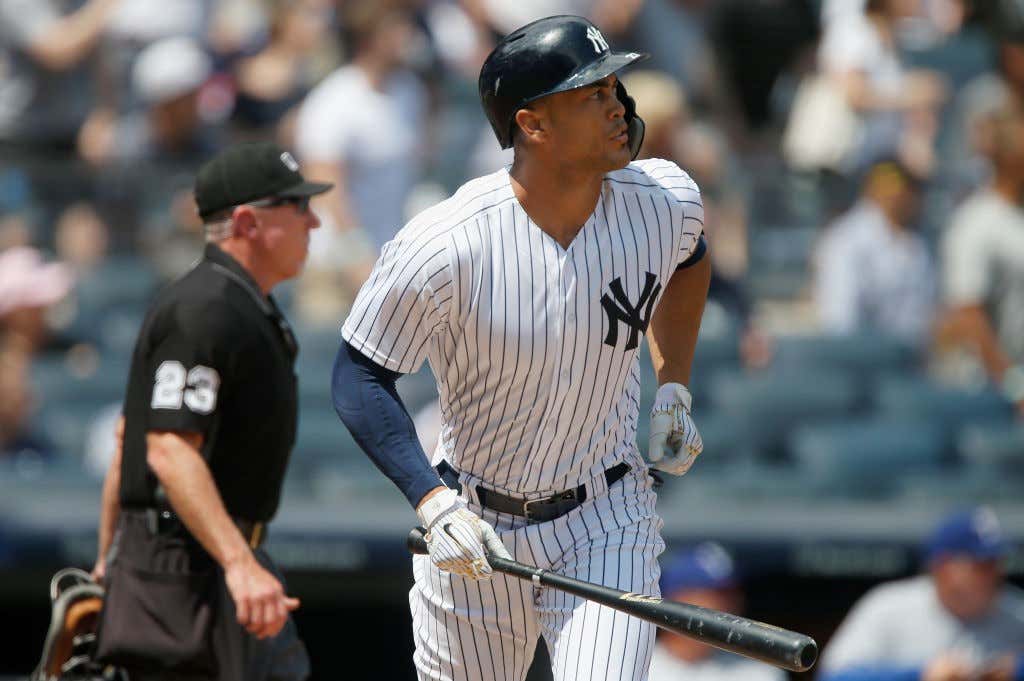 It took fourth months for alien-cyborg Giancarlo Stanton to arrive, but my goodness is this a sight to see. August Giancarlo has been a menace behind the plate and I almost get disappointed when he steps to the dish and doesn’t hit a ball out of the park. This past week, he hit five home runs and all of them were blasts.

Last August, Stanton went on a stretch we haven’t really seen from any kind of player in quite some time: .349/.433/.899 with 18 homers and 37 RBIs with a 1.332 OPS. It was unbelievable. It took baseball by storm and made him a must-watch at bat whenever he came up in Miami. Now we’re not going to see that kind of stretch this August, but this recent home run binge has been fun to watch. Since Judge fractured that bone in his wrist, many looked to Stanton to put the weight of this team on his shoulders. He’s essentially done just that, even while nursing a hamstring injury that has prevented him from playing the field.

Right now he’s at six homers and 12 RBIs in August, with a triple slash of .313/.382/.750 and an OPS of 1.132. For all the unnecessary shit New York gave him in April, he’s made us forget about that real quick. Boos have turned into oohs and ahhs. He’s even got Jared tweeting about him again because he can’t help himself.

Get your motherfuckin’ popcorn and enjoy the show. He’s currently up to 30 bombs and 76 RBIs and there’s no reason in the next month and a half he can’t push those numbers up to 45 and 110 with the potential he has.