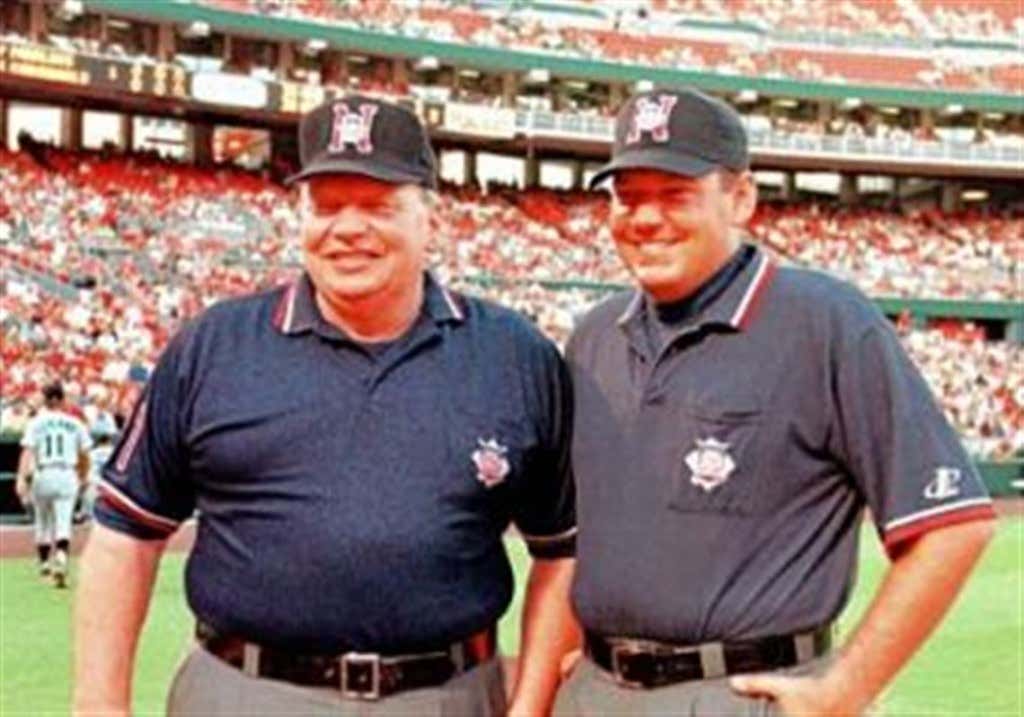 It is a special day for longtime National League Umpire Harry Wendelstedt in his final season as he works behind home plate in a game between the San Diego Padres and Atlanta Braves at Qualcomm Stadium. The second base umpire for the game is his son Hunter Wendelstedt, a minor league umpire, serving as vacation relief. It is the first time in baseball history that father and son worked as umpires together.

Harry Wendelstedt was also known for his umpiring school located in Ormond Beach, Florida. The school was founded and run by Bill McGowan in 1938. After McGowan passed away, it was run by Al Somers who mentored Wendelstedt, who took over the school in 1977. The school has trained more umpires that have worked in the majors than any of the other umpiring schools combined. Among the umpires trained were Harry Hunter Wendelstedt III who was born June 22, 1971, who followed in his father’s footsteps.

Assigned mostly to the Pacific Coast League in 1998, Hunter Wendelstedt was one of several vacation relief umpires that would be called up during the season. In a Tuesday Night Game in San Diego, he got his chance to work on his father’s crew as the Padres beat the Braves 3-1 in what would be a preview of that October’s NLCS. It was the first time in the history of Major League Baseball that father and son were on the same umpiring crew. The historic familial moment came not a moment too soon, as the Harry Wendelstedt Sr., the patriarch of the Wendelstedt family died a few days later after seeing his son and grandson make history.

Hunter Wendelstedt has taken over his father’s famous umpiring school, running it since he passed away in 2012.