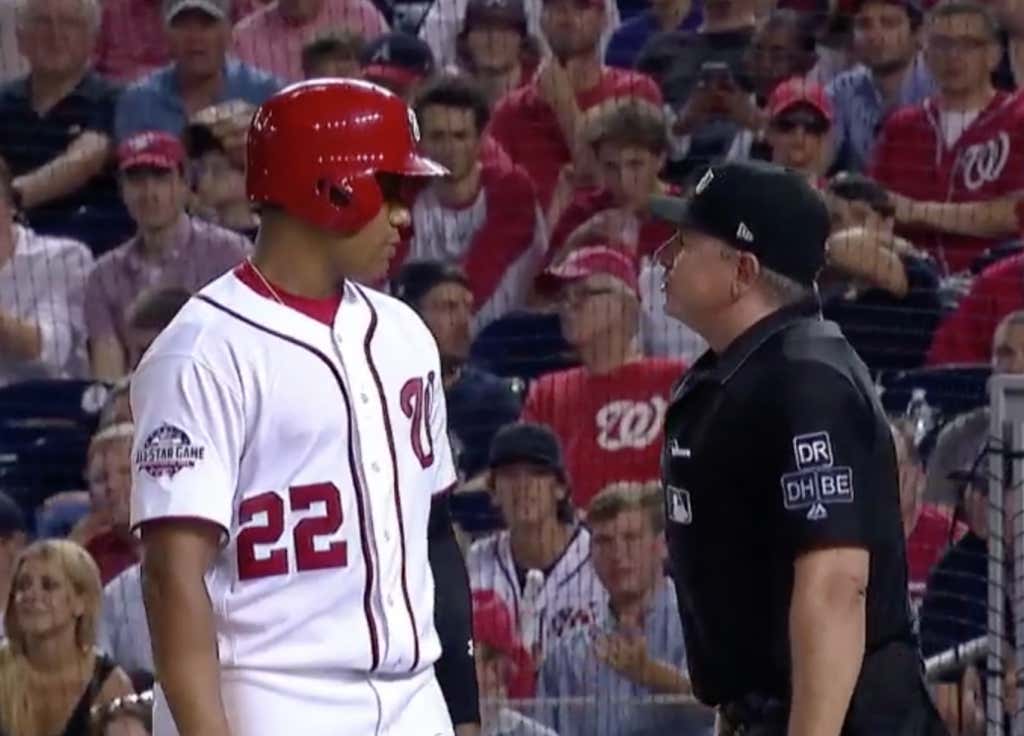 Another day, another reminder that umps believe that fans pay money to go to the park to see them. I mean players are cool, but you know what’s cooler than seeing Juan Soto hit a home run? Greg Gibson defending his precious manhood and tossing Soto for even speaking to him. You go, Greg Gibson! When your zone is all over the place all night and finally someone speaks up, instead of getting better, it’s best to just toss them. How dare someone hurt your feelings even a little bit! And that’s what fans love to see. And good thing Gibson, a grown adult, manned up and answered questions about it after the game:

Oh wait, they don’t do that either. Umps aren’t held accountable for anything. They just make it all about themselves, do a shitty job, and then go home.

It’s insane when you see the amount of chirping that goes on between hockey players and refs, and then see an ump toss a player because he doesn’t like the way he looked at him. MLB umps are so fragile, so egotistical, and it makes sense because they are so protected by the league, for whatever reason. It makes no sense why umps are so protected instead of encouraged to be better. And to stop being such bitches about questionable calls. Guess what? Some calls are close. Some are wrong.

At the end of the day, Soto just wants to help: